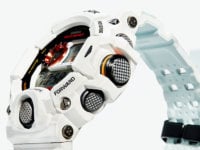 There’s a new limited edition Rangeman coming soon and it will be the first white Rangeman (though technically it’s a very light gray which is often referred to as ice gray). The G-Shock GW9400BTJ-8 Rangeman is a limited edition watch produced in collaboration with Burton Snowboards and Casio.

Burton Chief Creative Officer Greg Dacyshyn says the theme of this special edition Rangeman is “survival in any situation.” The winter-styled watch features a standard LCD display and black coloring for the lettering, buttons, and front screws, plus a black ion plating for the band keeper (featuring Burton logo) and buckle. It also has emergency orange accents on the face and sensor button for better visibility in the snow. The band has a printed “digital winter camouflage” pattern with the inside of the band painted light blue. This camouflage pattern consists of white, gray, and light blue shades and looks like digital-style camouflage with its block-like design. The band has a carbon fiber insert which is an upgrade over the standard GW9400 Rangeman. The case back has a custom engraved Burton logo with the tagline “Standing Sideways Since 1977” (pictured above).

G-Shock U.S., G-Shock Asia, and G-Shock Australia have announced the Burton G-Shock Rangeman, with model number GW-9400BTJ-8 for the Asian release. G-Shock Japan has also announced the GW-9400BTJ-8JR for the JDM release. The GW9400BTJ-8 will get a December U.S. release with a list price of $480, and will be available at the G-Shock NYC Soho store and select department stores and retailers.

Burton Snowboards is the largest snowboard company in the world and was founded by Jake Burton in 1977. The GW-9400 Rangeman is one of the best-selling Casio G-Shock models and features shock resistance, 200M water resistance, Triple Sensor with altimeter-barometer-compass-thermometer, Tough Solar power with rechargeable battery, and Multi-Band 6 radio time-syncing. Other useful features for snowboarding and winter sports include low temperature resistance, sunrise/sunset data, and a guarded button design for increased protection against impacts. This is the second Burton Snowboards and Casio G-Shock collaboration, the first being the barometer and thermometer sensor-equipped GDF-100BTN-1 in 2012. 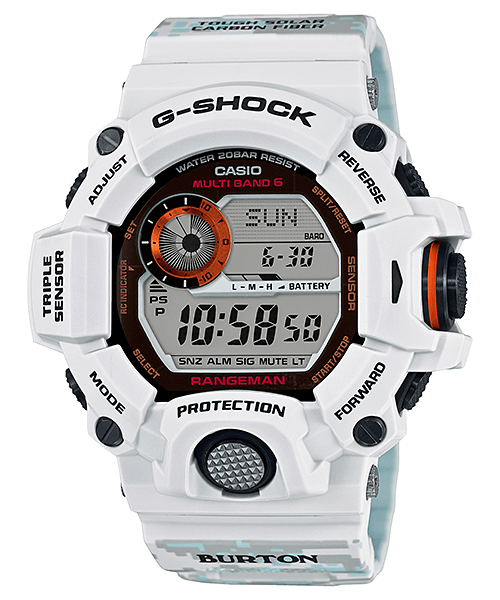 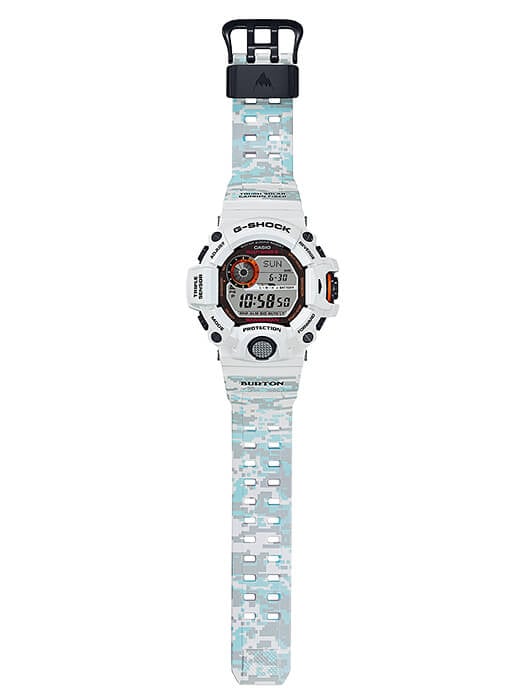 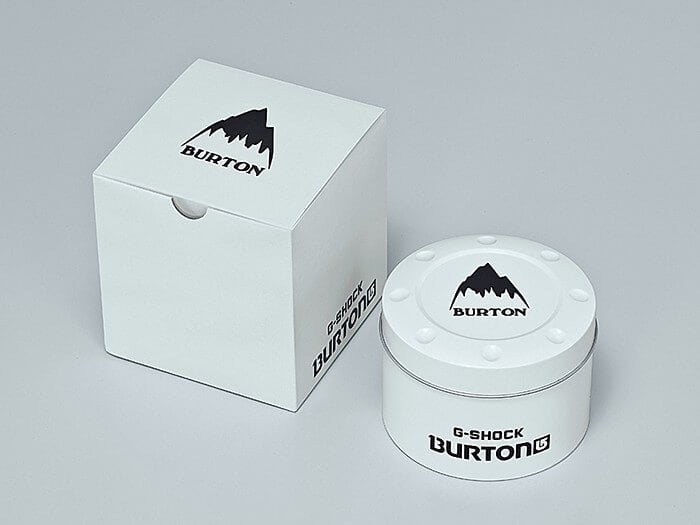 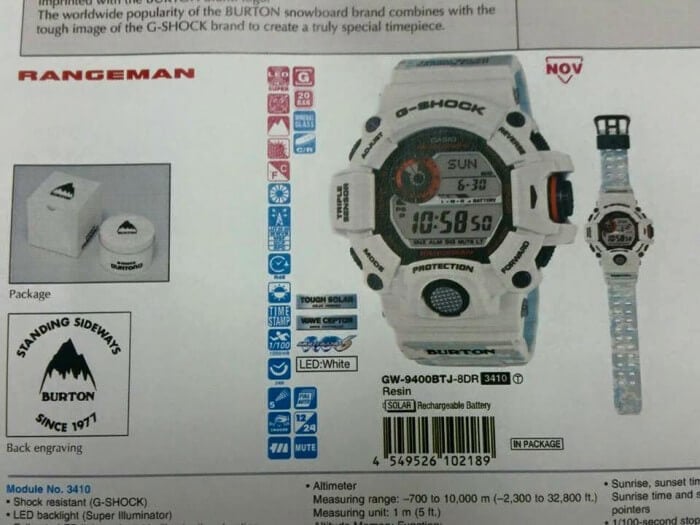 It’s coming soon. We will post more information and links above when it’s available.

It just arrived in Singapore