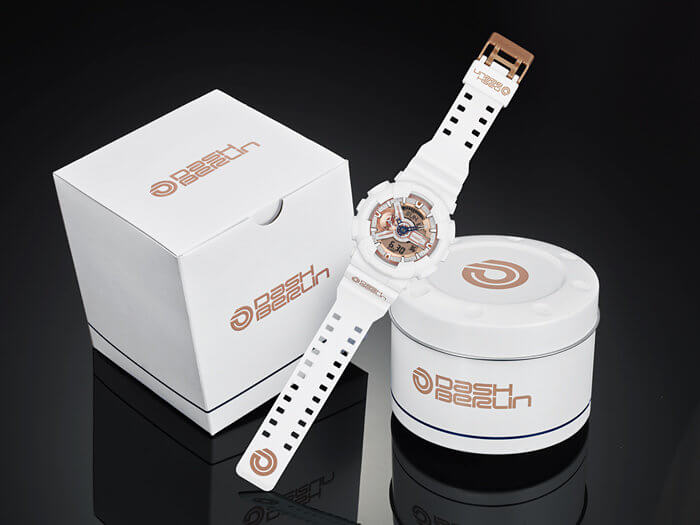 Casio has teamed up with Dutch EDM DJ Dash Berlin to release the limited edition G-Shock GA-110DB-7A. This white collaboration watch designed by Dash has a face and buckle with rose gold accents to represent luxury and quality. Other design elements include Dash Berlin branding on the face, bands, band keeper, and engraved case back. The watch has an all-white bezel to represent the blank canvas of life, and comes in special packaging with a Dash Berlin-branded tin and box. 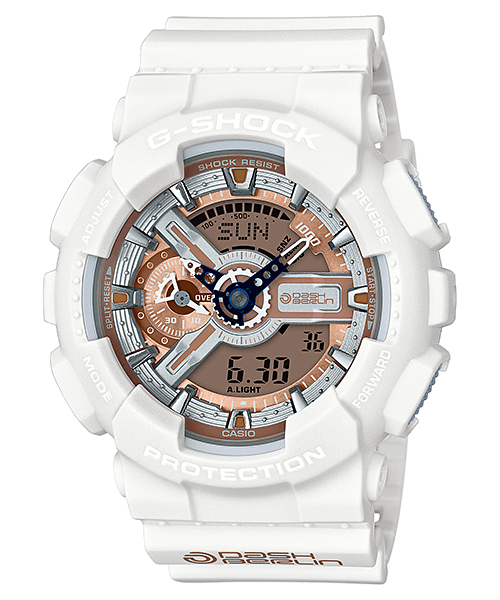 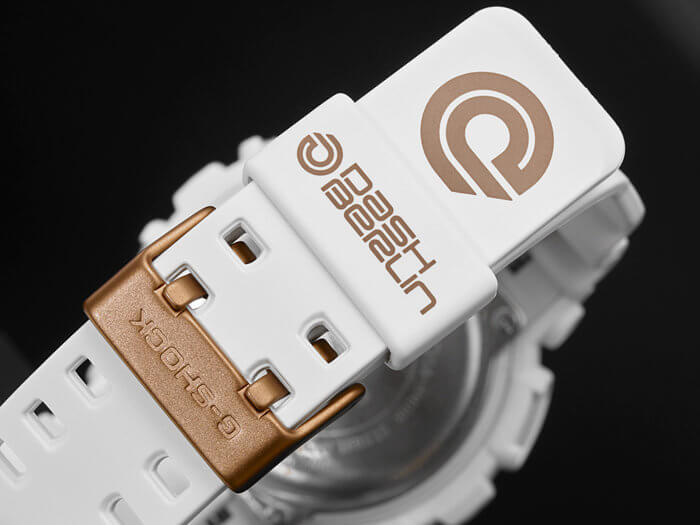 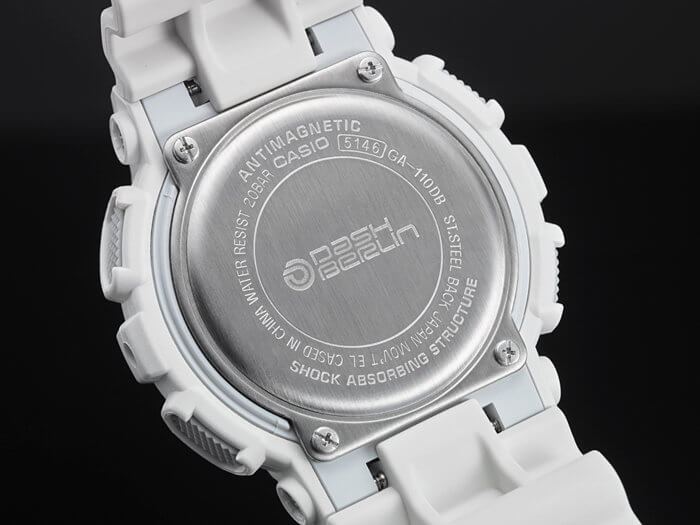