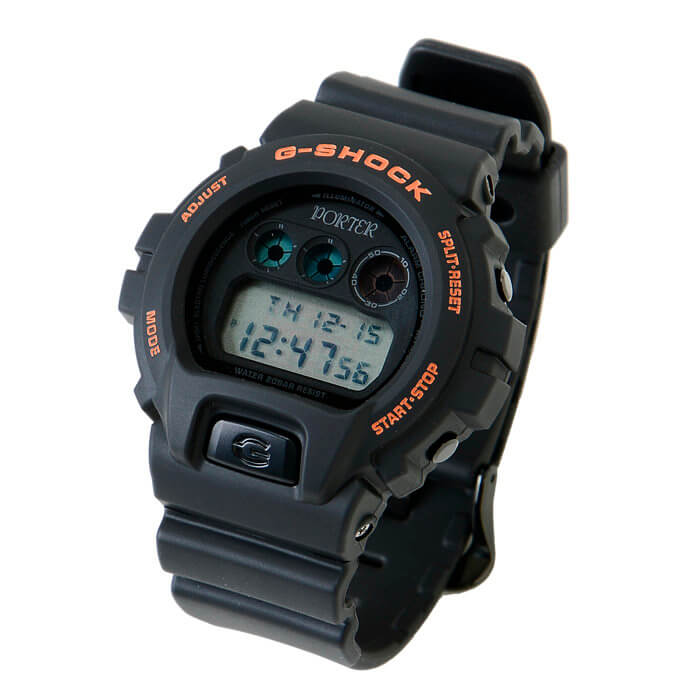 Japanese bag-maker Porter is following up last year’s G-Shock G-5600E 80th Anniversary watch with a G-Shock DW-6900 collaboration for 2017. This Japan-made limited edition watch features a black IP finish on the buttons and buckle and Porter’s signature orange color for the bezel lettering. Porter branding adorns the face, EL backlight, and engraved case back. The case back displays the dates “1935” and “1962” to commemorate the founding of Yoshida & Company and the introduction of the Porter brand. A Porter-branded tin and box features a graphic of the watch with the time showing “19:35.”

The Porter x G-Shock DW-6900 will be available at three Kura Chika Yoshida stores (Omotesando, Marunouchi, Osaka) and the Porter Stand store on February 4, 2017, and at Kura Chika stores nationwide on February 11, 2017. The retail price is ¥20,520 JPY with tax included. 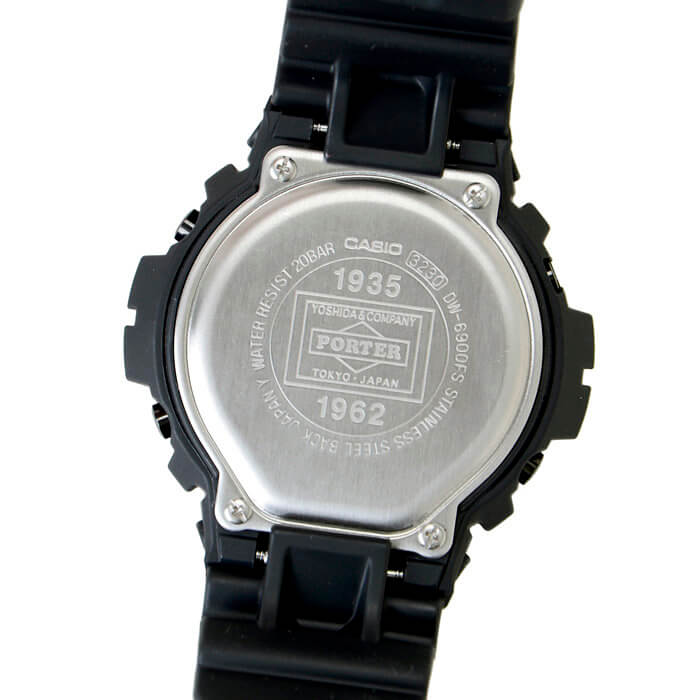 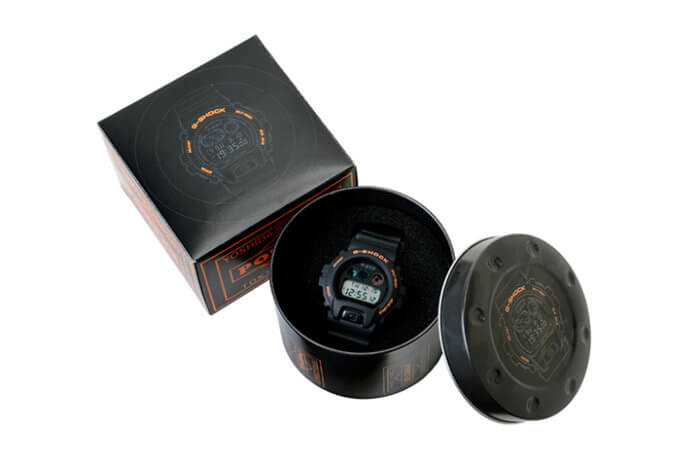