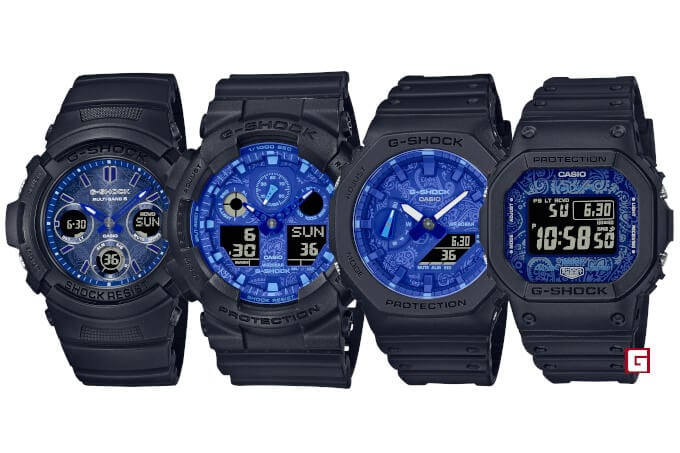 An April release for Japan, the Blue Paisley Series adds a classic paisley pattern to the dials of four popular G-Shock watches. The paisley pattern, with its teardrop-like motif, was a textile design that originated in Persia and spread to the west in the 18th and 19th centuries. More recently, it became very popular during the psychedelic era of the 1960s, thanks in part to The Beatles.

The series includes three mid to large-size analog-digital models and one Bluetooth-equipped digital model. The GW-B5600BP-1 is somewhat unique compared to other GW-B5600 models in that the pattern spans both of the outer sections of the face. Some (but maybe not all) of these models will likely get a wider release. 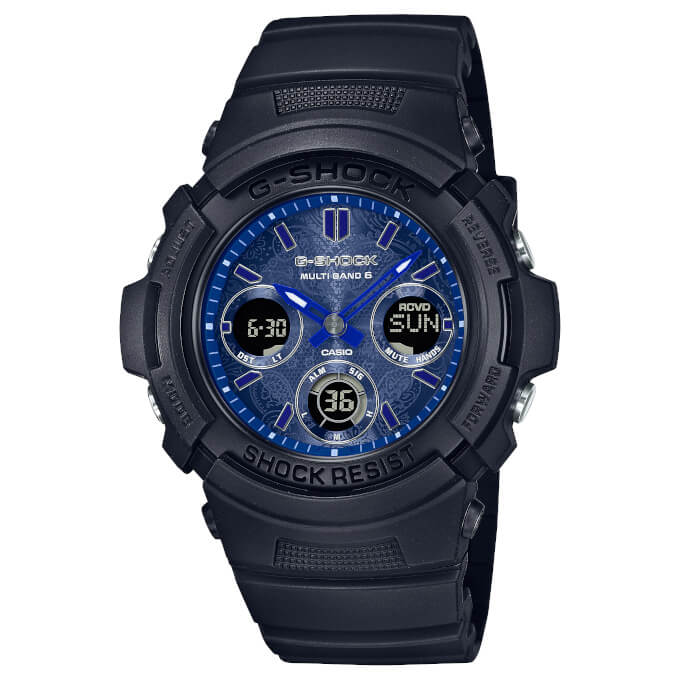 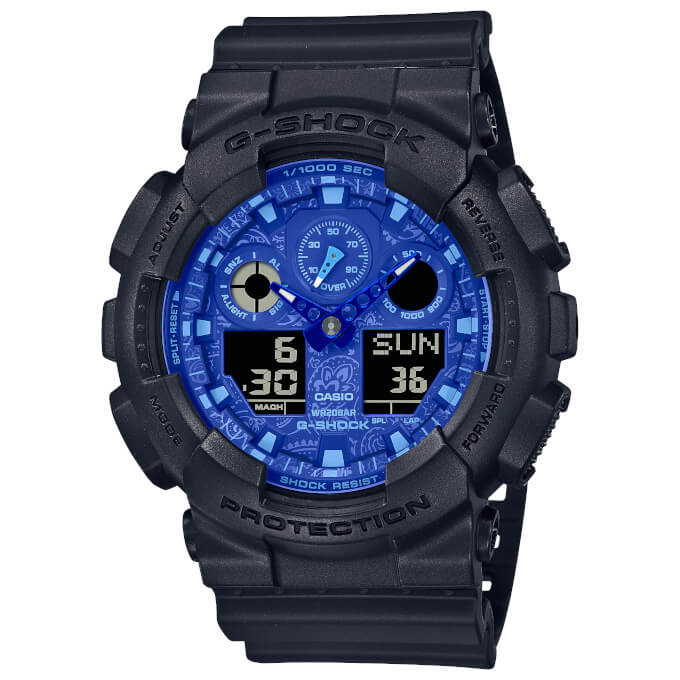 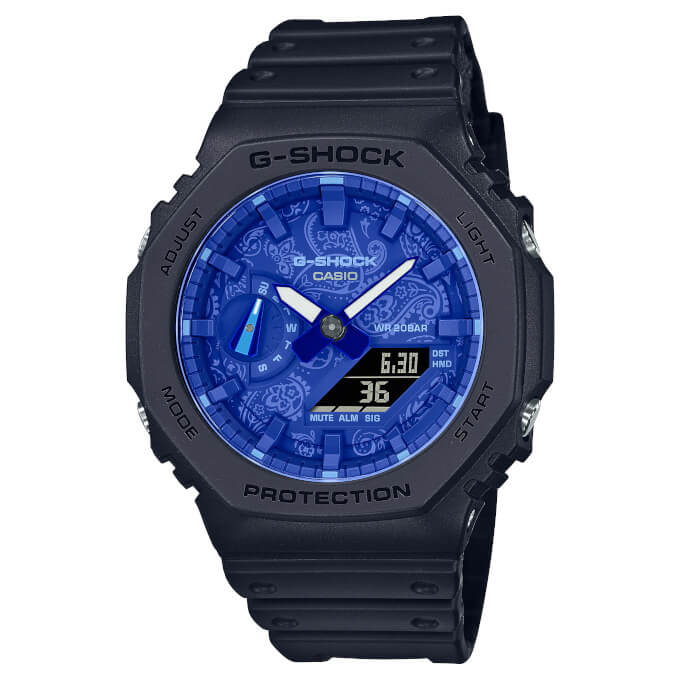 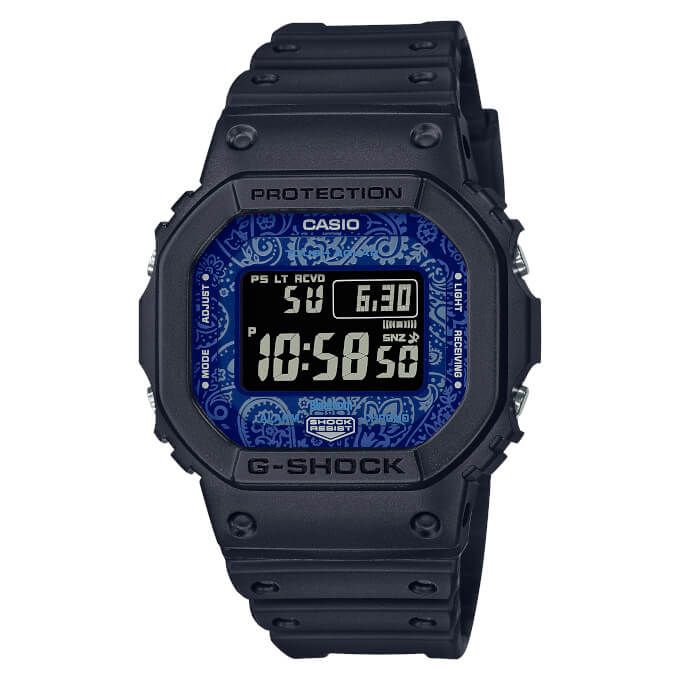 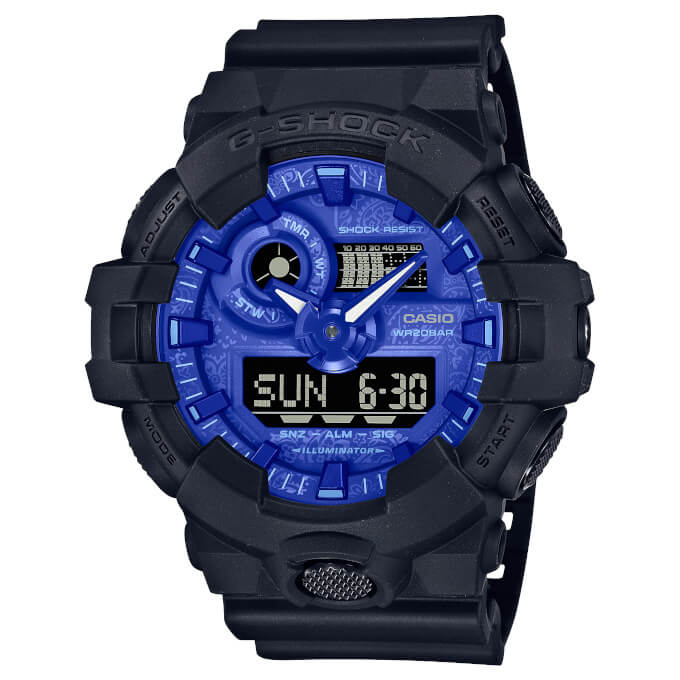