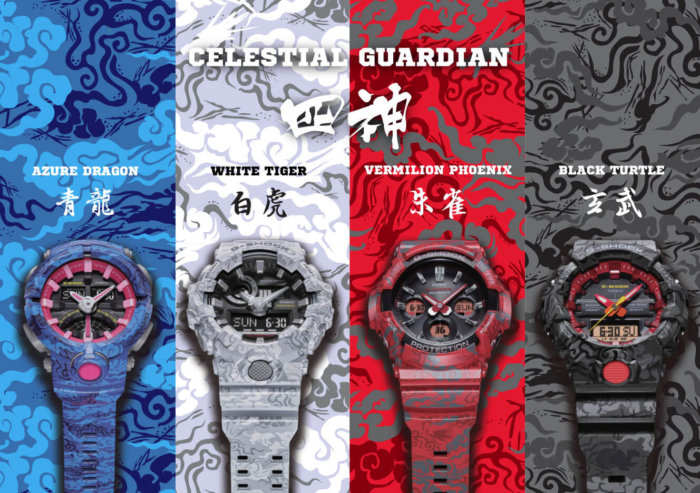 Casio is releasing a series of four G-Shock watches inspired by Chinese mythology in a collaboration with acclaimed Singaporean artist and graphic designer Jahan Loh (Facebook page, Instagram). The G-Shock Celestial Guardian Series is inspired by the Four Symbols, celestial beasts that correspond to a specific season, cardinal point, and quadrant of the sky. The Azure Dragon, Vermilion Bird, White Tiger, and Black Turtle are considered protective guardians that keep the world in order.

Each watch in this limited series represents one of the four beasts: GA-500CG-2A the Azure Dragon, GA-700CG-7A the White Tiger, GAW-100CG-4A the Vermilion Phoenix, and GA-800CG-1A the Black Turtle. A camouflage-like backdrop of clouds cover the bezels and bands which hide silhouettes of the celestial guardians. These unique designs offer a modern and stylish look with subtle influences from the traditional motifs. 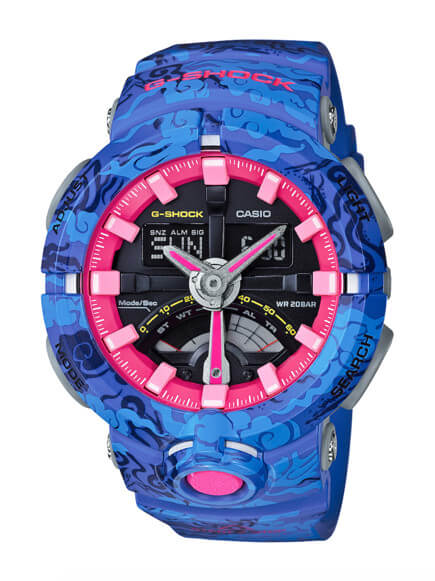 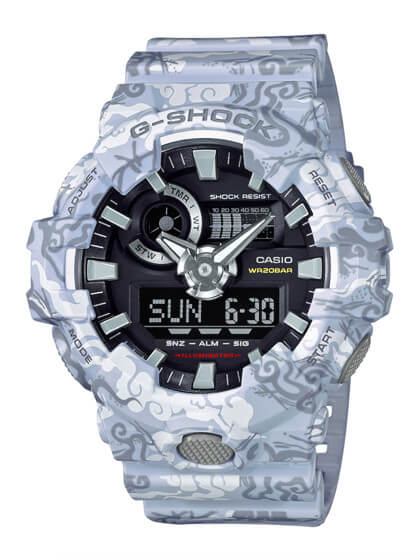 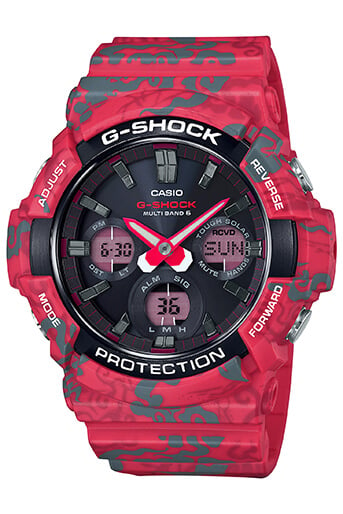 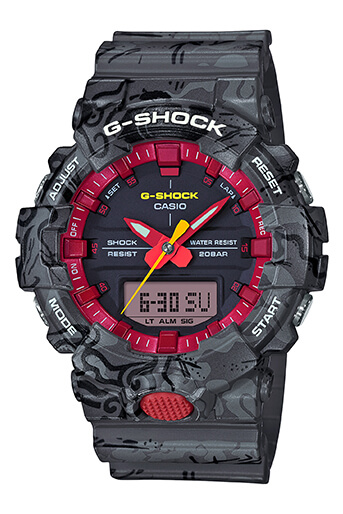 G-Shock GAW-100B & GAS-100B Black-Blue and White-Black
Disclosure: G-Central is managed by fans and supported by ads. We may earn a commission on purchases from our links to Amazon, eBay, and Reeds Jewelers. Please follow your country's official G-Shock site for additional release information.

Last month my sister stopped by the G-shock Soho NYC store and managed to pick up the last GAW-100CG-4A VERMILION PHOENIX they had left for me and I love it!!