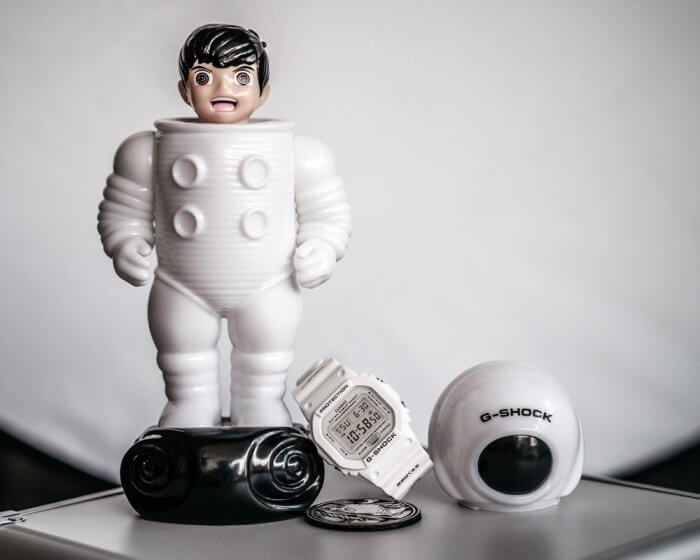 G-Shock is teaming up with Singaporean artist Jahan Loh once again to celebrate the 10th anniversary of the iconic ION Orchard shopping mall. The special release is a limited edition box set that includes a metal case, a custom G-Shock DW-5600 watch designed by Loh, and a spaceman figurine named “Rize” that has a removable G-Shock-branded helmet. This box set is limited to 50 pieces and will retail for S$399 at ION Orchard on August 17, 2019.

The custom bands on the white DW-5600MW-7 have a tropical leaf pattern in white and gray tones which is inspired by the lush greenery of the plantations found in Orchard Road in the past. The band also has the tagline “I Have Seen The Future” printed on it (in Chinese). The watch represents the futuristic present of ION Orchard while acknowledging the future growth of G-Shock.

Jahan Loh previously collaborated with G-Shock in 2018 for the popular Celestial Guardian Series. 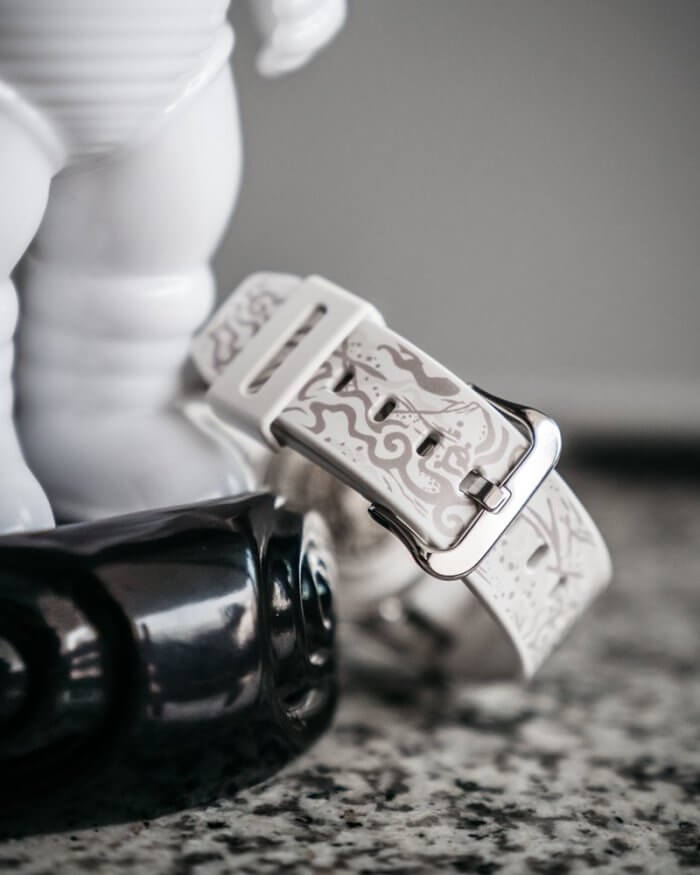 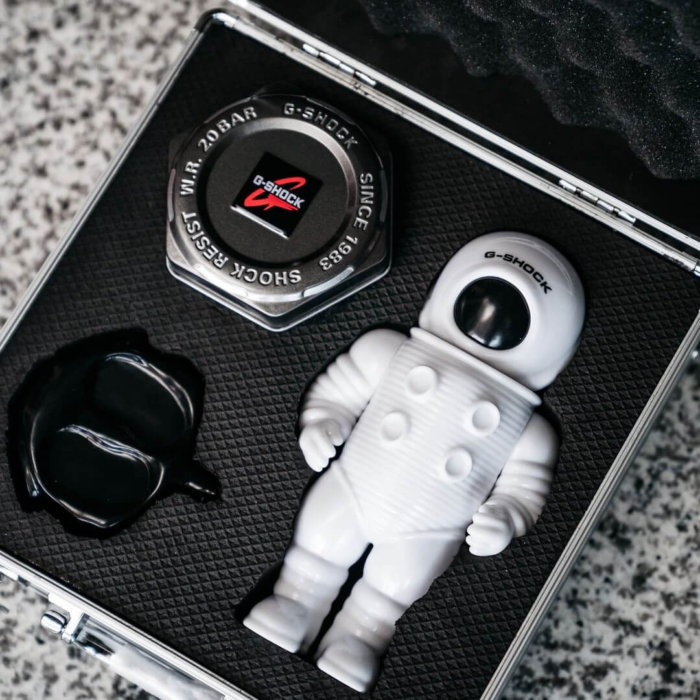