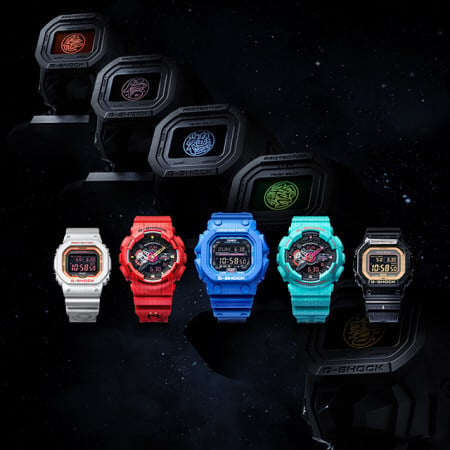 The G-Shock Five Tiger Generals Series by Singaporean artist Jahan Loh is currently available in China to be purchased as individual watches (except for the sold out GA-110SGG-3APFS). It was also available very recently as the GS-20SGT set that includes all five watches, but that set has sold out online (and appears to have sold out very quickly). The GS-20SGT had a retail price of 6,990 CNY (~ US$1,044). The set also includes the five helmet head cases and a special illuminated display stand that appears to have a built-in speaker.

The Five Tiger series is also expected to be released as individual watches in Japan (as the The Savage Five Series) and other Asian countries soon, but it’s not known if the full GS-20SGT set will be available outside of China. 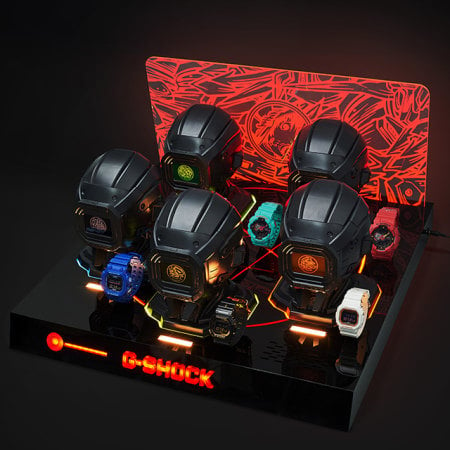 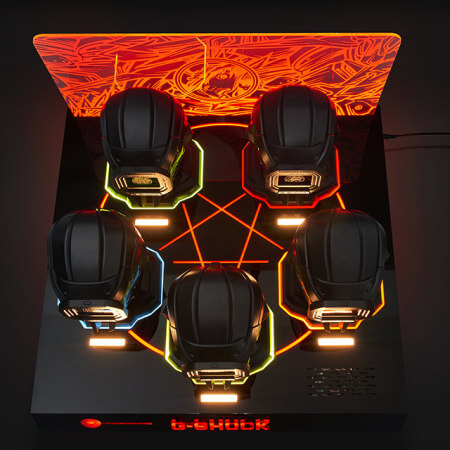