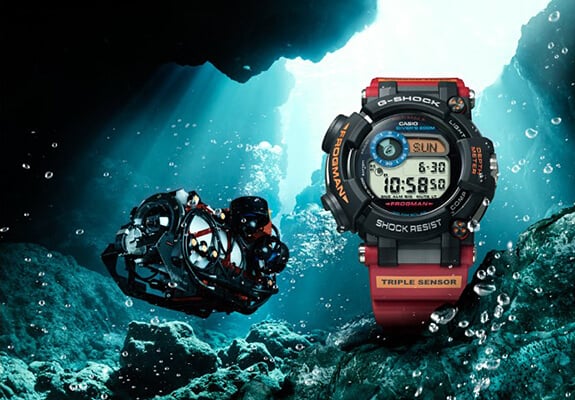 G-Shock’s premium ISO 200M diving line is getting another special release in October 2019. The G-Shock Frogman GWF-D1000ARR-1 is a collaboration with the Antarctic Research ROV, a remotely operated vehicle that is used to survey lakes.

The watch’s color scheme is based on the ROV’s colors of red, black, orange, and blue. A silhouette of Antarctica appears on the band, case back, and EL backlight. 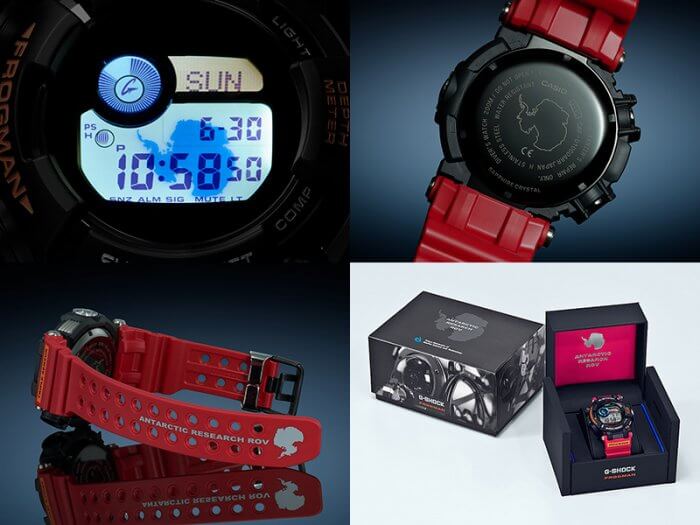 In January 2018, a G-Shock Frogman GWF-D1000 was installed on the ROV by the Tokyo University of Marine Science and Technology for a lake ecosystem study in collaboration with the National Institute of Polar Research. The attached GWF-D1000 served as an instrument to measure direction (with the compass sensor) and water depth, and it operated successfully in extremely cold water conditions. The GWF-D1000 is also equipped with a thermometer and tide and moon graphs and is powered by the Tough Solar system and Multi-Band 6 automatic timekeeping. Other premium features include a DLC coating, sapphire crystal, and carbon fiber insert band.

Update: The GWF-D1000ARR-1 will also be released in other Asian countries in October 2019. 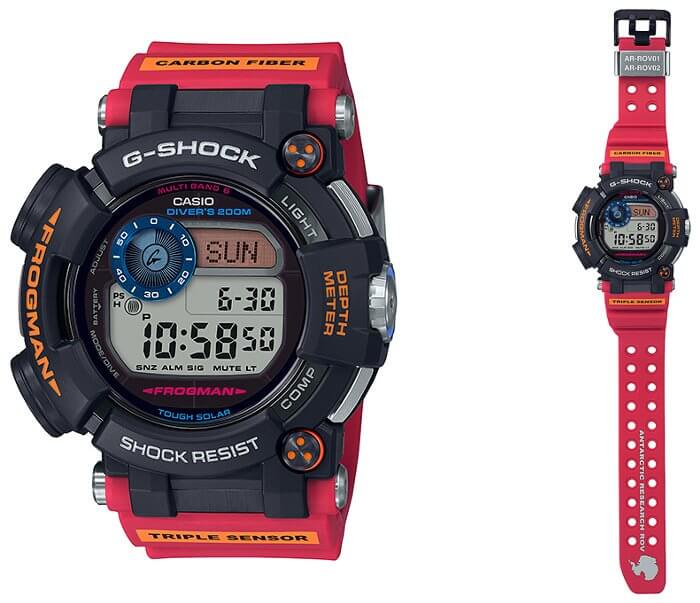