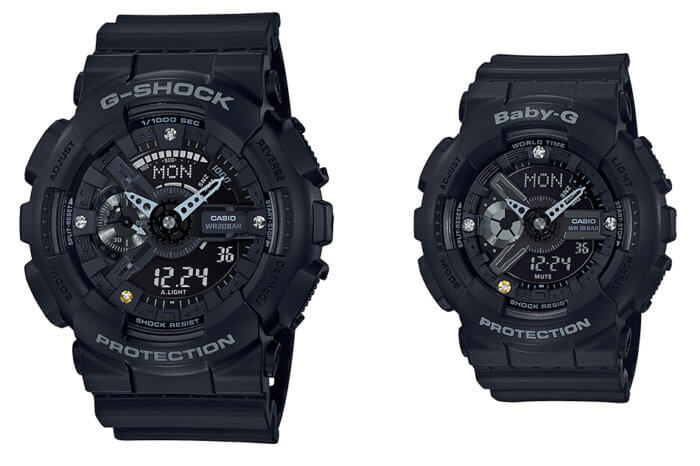 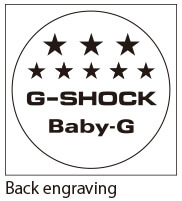 The G-Shock GA-135DD-1A and Baby-G BA-135DD-1A 35th Anniversary Diamond Index watches are basic black models featuring diamond hour markers at the 12, 3, 7, and 9 o’clock positions. The diamond at the 7 o’clock position has a gold ion-plated metal ring around it to symbolize the 35th Anniversary of G-Shock. Like the recent Casio A159WAD-1 and A159WGED-1 vintage-style watches with diamonds, these are genuine natural diamonds. The watches also have gold ion-plated stainless steel case backs with a special G-Shock and Baby-G engraving featuring the three-and-five-star anniversary design. This unexpected anniversary pair provides a subtle touch of luxury without being gaudy like a lot of the aftermarket iced out bling-style G-Shocks are. The G-Shock and Baby-G models will be sold separately. 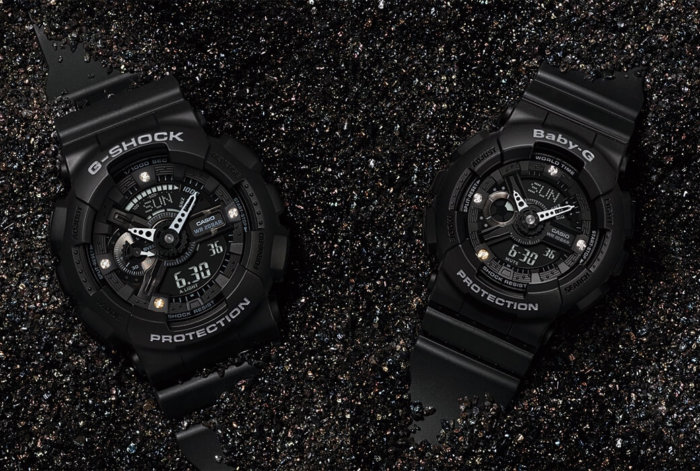 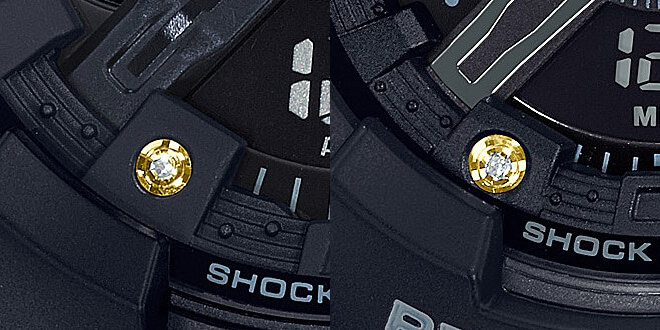 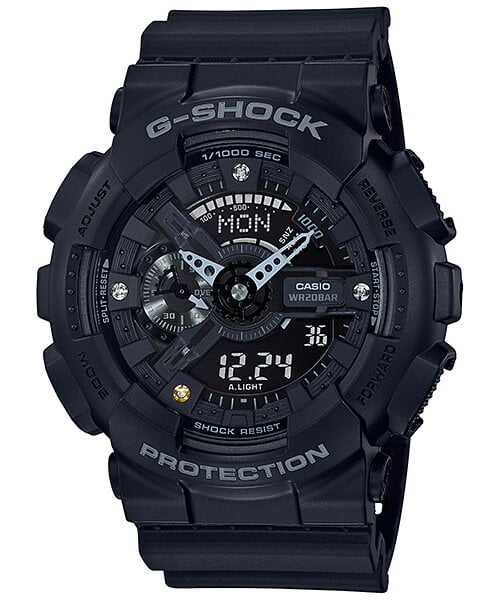 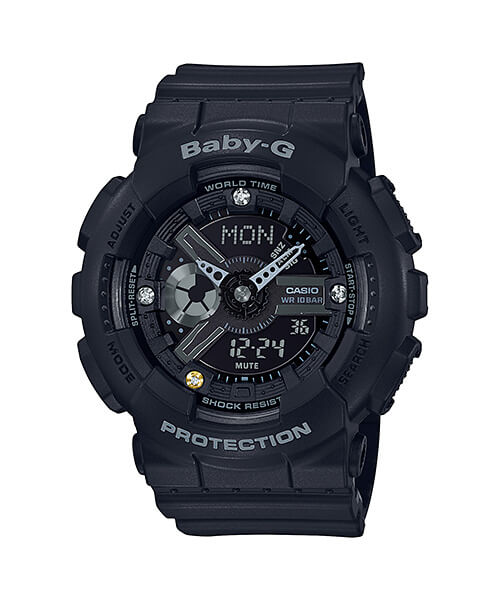 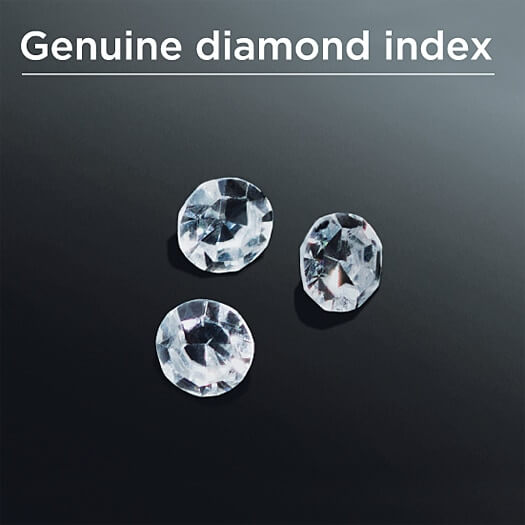