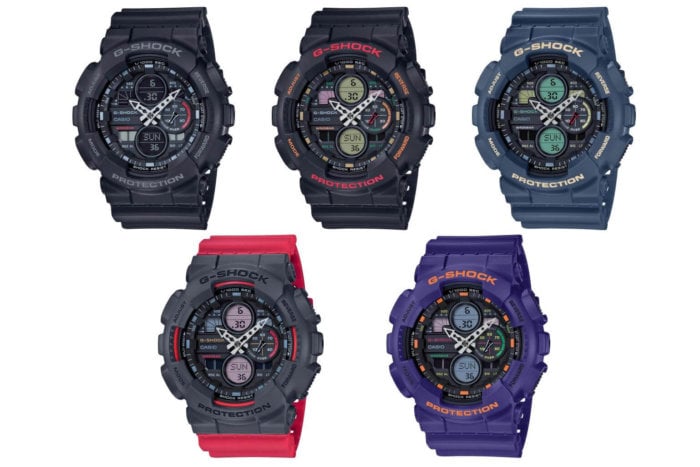 Casio Europe revealed the all-new G-Shock GA-140: a large analog-digital resin model with the same case and features as the best-selling GA-100/110 series and a new dial design. The dial is slightly asymmetrical with easy-to-read arrow-shaped hands. With its simple and straightforward layout, it’s likely to appeal to those who prefer the GA-100 over the GA-110. For those who don’t like negative displays, it should be noted that four out of the five debut models have standard/positive LCD displays. 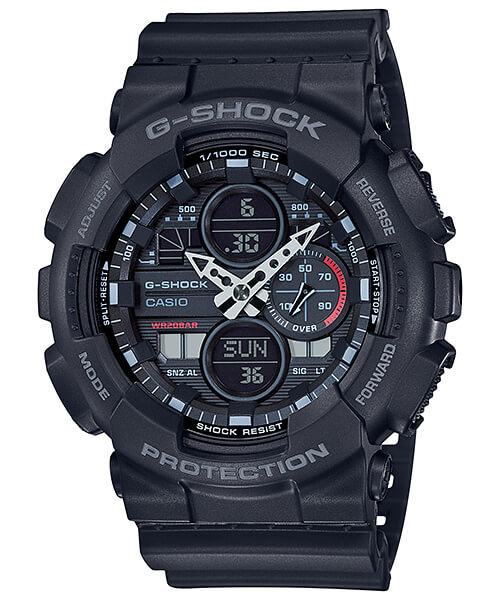 Black bezel and band with red and orange lettering and green accents. 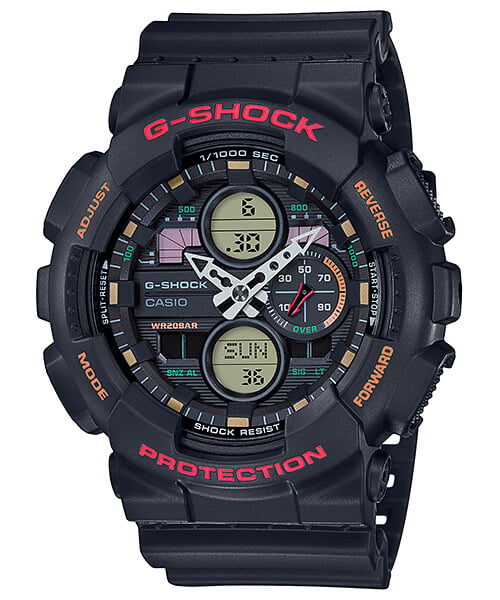 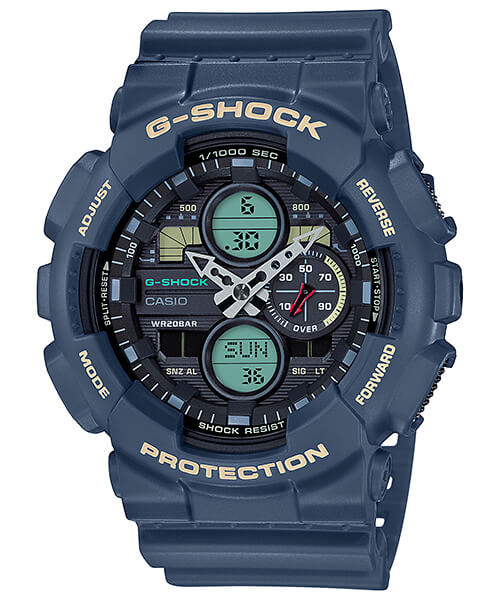 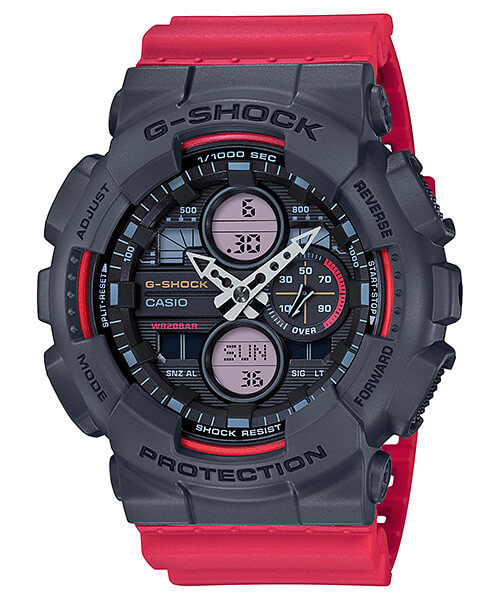 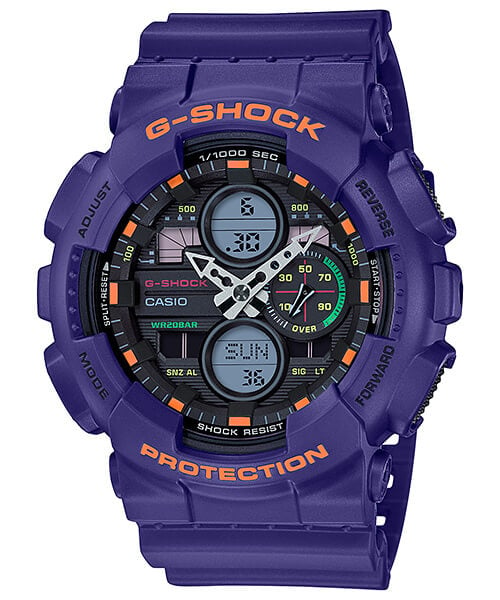 G-Shock GBX Black and Gold/Rose Gold Collection
Disclosure: G-Central is managed by fans and supported by ads. We may earn a commission on purchases from our links to Amazon, eBay, and Reeds Jewelers. Please follow your country's official G-Shock site for additional release information.