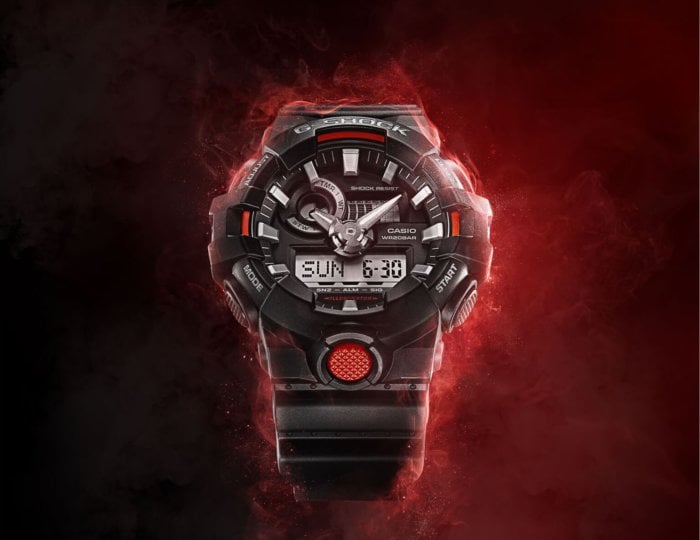 The all-new G-Shock GA-700 Series will make its debut in November with the black and red GA-700-1AJF (above, with positive LCD display), black GA-700-1BJF, and red GA-700-4AJF. This large case analog-digital model features deep 3D index markers and a front-facing Super Illuminator LED backlight button in a similar style to the Rangeman and Mudmaster. The GA-700 will be the main option for an affordable, extra-large analog-digital model with a front backlight button. Another unique feature is the dedicated stopwatch start button that will activate with one press from timekeeping mode, and a target time alert. The list price for the GA-700 models is ¥14,500 JPY each. 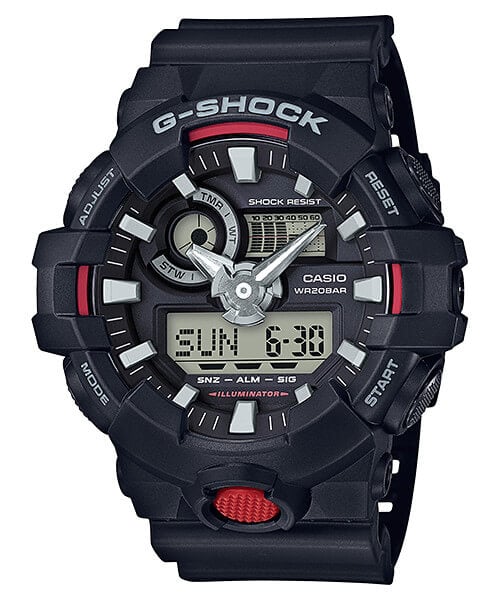 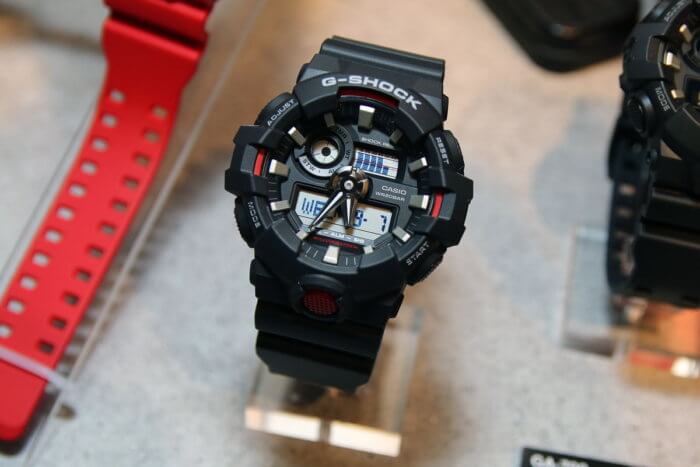 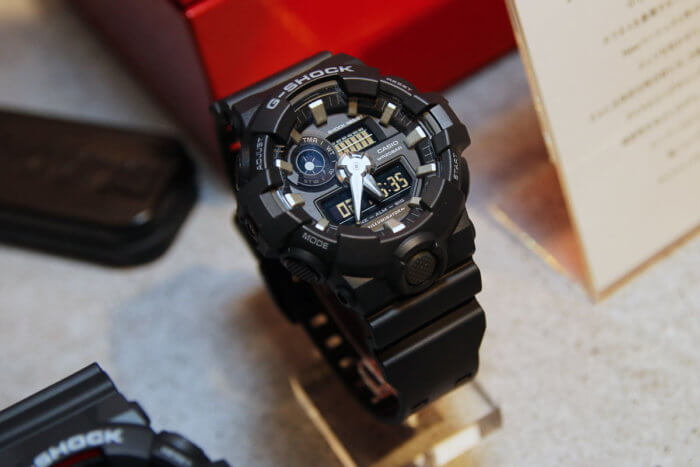 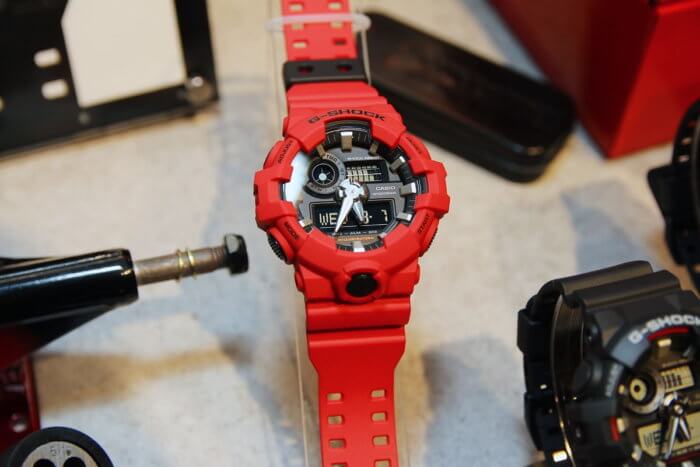 G-Shock GA700-1A discontinued in U.S. and other countries

G-Shock Gravitymaster Aviation Watches Buying Guide
Disclosure: G-Central is managed by fans and supported by ads. We may earn a commission on purchases from our links to Amazon, eBay, and Reeds Jewelers. Please follow your country's official G-Shock site for additional release information.