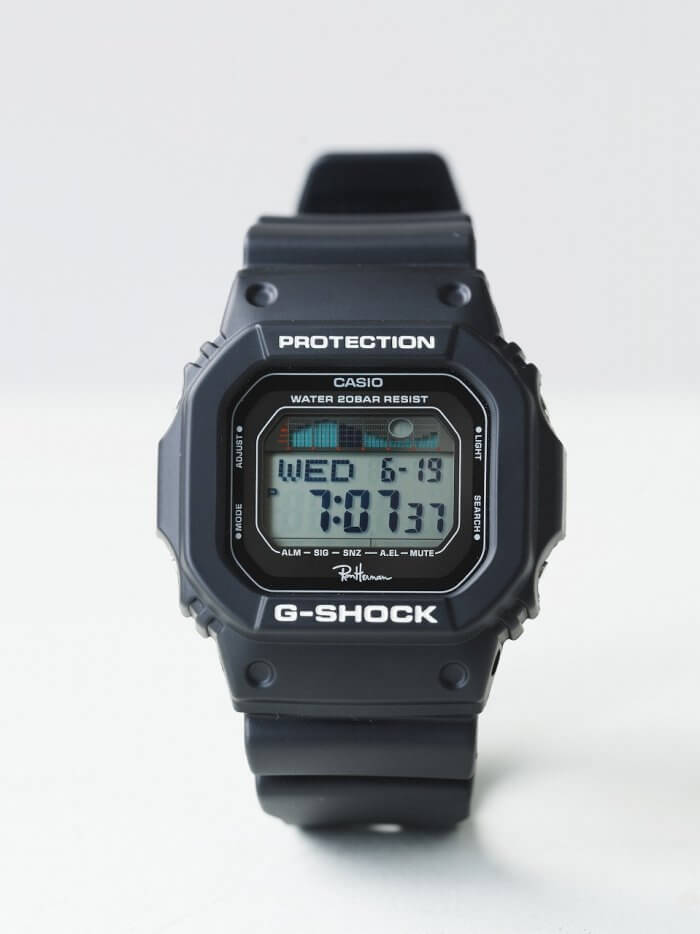 Ron Herman in Japan is releasing another G-Shock collaboration this year, this time as part of its 10th anniversary collection to celebrate the opening of its first store in Japan. The California-inspired fashion brand, founded by its American namesake in 1976, became a very popular lifestyle brand in Japan and now has thirteen stores there.

The limited edition watch is a matte black GLX-5600 with a Ron Herman logo on the lower face and a special 10th anniversary engraved case back. Ron Herman Japan has been a regular collaborator with G-Shock over the years and usually uses a G-LIDE surfing model with a tide and moon graph as the base. 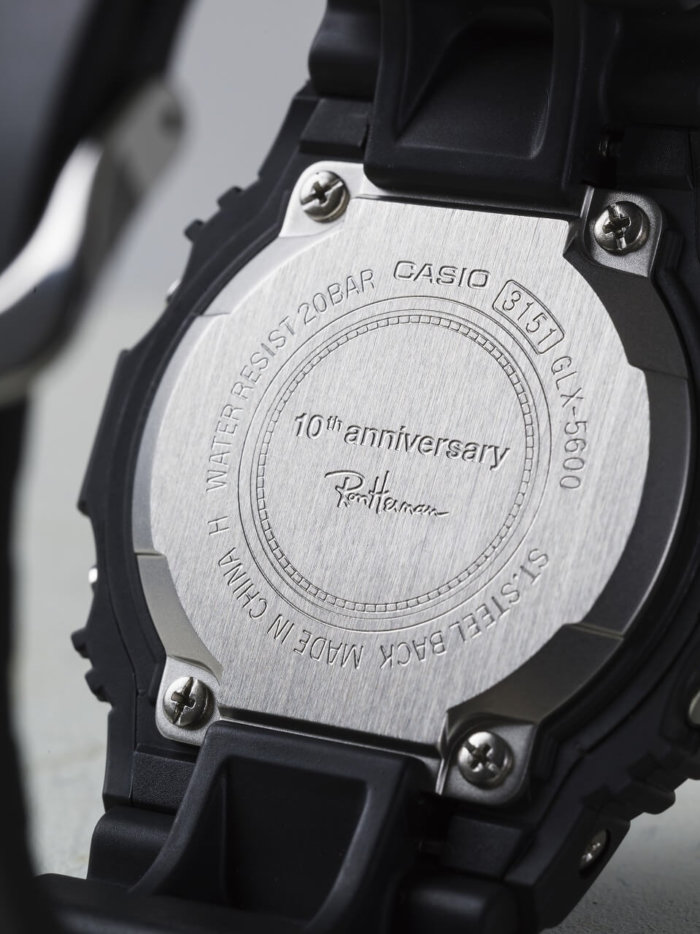