G-Shock Japan is releasing the Master in Olive Drab Gravitymaster Collection in June 2017. This military-inspired series of G-Shock aviation watches includes the GA-1100SC-3AJF (left), GPW-2000-3AJF (center), and GW-4000SC-3AJF (right). All three watches feature a dual-layer band with an orange inner layer. The GA-1100SC-3AJF and GW-4000SC-3AJF have bands with a woodland camouflage print inspired by the camo patterns on helicopters and airplanes, while the GPW-2000-3AJF has a solid olive drab band with a carbon fiber insert. The olive drab color is inspired by flight jackets worn by military pilots with the orange color representing the jacket’s inner lining. All watches feature shock resistance, 200-meter water resistance, world time, stopwatch, and alarm.

(For a similar olive green and orange color scheme with a dual-layer band on a more affordable watch, see the GA-110LN-3A from the Layered Neon Color Series.) 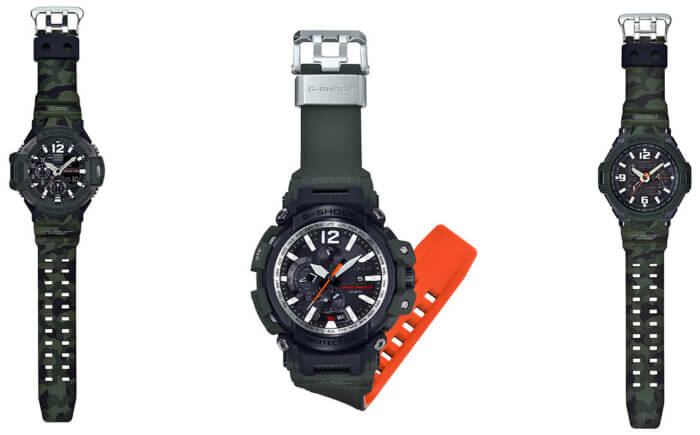 The GA-1100SC-3A is an analog-digital model featuring the Twin Sensor with compass and thermometer sensors. List price is ¥30,000 JPY. 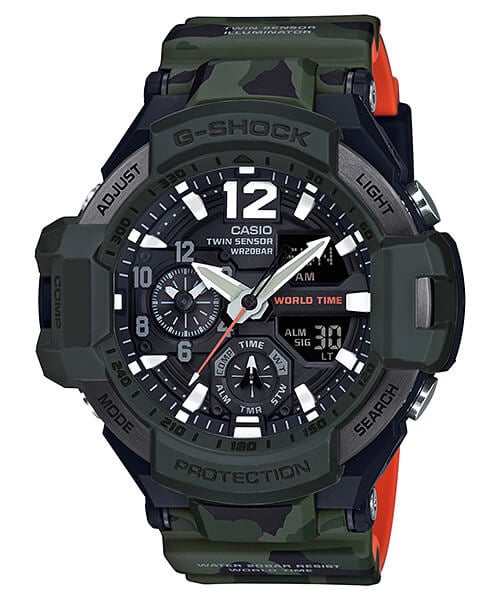 Part of the newly released GPW-2000 series, major features of the GPW-2000-3A include Tough Solar, 3-Way Sync (automatic time adjustment via Multi-Band 6, GPS, or Bluetooth mobile link), and GPS position tracking with the G-Shock smartphone app. The all-analog watch also has a sapphire crystal and Triple G Resist for protection against impact, g-forces, and heavy vibration. List price is ¥100,000 JPY. 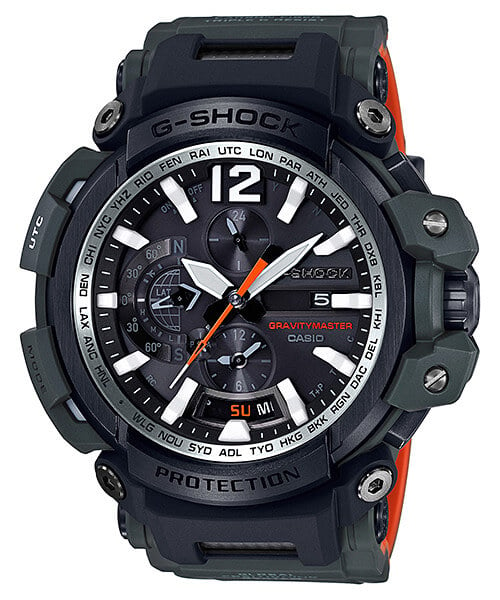 The all-analog GW-4000SC-3A is equipped with Tough Solar power and Multi-Band 6 timekeeping and also has Triple G Resist. List price is ¥43,000 JPY. 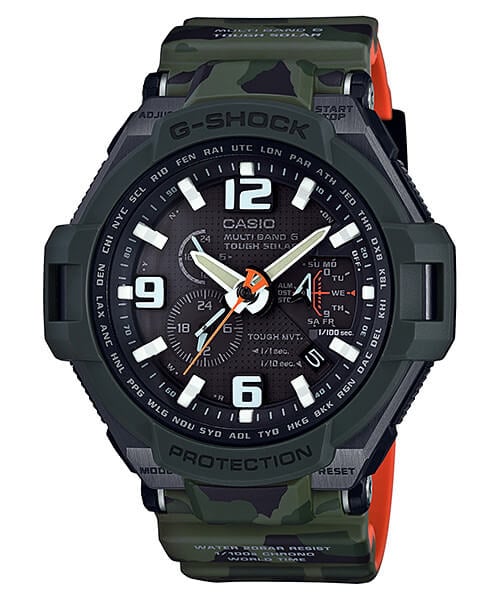 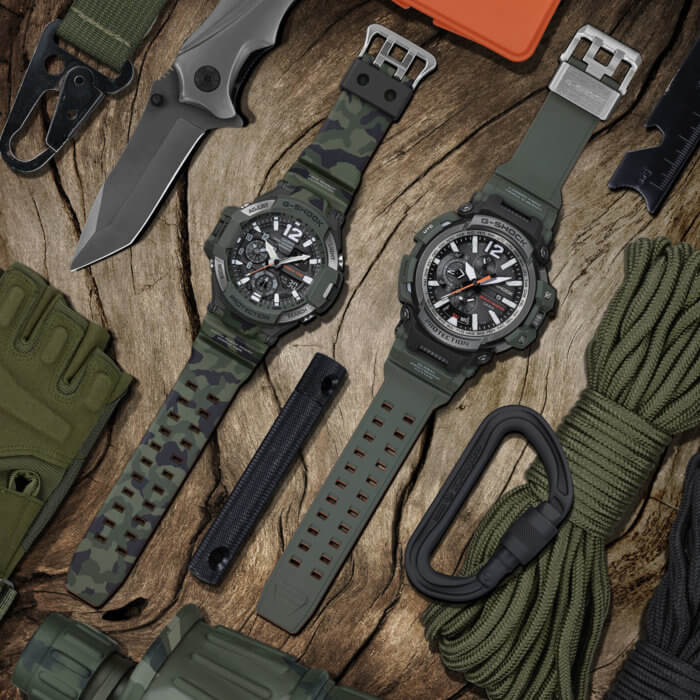 G-Shock GPW-1000VFC-1A and Rose Gold MTG-G1000AR-1A Sunken Treasure Edition
Disclosure: G-Central is managed by fans and supported by ads. We may earn a commission on purchases from our links to Amazon, eBay, and Reeds Jewelers. Please follow your country's official G-Shock site for additional release information.