The G-Shock x Marvel Avengers Collection is a collaboration with Marvel and G-Shock China to celebrate the upcoming Avengers: Endgame movie. The series includes three custom G-Shock watches inspired by Captain America, Iron Man, and Spider-Man. Each model includes unique a colorway, a branded band, a custom engraved case back, and exclusive packaging. Of particular interest to collectors is the Spider-Man-inspired DW-5600 which has a Marvel logo on the watch face and the image of a spider on the EL backlight.

The G-Shock x Marvel Avengers Collection will be available online in China and at the official G-Shock stores in Beijing and Shanghai. For more information (in Chinese), visit g-shock.com.cn.

(Some of the independent Hong Kong and Macau watch stores sell exclusive China series like this one. The Time Knot store in Macau announced that it is taking pre-orders for these watches. Another store in Hong Kong that announced these as “coming soon” is
Elite_timepiecehk.)

The DW-5600SPIDER-1PR is black and red with a Marvel logo on the face and Spider-Man and Avengers logo symbols on the band. 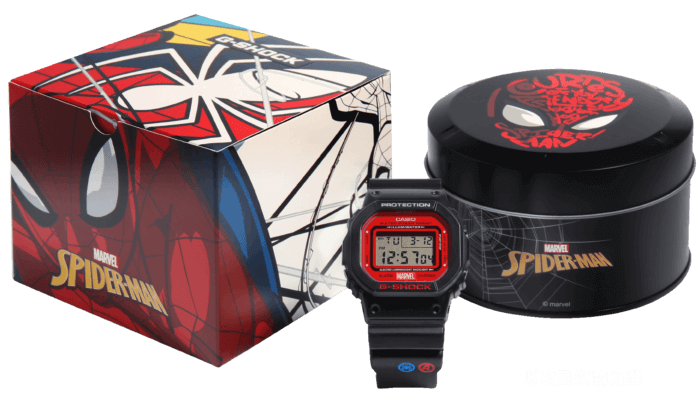 The GA-110CAPTAIN-2PR has a blue bezel and band with red, white, and blue accents on the dial and Captain America and Marvel logos on the band. 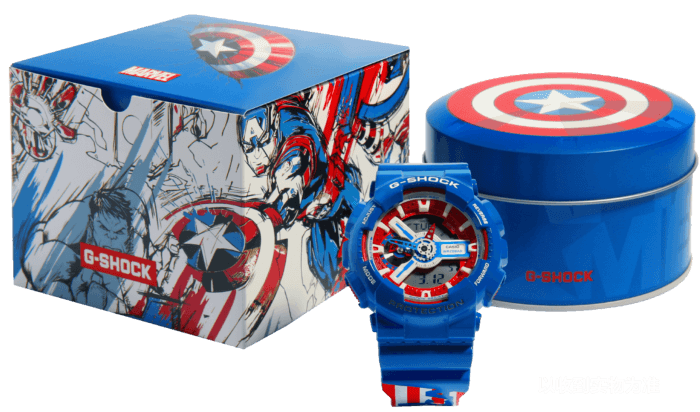 The GA-110IRONMAN-4PR is red and gold with an Iron Man image and Marvel logo on the band. 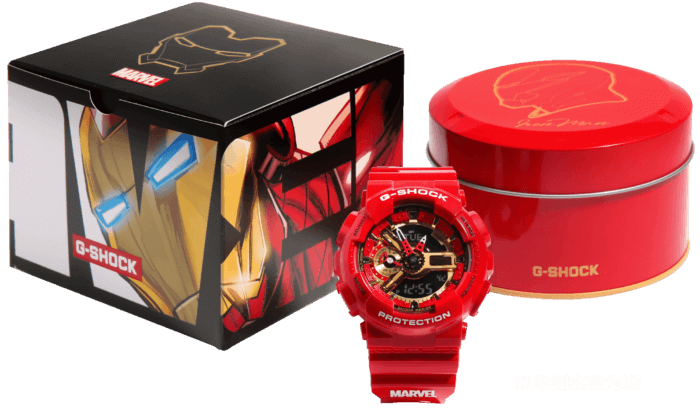 The Avengers: Endgame opens on April 24 in China and April 26 in the U.S. For more international release dates visit imdb.com.

Can you please help me and let me know how and where i can order these watches?

If you are in China try Tmall.com. There are also stores in Hong Kong and Macau that are selling them (WatchOutz is another one not mentioned in the article) but you will have to contact them directly if you need shipping. They may be all sold out at this point.

Is this also available in India

Thank you for reply G-Central

I am not in China, but rather between USA and Dubai.

any other place online or shop you know that might have them or sell them?

I see that some of the watches are on eBay.com but they are very expensive. With limited edition watches like these, if you can’t get them for the retail price in their home country, you will have to pay a lot more to get them.

Malaysia, we only have ten units here

I m just in Love with the Iron man Edition