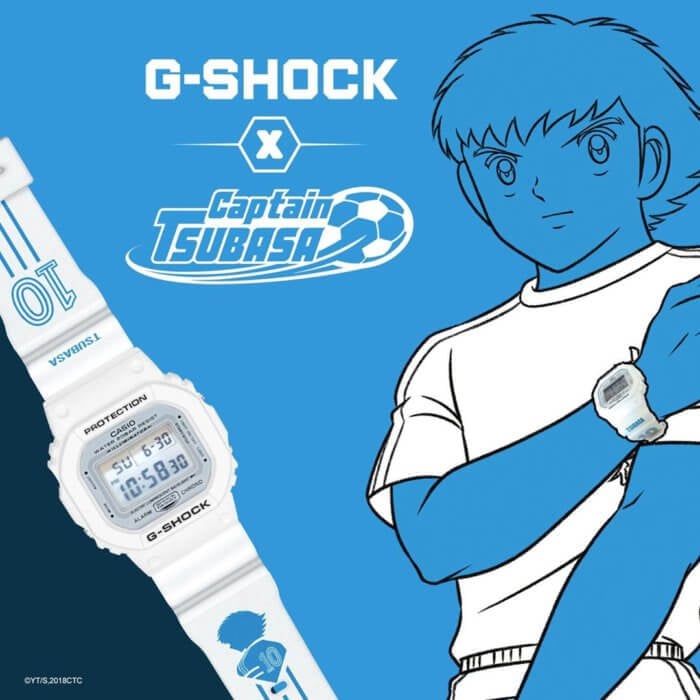 G-Shock France unveiled a surprising new collaboration with manga and anime series Captain Tsubasa. The watch is a white DW-5600MW-7 with custom graphics printed in light blue on the white band.

Captain Tsubasa is a classic soccer-themed manga series that started in 1981 and continues in the “Captain Tsubasa: Rising Sun” series. The popular series also spawned many anime films, television series, and video games.

G-Shock France is the only country to announce the watch so far, and says that it will be released on October 11, 2020, at 11 a.m., at www.g-shock.eu/fr and in-store at G-Shock Store Paris Marais.

Update: G-Shock France now says that the watch will be released on October 10, 2020, at 11 a.m. on the online shop. The G-Shock Corso Como store in Italy is also releasing the watch on October 10.