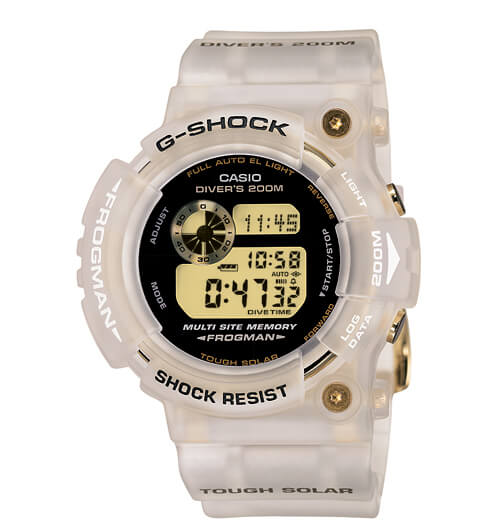 If you’ve read some of our buying guides you’ll know we seriously miss the GW-200 Frogman model. Every GW-200 release was a limited edition. Every new Frogman announcement seemed like a major event and there was a sense of urgency surrounding each model. The 25th anniversary of G-Shock in 2008 resulted in some very nice GW-225 releases, including this one, the GW-225E-7JF Glorious Gold edition. This is a stylish translucent white model with gold trim . This is a good deal considering what some of the GW-225 25th Anniversary Frogs go for. The watch is pre-owned but is “barely used” and looks to be in excellent condition. It includes the Japanese 25th anniversary box which also makes for a good display case. The seller is in Japan and accepts returns. 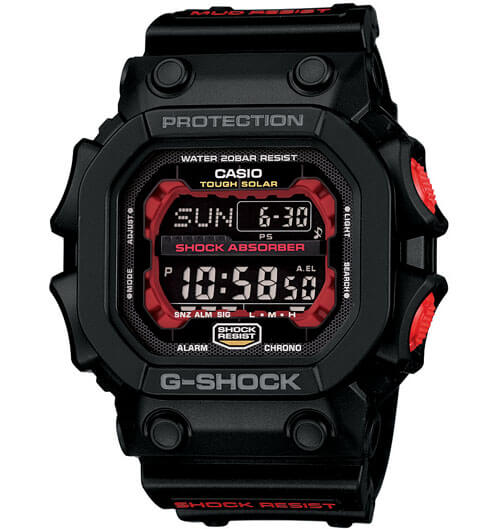 The GX-56-1A “King G-Shock” is a “love it or hate it” type of watch that got a lot more love after it was discontinued. It’s known for being a large G-Shock at 55.5 x 53.6 x 17.5 mm and it wears big. It looks like an exaggerated manga version of a G-Shock. It’s for people who love big watches, or big people. It’s also for people who want shock protection above and beyond the average G-Shock. It uses Alpha gel plus hard and soft urethane in its over-sized body for extreme shock resistance. The GX-56-1A is also mud resistant and has Tough Solar battery charging. . Take note it is used and has “a slight perfume smell from previous owner.” It looks to be in excellent condition but obviously needs a good cleaning. The GX-56 models have been officially discontinued with no plans to bring them back but the Japanese GXW-56-1AJF and GXW-56-1BJF (which have Multi-Band 6) are still being produced in small quantities. If you can afford to spend a little more we recommend buying a new GXW-56-1AJF or GXW-56-1BJF at Amazon.