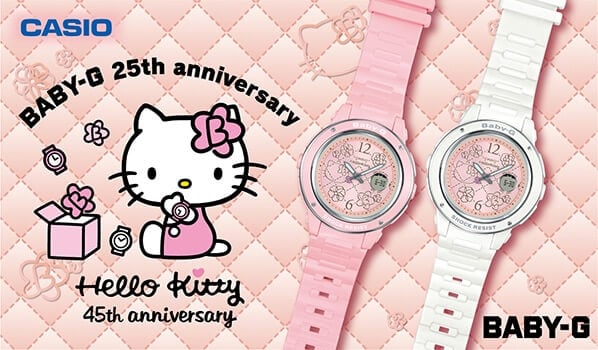 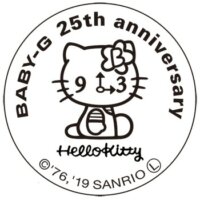 The pink Baby-G BGA-150KT-4B and white and pink Baby-G BGA-150KT-7B are inspired by the quilt-stitch pattern of the Hello Kitty Pink Quilt Series that was popular the 1990s. The pattern appears on the dial along with flower-shaped metal pieces. To celebrate the Baby-G anniversary, a flower with the letter “B” in it appears at the 5 o’clock position and to celebrate the Hello Kitty anniversary, Hello Kitty’s face appears at the 9 o’clock position. The custom engraved case back depicts Hello Kitty with a clock face wearing the “B” flower. Each watch comes in exclusive packaging that includes a mini Hello Kitty bag inspired by the Pink Quilt Series and a display stand. 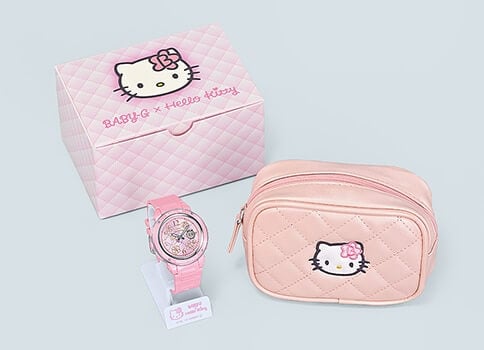 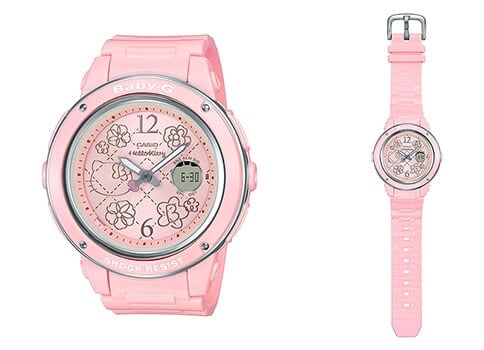 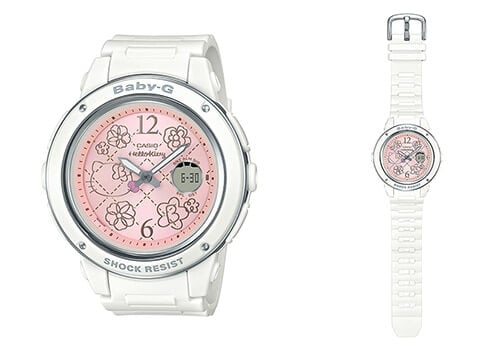