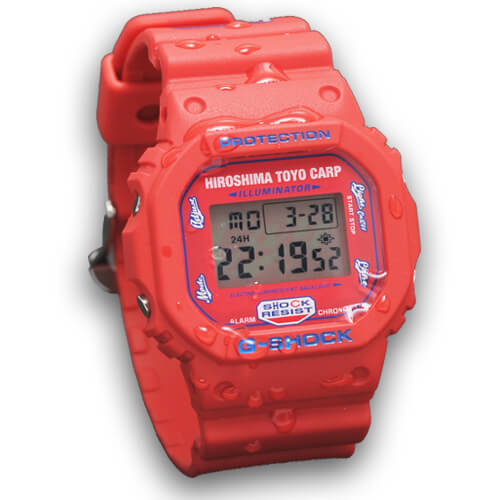 The watch is a Japan-made G-Shock DW-5600VT in matte red with light blue lettering on the bezel and a red face. The simple white “Hiroshima Toyo Carp” combined with the stylized button function names (in the style of the traditional Carp logo) give the watch a retro and sporty look. The H and C letters in in the “Shock Resist” logo are stylized to represent Hiroshima and Carp. The stainless steel case back has a custom engraved “2016 Limited Edition” insignia featuring the Carp Boy mascot. The EL backlight shows the traditional Carp logo on a red background. 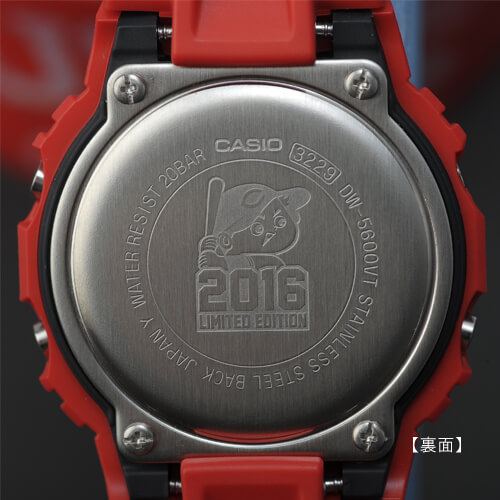 The Hiroshima Toyo Carp x G-Shock 2016 Limited Edition watch is limited to 1,000 units and retails for ¥16,000. It is sold out on the official Carp online shop.

The Hiroshima Carp baseball team was founded in 1950. It became the Hiroshima Toyo Carp in 1968 and is part of Nippon Professional Baseball’s Central League. 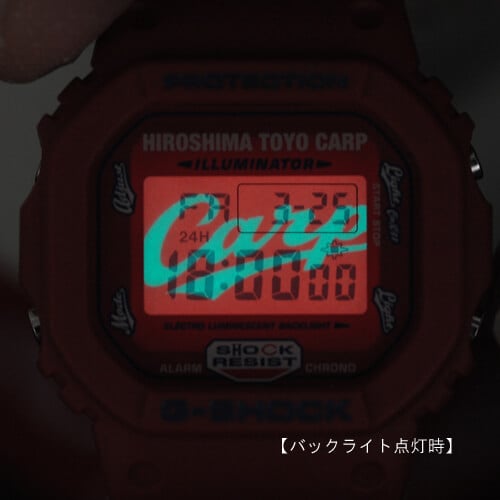