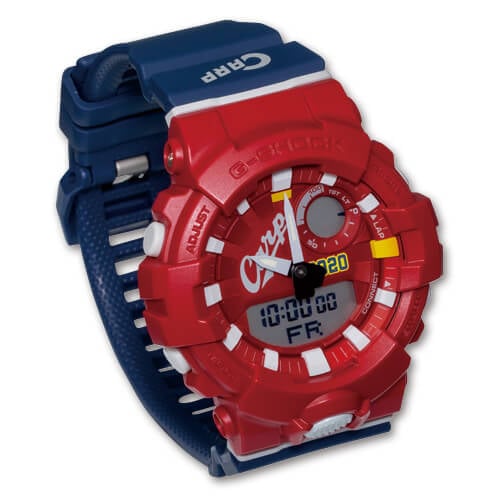 The Hiroshima Toyo Carp baseball team has been releasing some nice G-Shock watches annually, and this year’s G-Shock GBA-800 collaboration is even more eye-catching than usual. The watch celebrates the team’s 70th anniversary with a multi-color design featuring a stealth red bezel, blue band, and white accents (including white buttons and markers). The combination forms a very distinct and attractive style that includes Carp logos on the band and dial. The case back has a special 70th anniversary logo, and the watch comes in an exclusive box.

Something unusual about this watch is that, according to the photos, the LED backlight displays “Choice of Champions” when activated, which is the same graphic as the Everlast x G-Shock GBA-800EL-4A. It looks like this collaboration was made using parts from the same production run as the Everlast collaboration for some reason, which was another red model. The GBA-800 is a mid-size model featuring a step tracker (a.k.a. acceleration sensor) and Bluetooth mobile link. 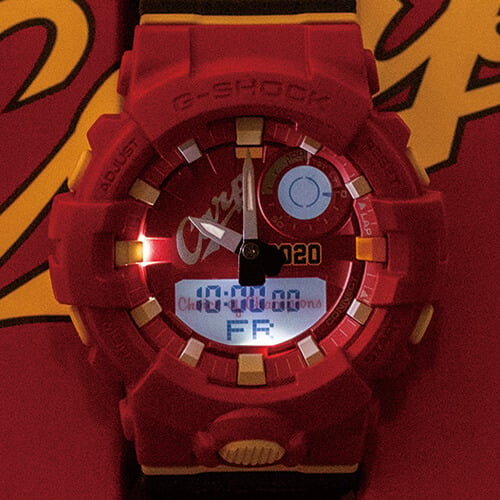 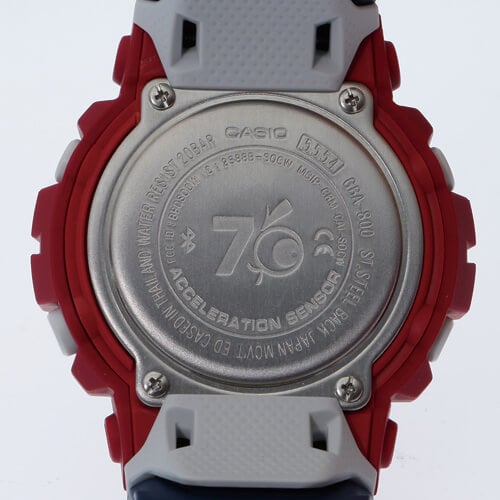 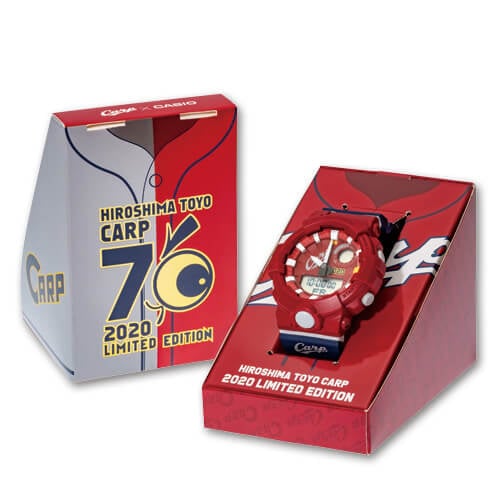 G-Shock GBA-900SM-1A3 & GBA-900SM-7A9 connected step-counting watches in skeleton black-green and white-green
Disclosure: G-Central is managed by fans and supported by ads. We may earn a commission on purchases from our links to Amazon, eBay, and Reeds Jewelers. Please follow your country's official G-Shock site for additional release information.