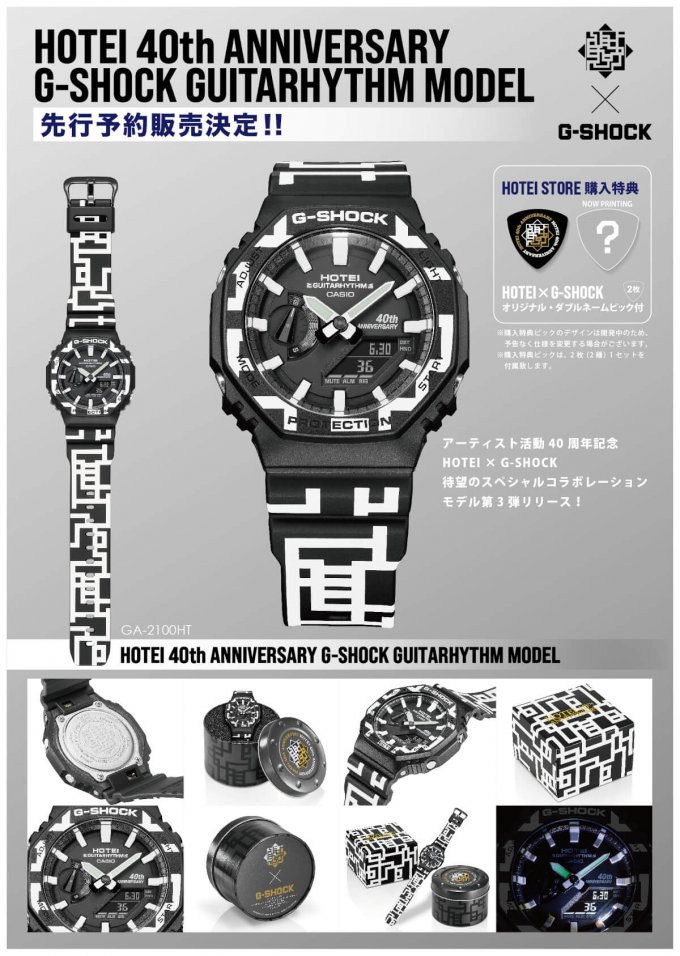 Considering its popularity, it’s surprising that we haven’t seen many collaborations with the G-Shock GA-2100, and the ones we have seen only had custom bands. This collaboration with legendary Japanese guitarist Tomoyasu Hotei changes that, with a custom bezel and a branded dial commemorating the 40th anniversary of the beginning of his music career, which started in 1981 with the band Boøwy. The watch band and bezel feature Hotei’s iconic guitar design, and the watch also features a custom engraved case back. Pre-orders in Japan for the “Hotei 40th Anniversary G-Shock Guitarhythm GA-2100HT” start on at 18:00 on September 22 at hoteicom-store.com and beatcrazy.net.

A prolific recording artist and performer, Hotei is perhaps best known in the west as the author of “Battle Without Honor or Humanity” from the Kill Bill soundtrack, which is widely considered to be the “Kill Bill theme song.” This is Hotei’s third collaboration with G-Shock, following the DW-6900TH-1JR and DW-5600HT-1JR.