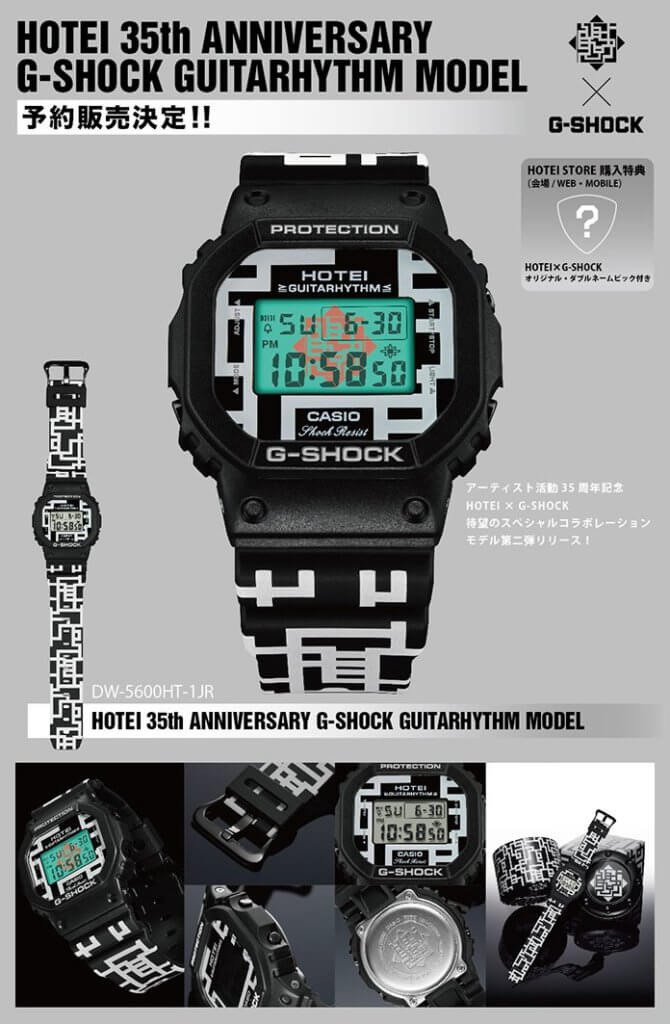 Prolific Japanese musician Hotei is releasing a G-Shock collaboration watch to celebrate his 35th anniversary in music. The Hotei 35th Anniversary G-Shock Guitarhythm Model DW-5600HT-1JR will be available for pre-sale on September 3 for ¥18,360 JPY including tax at Beat Crazy Store and Hotei.com. It will also be available for pre-sale at venues during Hotei’s “7th Beat” Maximum Emotion Tour in Japan. Orders will be shipped in February 2017. The limited edition G-Shock features Hotei’s unique black and white guitar design on the face and bands, a custom case back and EL backlight, and buttons treated with a black IP.

Best known for his “Battle Without Honor or Humanity” song from Quentin Tatantino’s Kill Bill, Tomoyasu Hotei began his music career in 1981 with the band BOØWY and started a solo career in 1988 with the album “Guitarhythm.” Hotei started the popular rock duo COMPLEX in 1989 and has worked with many western musicians throughout his career. His latest album “Strangers” features Iggy Pop, Richard Z. Kruspe from Emigrate and Rammstein, Matt Tuck from Bullet For My Valentine, Noko from Apollo 440, and Texas singer Shea Seger. 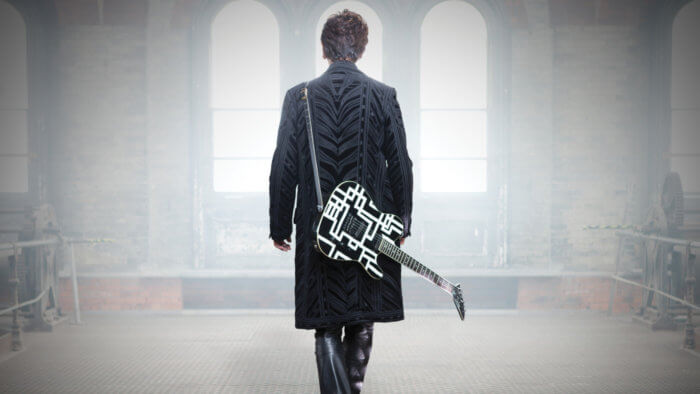