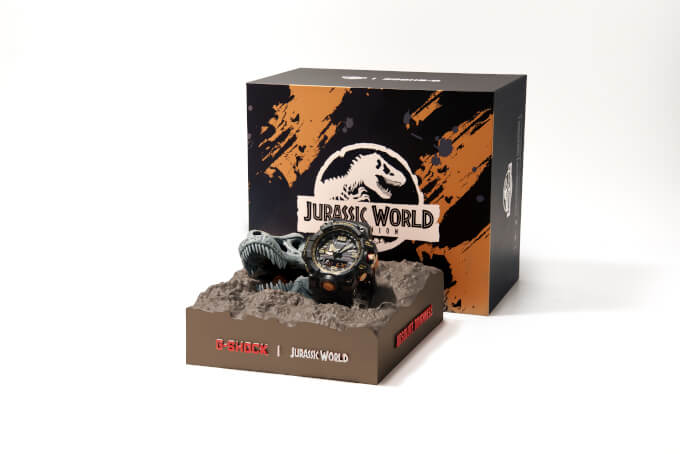 The base is the black and gold GWG-1000GB-1A, originally released in 2015 and now discontinued. Exclusive elements include the upper and lower bands that are printed with a Jurassic World logo and mud-like streaks, and the watch comes in special packaging that includes a dinosaur-themed display stand. The GWG-1000 is a popular large-size analog-digital model featuring mud-resistance, Tough Solar power, Multi-Band 6 radio time syncing, and the Triple Sensor with altimeter-barometer, compass, and thermometer.

The GWG-1000GB-1APRJ will be available soon at www.casiostore.com.cn for 4,990 yuan. It is not expected to be released outside of China. 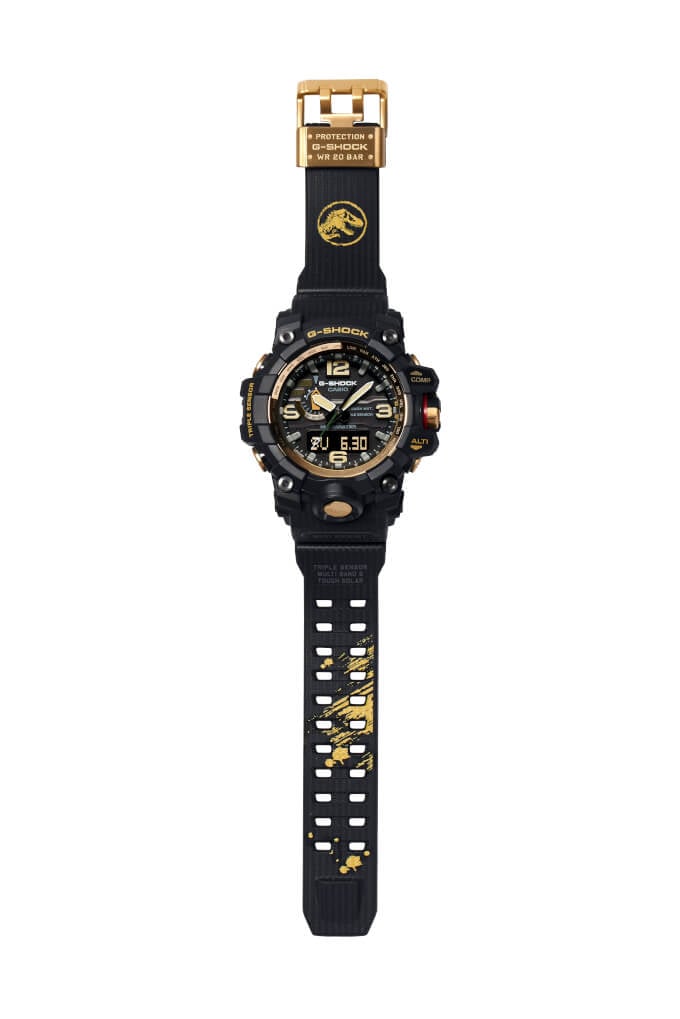 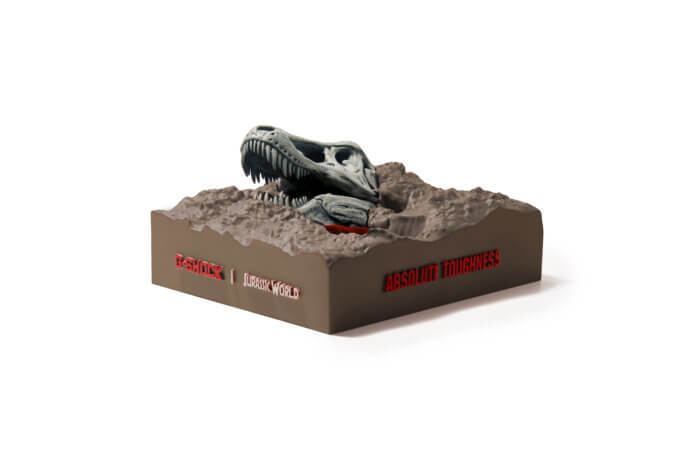 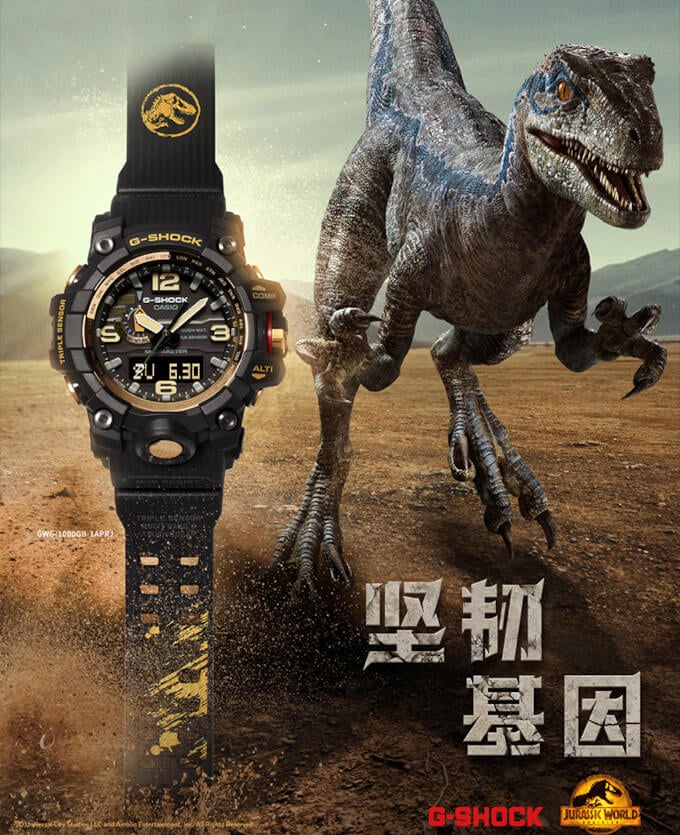