The G-Shock Black and Gold Master of G series consists of the GWN-1000GB-1A Gulfmaster, the GWG-1000GB-1A Mudmaster, and the GPW-1000GB-1A Gravitymaster. In recent times before this the Master of G special editions consisted of the all-digital Mudman, Rangeman, and Frogman models, and this is the first time a Master of G series consists of analog models. The recently released GWG-1000 Mudmaster was announced as a Master of G watch and this series confirms that the GWN-1000 Gulfmaster and GPW-1000 Gravitymaster are part of the Master of G professional line of G-Shock watches. Previously there were questions as to whether the international G-Shock websites outside of the USA considered the Gulfmaster and other analog models as Master of G watches and this appears to clear that up.

The black and gold color schemes are more conservative than we were expecting although the lighting is obviously an issue with some of these photos. (Update: The new Gulfmaster video below shows the gold parts are more dynamic than the photos suggest.) The Gulfmaster seems to be the most intriguing of the three, as far as standing out from other models in the same family. The GWN-1000GB-1A Gulfmaster seems to have a dark gold bezel that gives it somewhat of a vintage look, along with a gold crown and buttons. The GWG-1000GB-1A Mudmaster has a gold dial ring and a gold crown and buttons. The GPW-1000GB-1A Gravitymaster also has a gold dial ring, crown, buttons, and gold screws. 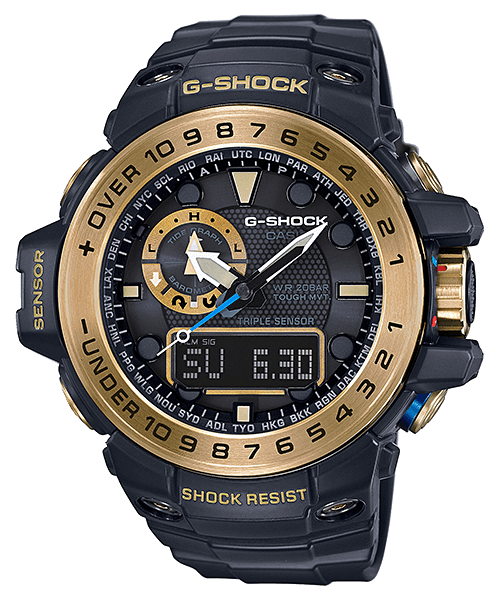 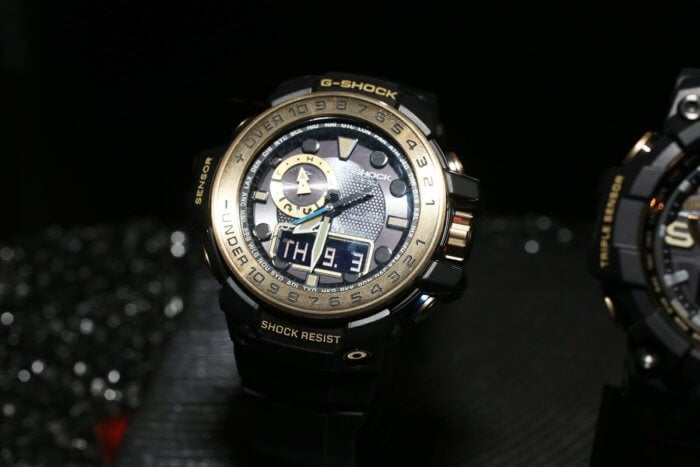 The GWG-1000GB-1A Mudmaster is is a Tough Solar/Multi-Band 6 analog-digital G-Shock known for its mud and dust resistance, Triple Sensor, vibration resistance, and sapphire crystal. 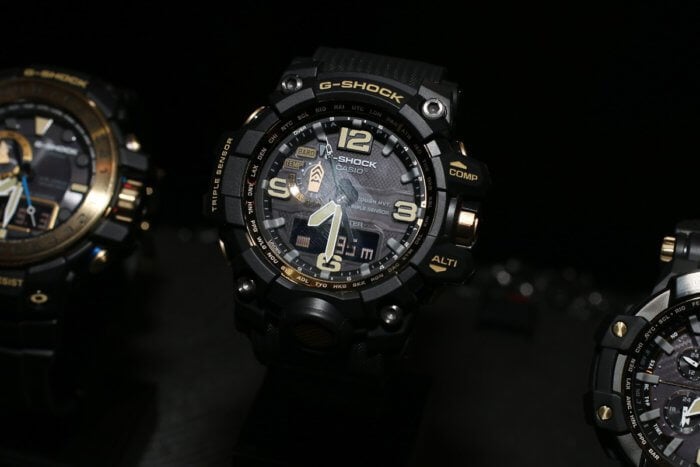 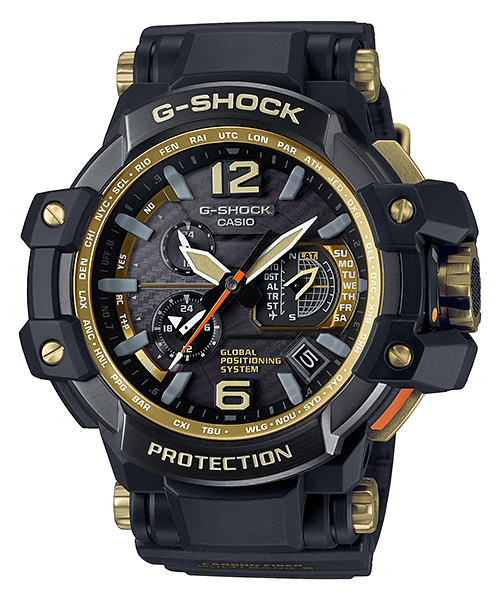 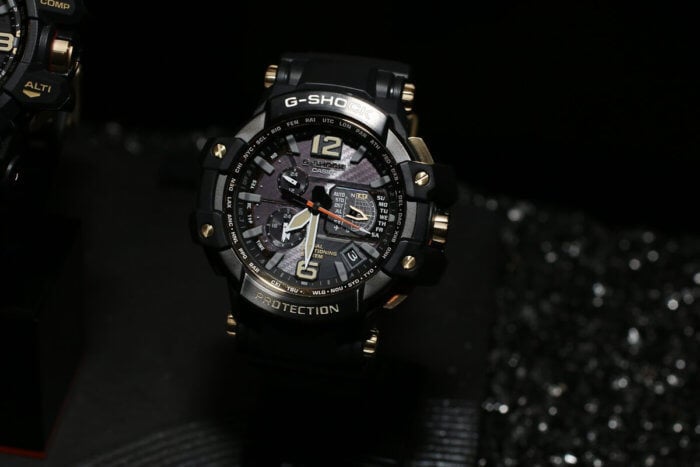