Casio released the A171 series in mid-2021, which is like a round-face version of the familiar A158. The models include the silver A171WE-1A, gold A171WEG-9A, gray A171WEGG-1A, and gold A171WEMG-9A with mesh band. These watches have stainless steel bands and an overall metallic look, but the case is made of resin with a chrome plating or gold tone. They are promoted as mid-size and unisex. All four models were released in Asia and Europe, and Casio America released the silver A171WE-1A for $33.95 (casio.com).

Like the G-Shock DW-5700, it has a round face but retains the rectangular LCD display. It has the same module as the A158 and F-91W, so it’s a very basic watch with water resistance, 1/100-second stopwatch, daily alarm, auto-calendar, LED light, and approximate 7-year battery life. The effectiveness of the LED light is rather exaggerated in the promo video (below), where it looks more like an Illuminator backlight (which it is not), and you should not expect it to look like that. What this model has going for it is the clean retro style, with a less cluttered and more symmetrical layout for the logos and text labels. It’s surprising that a model like this was only recently introduced and hasn’t been around for decades. There was a round-face A170 many years ago, but it didn’t follow the same aesthetic. 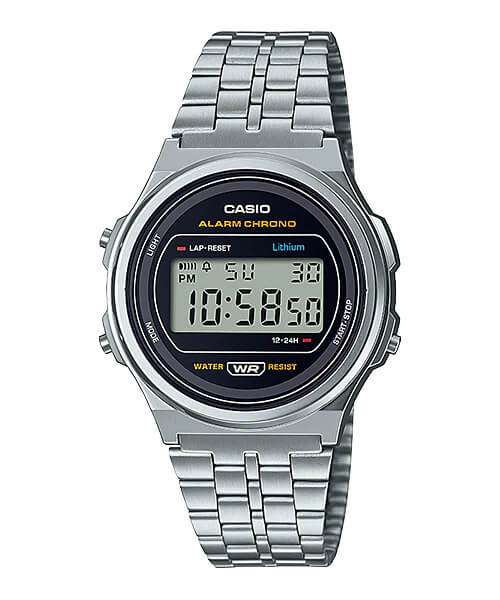 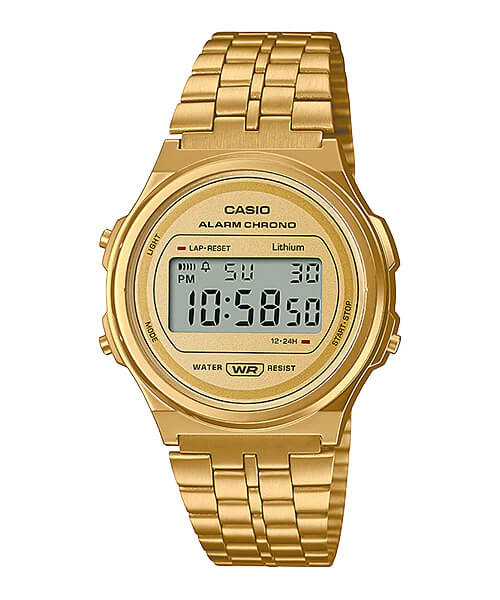 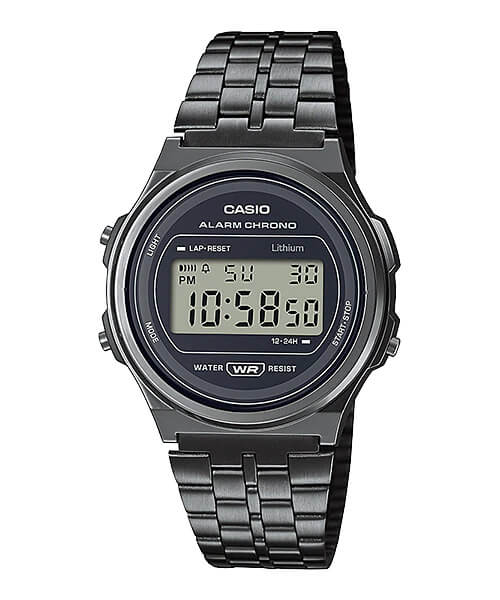 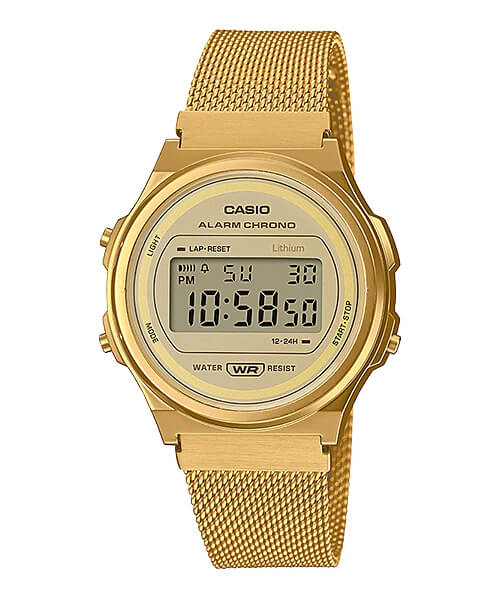 Why isn’t the GG model available in the US? Grrr… I dislike buying on Ebay…

You would have to ask Casio America that, sorry!