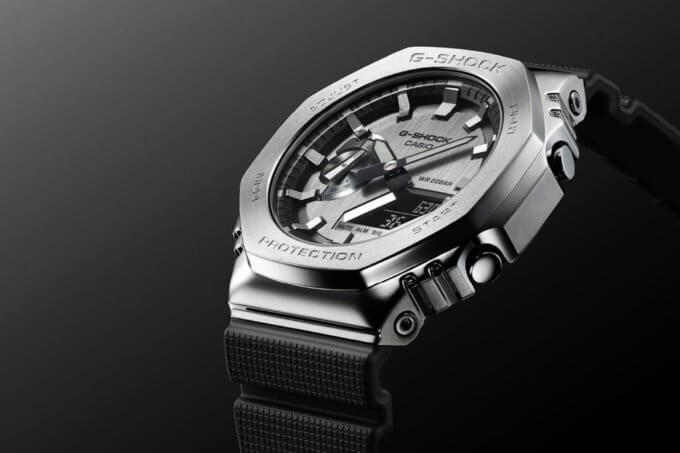 Casio also announced the smaller G-Shock GM-S2100 series for August, which is also expected to be released worldwide. 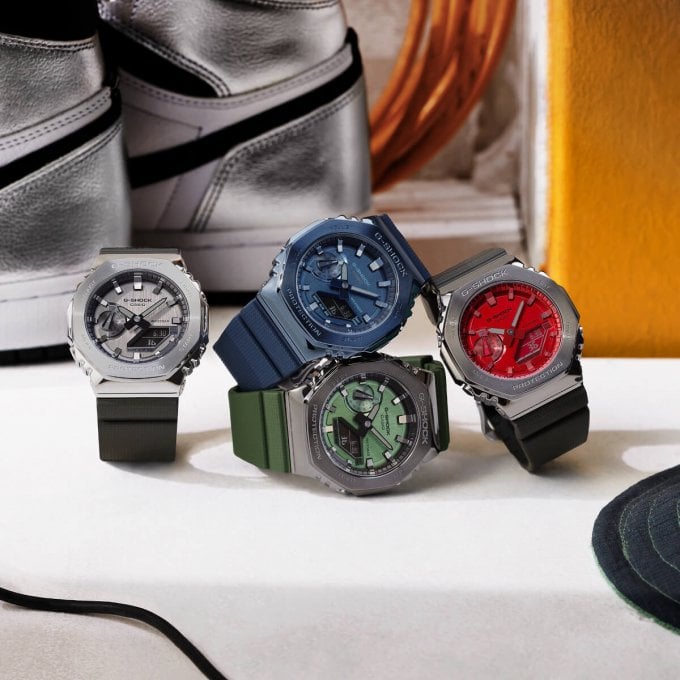 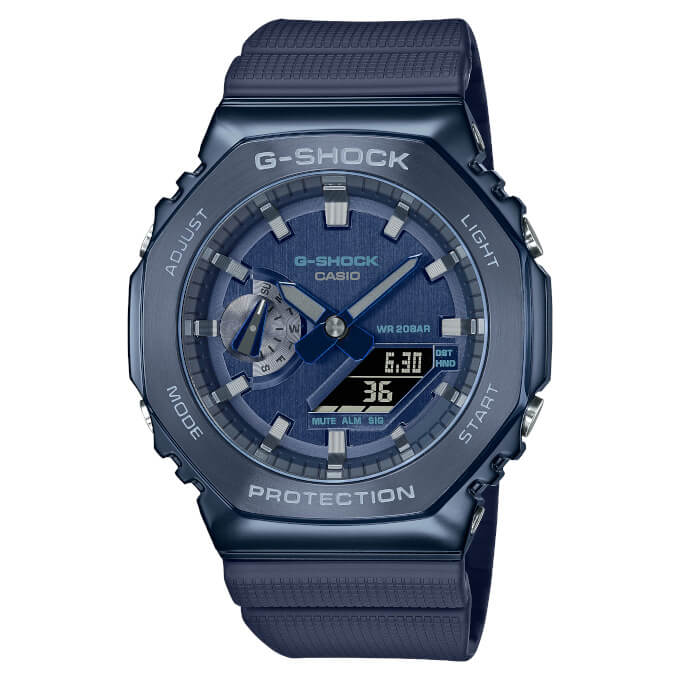 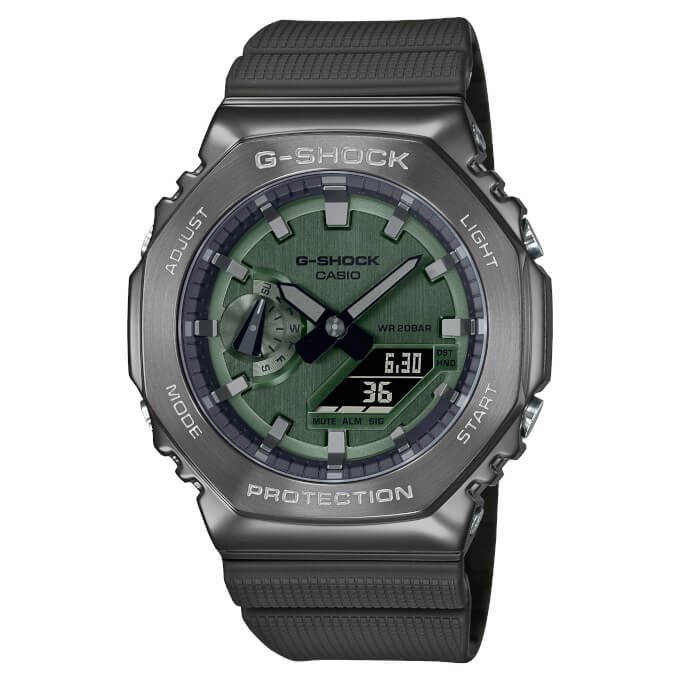 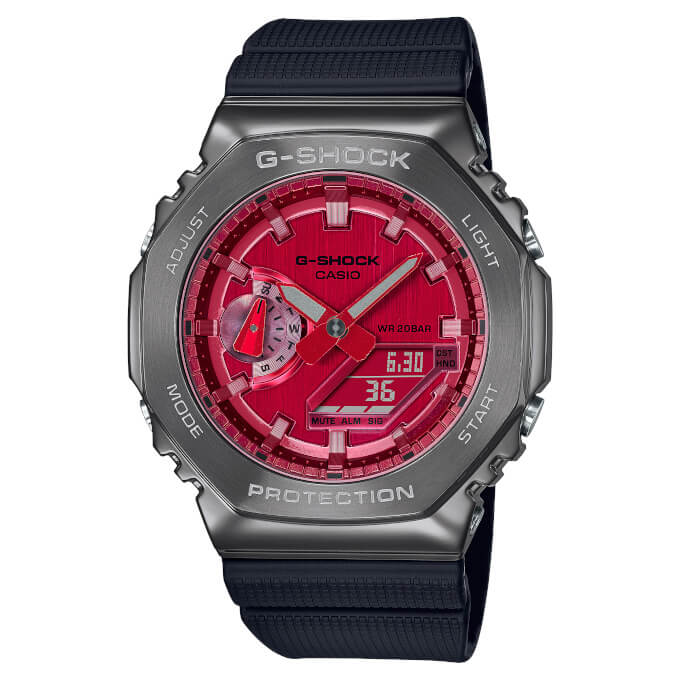 Japanese fan blog Great G-Shock World reported that a metal-covered G-Shock GM-2100 series is planned for a future release. Like other GM models (GM-5600, GM-6900, GM-110), the GM-2100 is based on its all-resin counterpart and has a stainless steel bezel. Considering the popularity of the GA-2100 series, a metal-covered “CasiOak” was inevitable, but we were not expecting to see it so soon. This release has not been officially confirmed yet, and the release date is unknown. (Update: Esquire HK reported that it is coming in 2021, and we expect it to arrive by the holiday shopping season.)

The watches look exactly like what you’d expect from a metalized 2100 bezel. Each model has a resin band with a unique grid-like texture. There haven’t been any other GM models with a metal or composite band, so we are not expecting that with the GM-2100 series, but we wouldn’t be surprised to see some sort of update for the 2100 series in the future. As with other GM models and their counterparts, the functions are expected to be the same as the GA-2100. The debut models include the silver GM-2100-1A, dark gray and green GM-2100B-3A, dark gray and red GM-2100B-4A, and blue GM-2100N-2A. 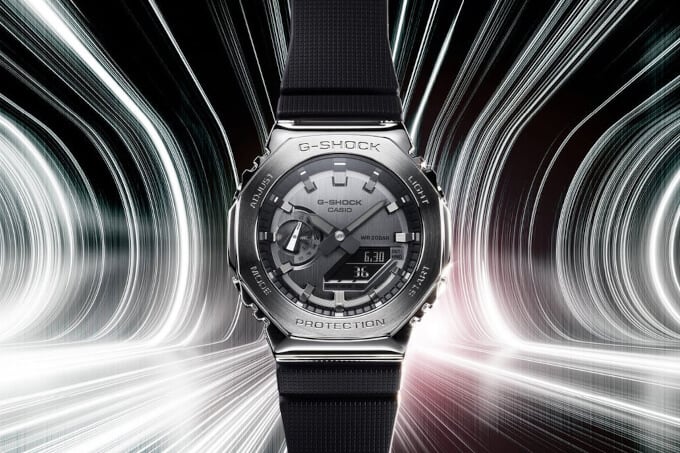 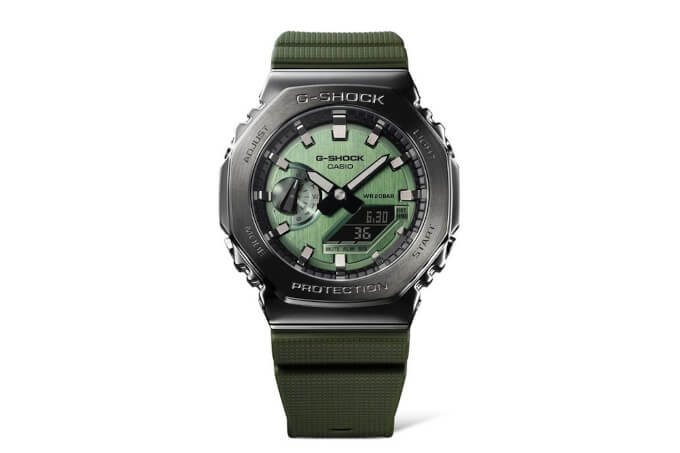 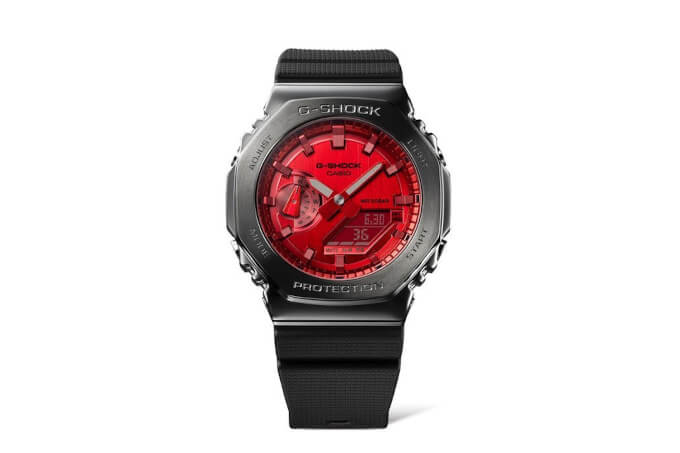 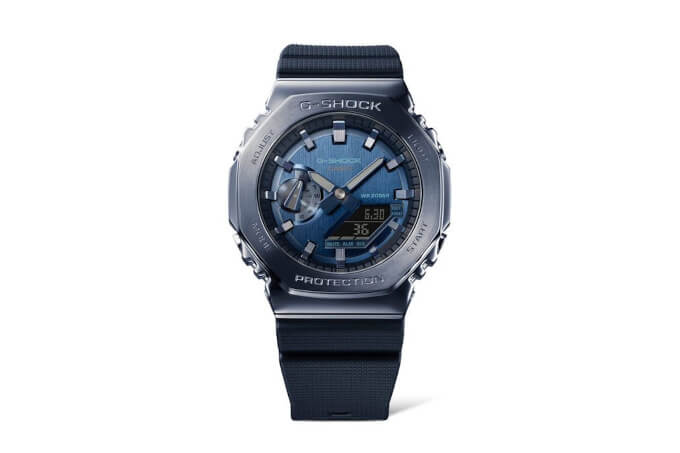 If the strong sales of the GA-2100 series are any indication, the GM-2100 series will also be very popular and some of the models may sell out quickly.

See the source article and images at gshockjp.blog.jp.

Is there a US release date for these watches yet?

Not at the moment, but they should be available for pre-orders soon at Gshock.com. We suggest pre-ordering as they’ve been selling out quickly in Japan and Singapore.

US product pages are now up with note “Pre-order begins 8/23”!

I’ve never pre-ordered directly from gshock.com before. When it says 8/23, does it mean the pre-order will be available at mid-night Eastern Time that day?

I found a previous pre-order announcement page for the 18K Pure Gold Square and it seems to suggest pre-ordered start at midnight ET.

Haha, okay. I guess I’m staying up late and waking up early that day!

Thank you for the info.