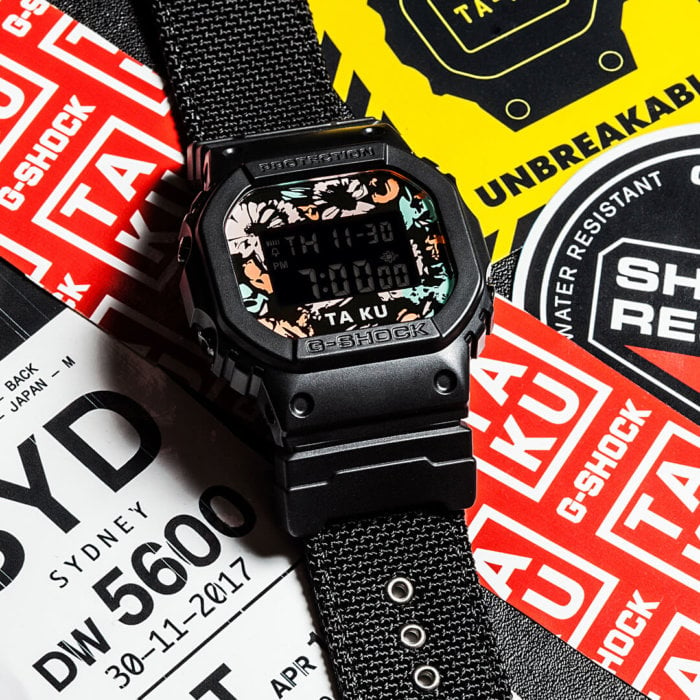 Perth-based musician, producer, and photographer Ta-Ku (a.k.a. Regan Matthews) is releasing a G-Shock collaboration watch that will be available in limited quantities at the G-Factory outlets in Myer in Sydney and Melbourne on November 23, 2017. It will also receive a wider release at select stores on December 1. The DW5600TA-KU-1D is a stealth-black, reverse-display BBN model with a Cordura nylon band. A floral pattern from the cover art of Ta-Ku’s latest solo album “Songs To Make Up To” and a Ta-Ku logo adorns the face. The watch comes in a co-branded black latch box and also includes a fan zine of Ta-Ku’s photography from his travels. There is also a more limited box set available with a travel case and customizable stickers that holds both the watch and book.

An invite-only launch party curated by Ta-Ku is scheduled for November 30th in Sydney, featuring DJ’s KC, Katana, Montell, Submerse and YO! Mafia. Ta-Ku says about the release, “G-Shock has always been a cultural and influential staple to me growing up. I hold the brand and overall ethos in high regard to this day. G-shock has pioneered itself through true craftsmanship and attention to detail. I’m truly honoured and humbled to have worked with G-SHOCK on this watch and share my vision through our collaboration.” 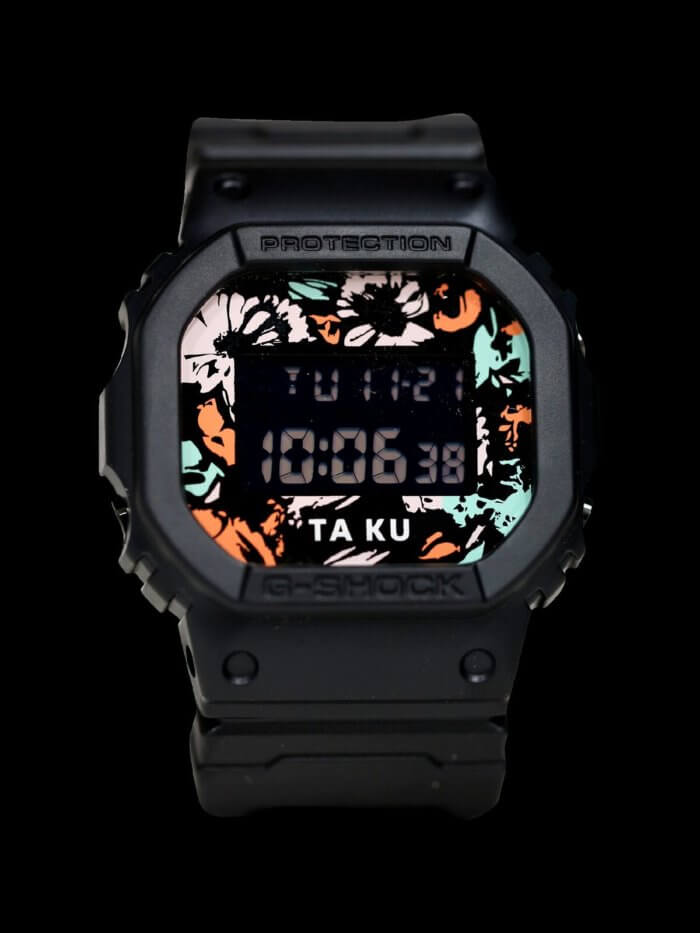 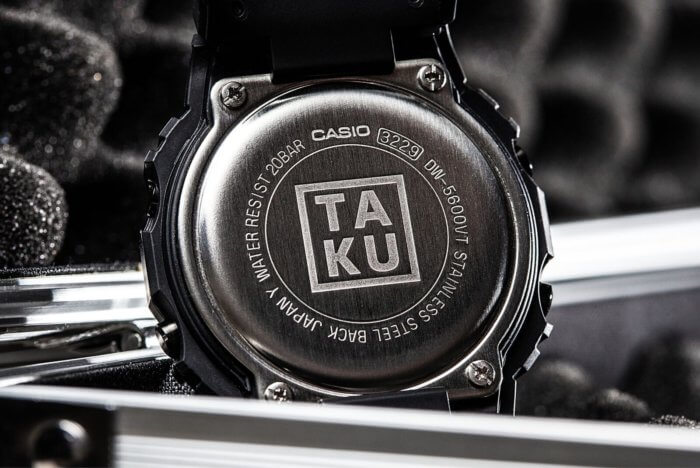