Announced by G-Shock Japan, the G-Shock Military Black Series with Cordura Nylon Band includes the DW-5600BBN-1JF, DW-6900BBN-1JF, and GA-100BBN-1AJF. These watches feature a basic military-inspired design with blackout faces and reverse LCD displays for a stealthy look. They include a tactical nylon band made from Cordura fabric for extra strength and durability compared to typical nylon. The bands also have stainless steel hole rings and keepers for added strength. With these extra-rugged bands, these models are intended for use in harsh outdoor environments and would be an excellent choice for military or extreme sports. List price is ¥12,000 JPY for the DW-5600BBN-1JF and DW-6900BBN-1JF, and ¥15,000 JPY for the GA-100BBN-1AJF. 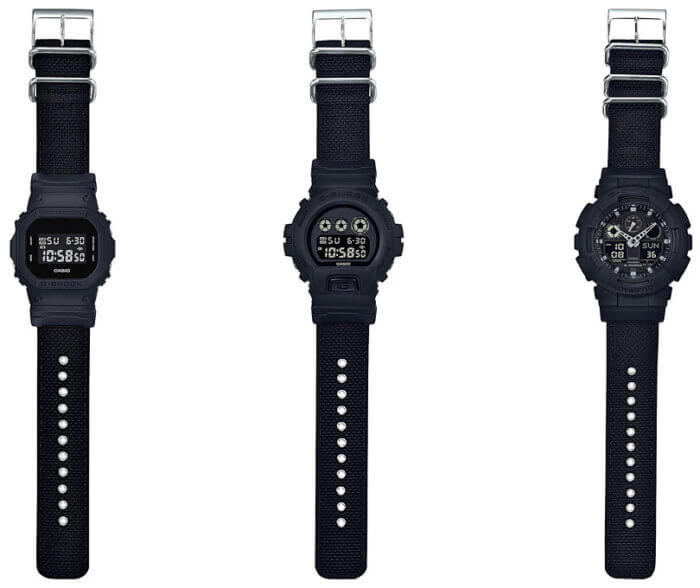 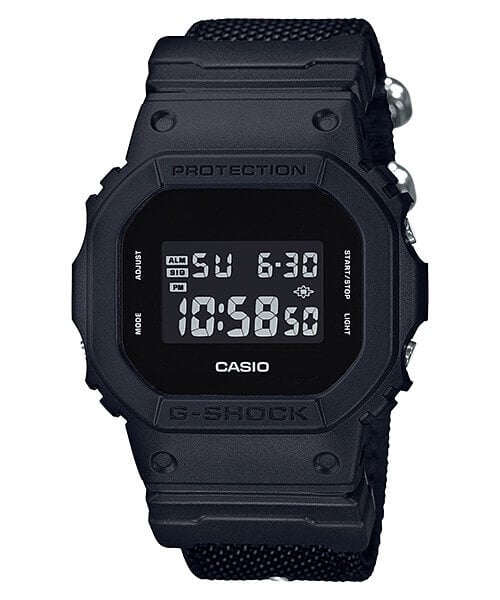 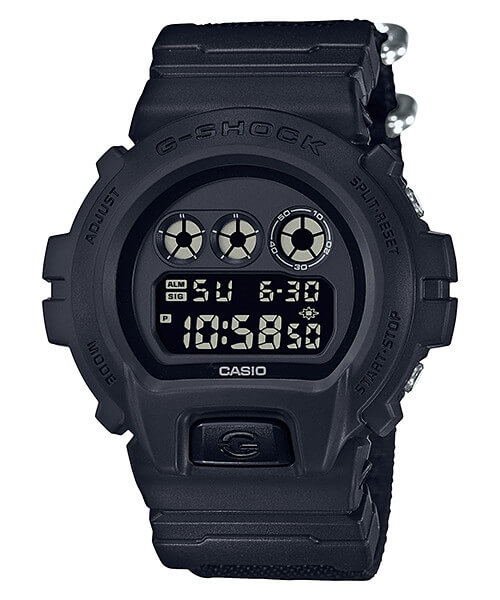 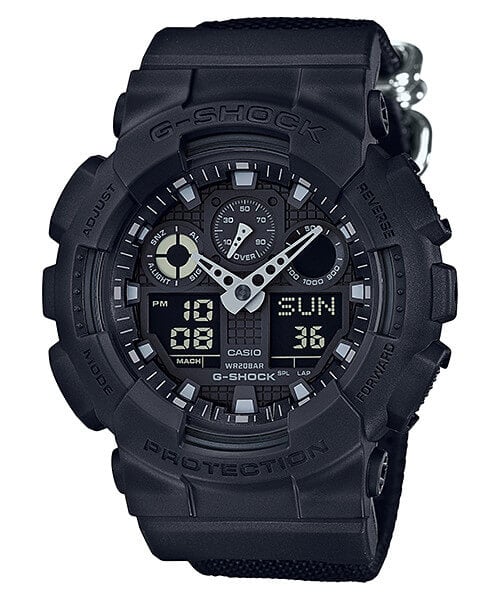