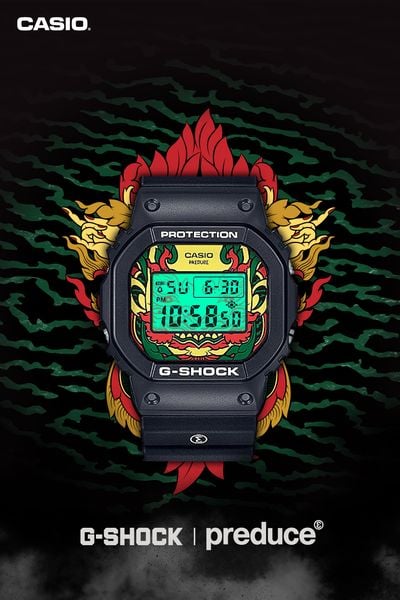 Update: Casio Thailand announced the Preduce DW-5600PRE22-1 collaboration watch which is now available to reserve in Thailand through the Line messaging app. The watch has a price of 5,300 baht and will officially go on sale on December 25 at the G-Shock Casio store at CentralWorld. Those who pre-order or purchase the watch on December 25 will have the opportunity to win a limited edition t-shirt with the same design as the watch. The Baan Preduce skatepark launch event on December 24 is free to attend.

The G-Shock DW-5600 watch has an exclusive face and EL backlight inspired by Thailand’s guardian giant and designed by Thun Trk Puchpen of Preduce (“>@trk_art on Instagram). The case back is engraved with the Preduce logo, and the watch comes in exclusive packaging. The watch will also be released in other Southeast Asian countries (likely Indonesia, Malaysia, and Singapore). 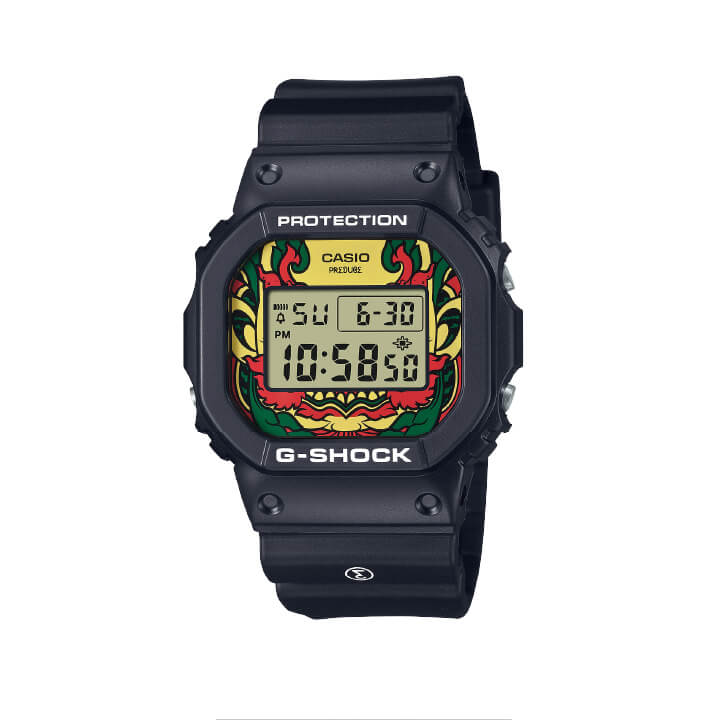 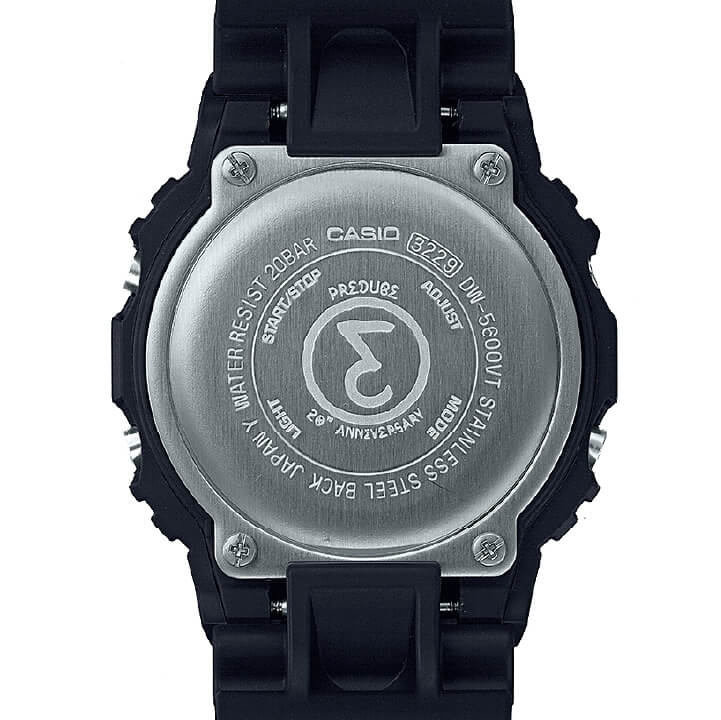 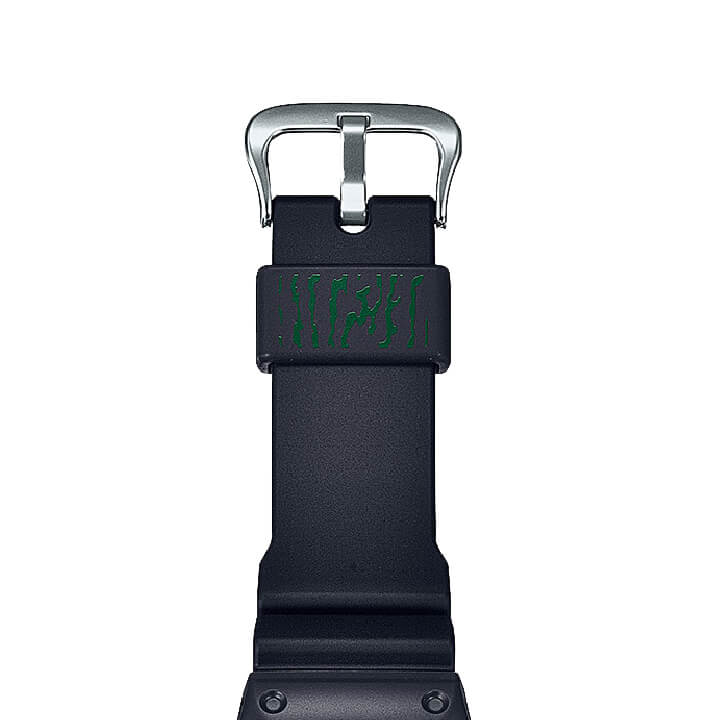 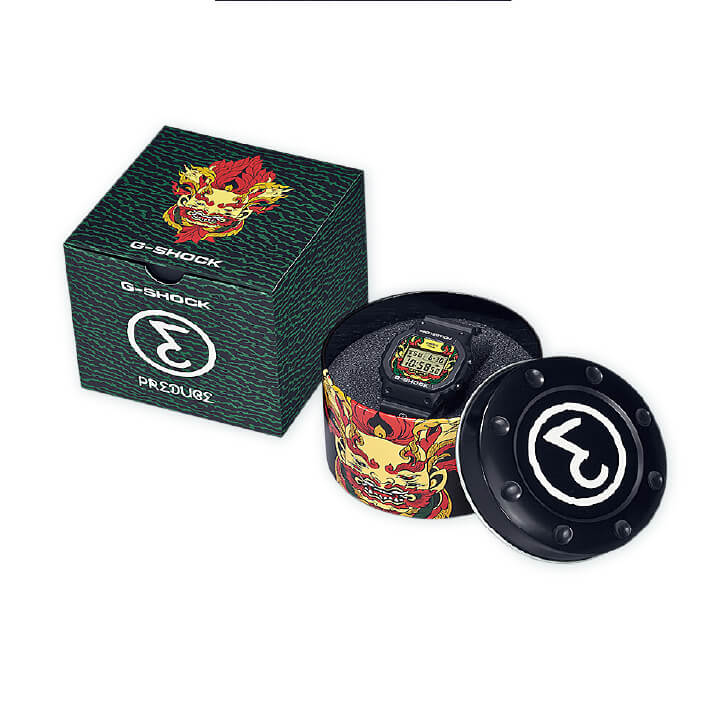 Thai skateboard maker and streetwear retailer Preduce will be hosting an event on Saturday, December 24, at the Baan Preduce skatepark in Bangkok to celebrate the release of a new G-Shock DW-5600 collaboration.

Familiar to any Thai skater, Preduce was founded in 2002 as the first skateboard company in Thailand and has become a hub for skaters and street culture. The company sells skateboards, accessories, and clothing and frequently collaborates with international brands. Its long-running Siam Square store recently closed, but a new location, along with the Baan Preduce skatepark, opened in August 2022 in the Phra Khanong district at 10 Soi Farmwattana. 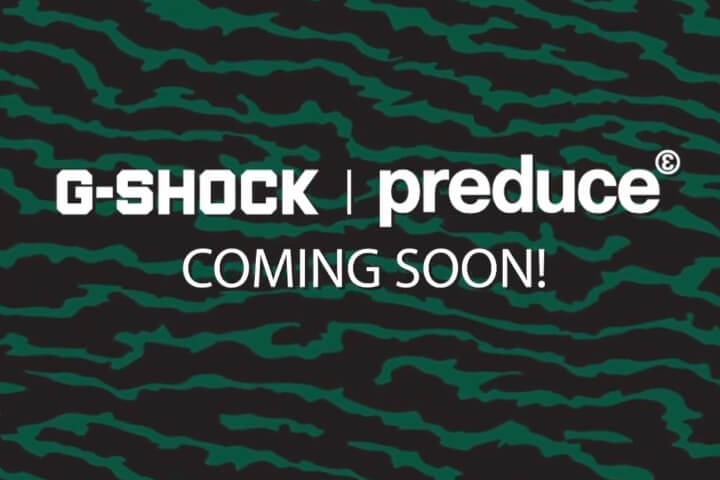 G-Shock “Game Changer” Campaign and Event (Singapore)
Disclosure: G-Central is managed by fans and supported by ads. We may earn a commission on purchases from our links to Amazon, eBay, and Reeds Jewelers. Please follow your country's official G-Shock site for additional release information.