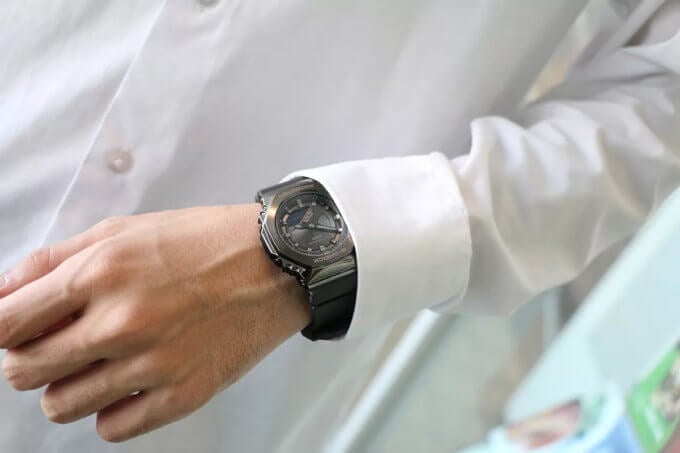 We previously noted the unisex styling of the debut metal-covered GM-S2100 colorways. Mizuki Nomura, a product planning leader at Casio, revealed in an interview that the GM-S2100 was designed for both women and men. There is also a photo of a man wearing the gray GM-S2100B-8A with a long sleeve shirt. 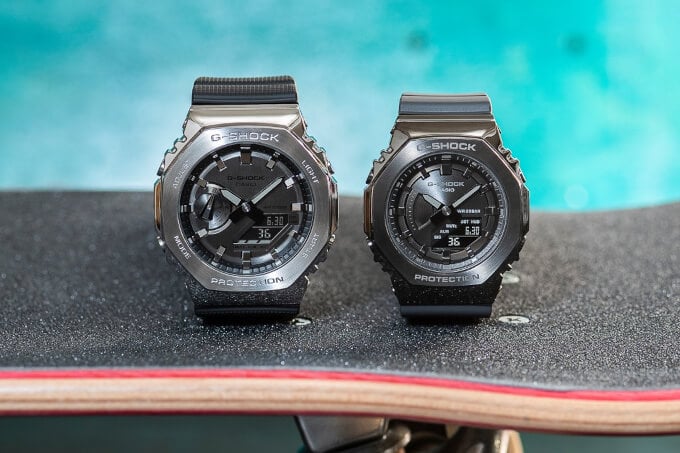