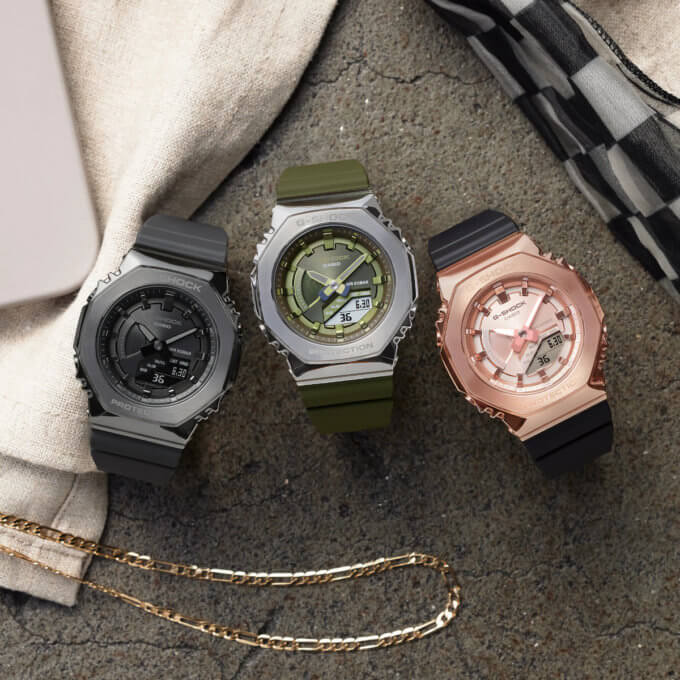 The S Series is a women’s G-Shock line featuring the full shock resistance and 200-meter water resistance of their larger counterparts. These GM-S2100 models have a unisex style that are suitable for anyone who prefers a smaller watch, although the larger GM-2100 is considered mid-sized and not a very large G-Shock. 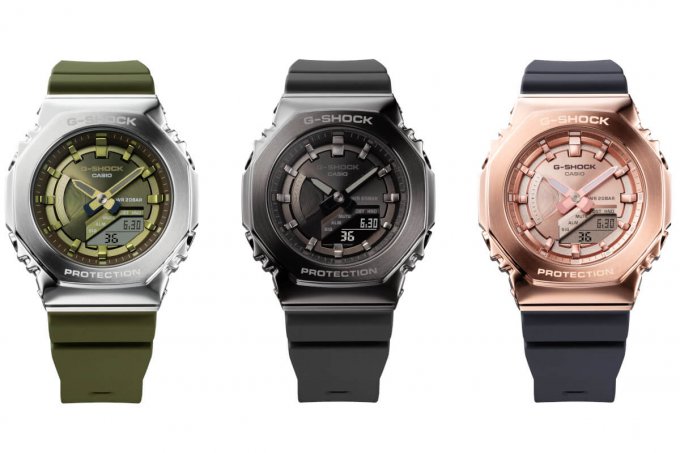 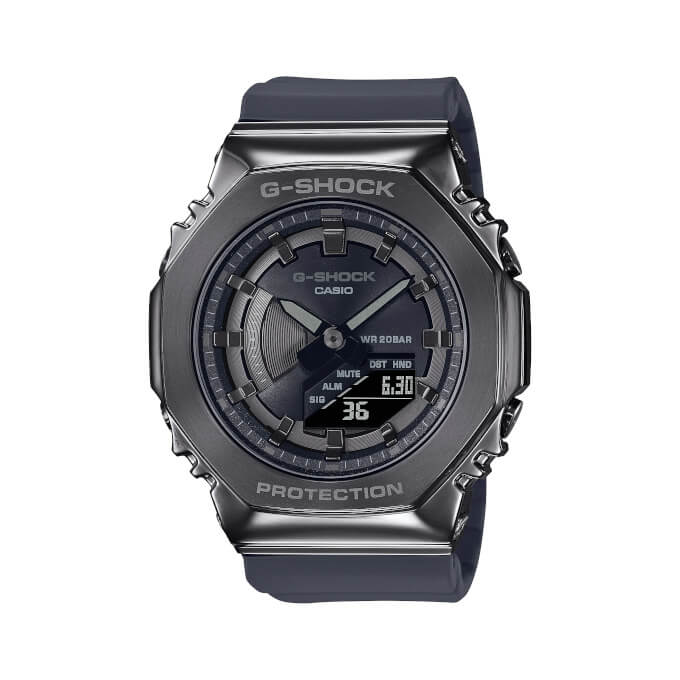 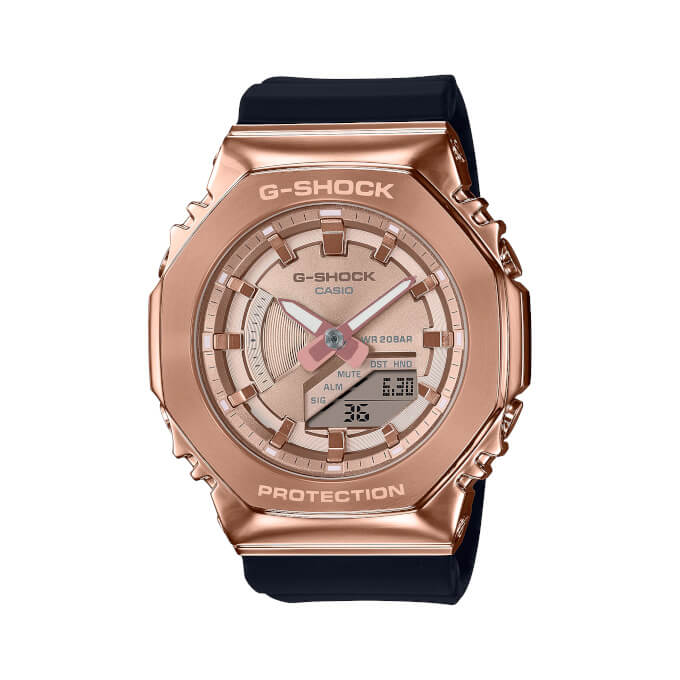