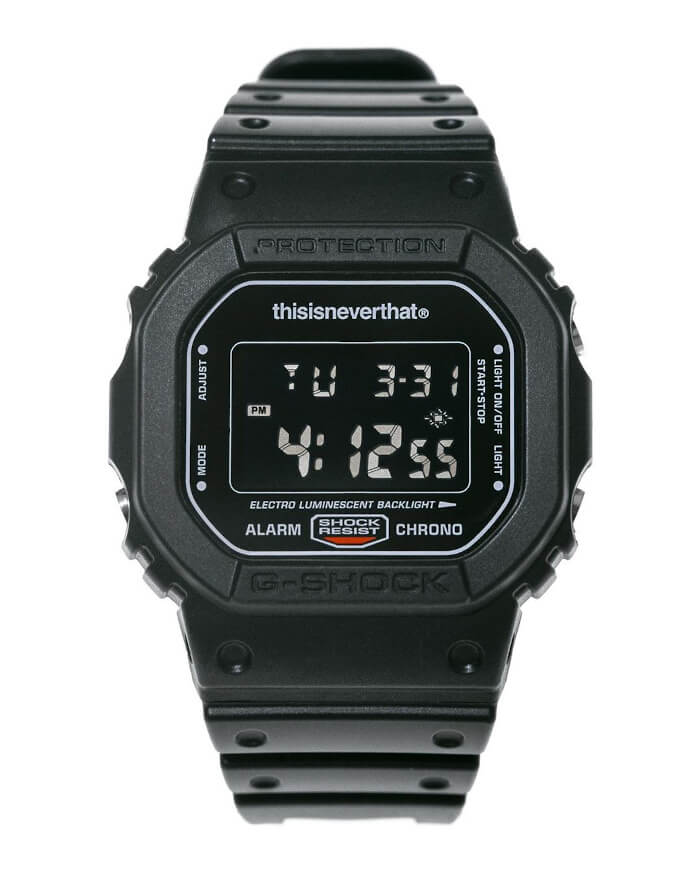 Seoul-based street fashion brand Thisisneverthat (stylized as thisisneverthat®) released the G-Shock DW-5600TNT-1DR collaboration watch on April 20, 2020. It was released in-store in Seoul and online at thisisneverthat.com for 159,000 KRW (now sold out). The watch is also expected to be available soon at the company’s international website at intl.thisisneverthat.com, and it may be restocked on the South Korean site too.

At first glance, the limited edition watch looks like a stealth DW-5600E with blackout lettering and a reverse LCD display. A closer look reveals the South Korean brand’s logo in white on the upper face and its partial logo engraved on the case back. The watch includes a co-branded commemorative t-shirt and custom packaging that includes a cardboard box and cloth bag.