Portugal’s Polícia Segurança Pública (Public Security Police) has teamed up with Casio for a G-Shock promotion to commemorate the 10th anniversary of the Unidade Especial de Polícia (Special Police Unit, a.k.a. UEP). The Special Police Unit is made up of five specialty sub-units including the Intervention Corps, Personal Security Corps, Special Operations Group, Centre for Inactivation of Explosives and Underground Security, and Canine Technical Operational Group. These units are showcased in the promotional video performing training exercises and operations in the field while wearing the G-Shock GWG-100-1A Mudmaster. This mud-resistant model features Tough Solar power, Multi-Band 6 radio time-syncing, and the Neon Illuminator blacklight LED. 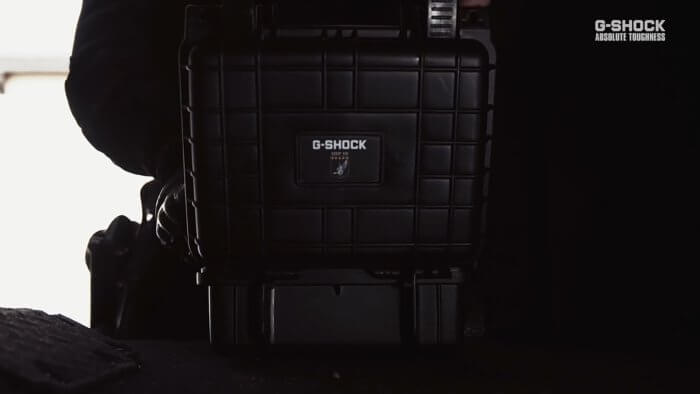 About Us: G-Central is an independent fan site covering the latest G-Shock watch releases and news. Our coverage includes worldwide releases, regional releases, limited editions, collaborations, events, and more. Our articles are frequently updated to include new information and shopping links. G-Central is independently owned and managed and is not an official representative of G-Shock or Casio. G-Shock is a registered trademark of Casio Computer Co., Ltd. Visit the official Casio G-Shock sites at
world.g-shock.com.