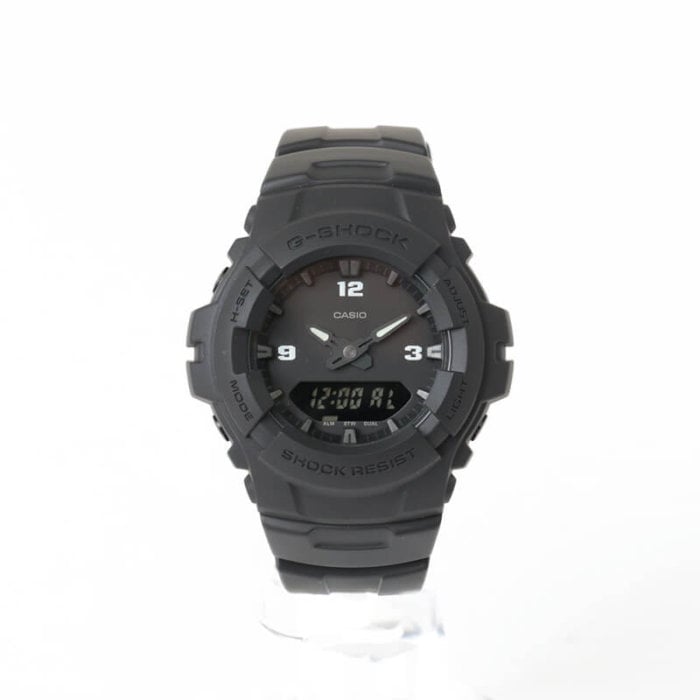 Fashion brand Urban Research is releasing 1,000 units of the G-Shock G-100-1BMJF to celebrate its 20th anniversary. This watch has a minimalist design like the all-black G-100BB-1A with black buttons and buckle, but unlike that model has white numerical markers at the 3, 9, and 12 o’clock positions. The watch also has a “Limited Edition for Urban Research” insignia engraved on the stainless steel case back. 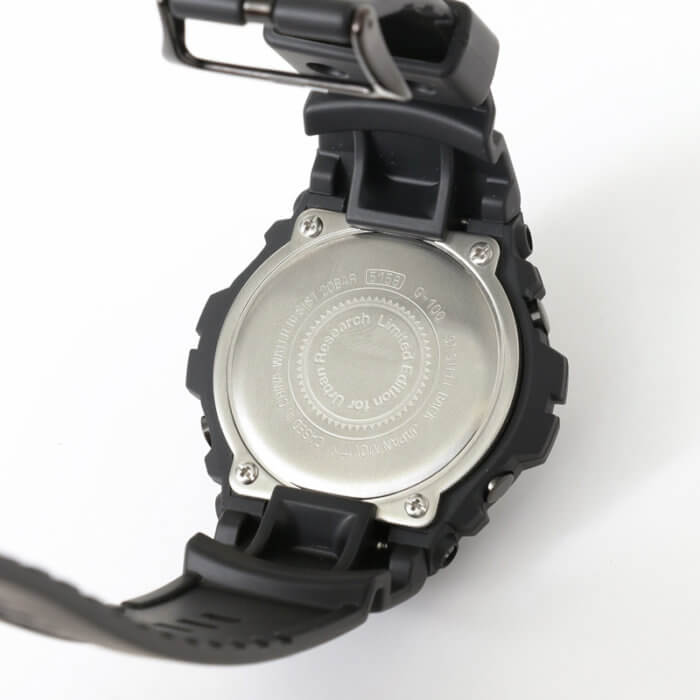 Clothing and accessory company Kinashi Cycle is also releasing a limited G-Shock G-100 watch with an all-black design, neon green Kinashi Cycle logo on the face, and engraved logo on the case back. The watch is available at the Kinashi Cycle online shop for ¥19,440 JPY (tax included).

Mary Quant x Baby-G 2 Watch for November 2017
Disclosure: G-Central is independently managed by fans and supported by ads. We may earn a commission on purchases from our links to Amazon, eBay, and Reeds Jewelers.