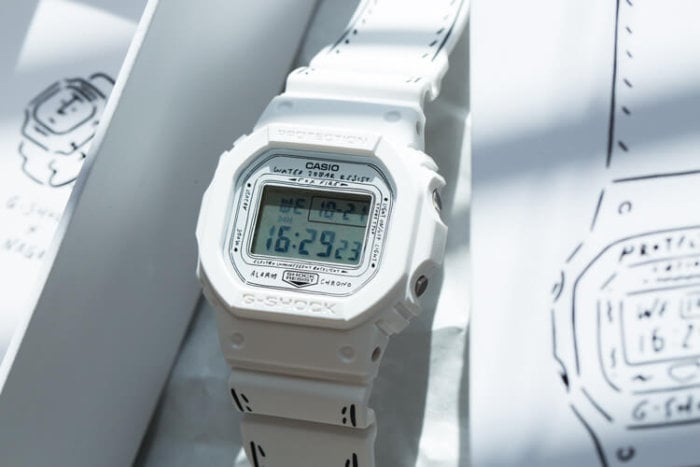 To celebrate the 35th anniversary of Casio G-Shock, Japanese retailer Beams presents a special G-Shock collaboration with illustrator Yu Nagaba. The G-Shock x Yu Nagaba DW-5600 is a matte white watch featuring an illustrated-style face with designed-by-hand labels and borders along with the standard Casio and Shock Resist logos. The bands also have a special illustrated print that looks like a drawing of a leather band. These cartoon-like elements give the G-Shock a very unique and playful artistic style. The watch also has a custom engraved case back and an EL backlight that reads “Have a nice day.” It comes in a long box with a G-Shock illustration.

The G-Shock x Yu Nagaba DW-5600 has a list price of ¥15,000 JPY plus tax. Early reservations are available at Beams with an official release date of March 18, 2018 at a pop-up shop at Beams T Harajuku. 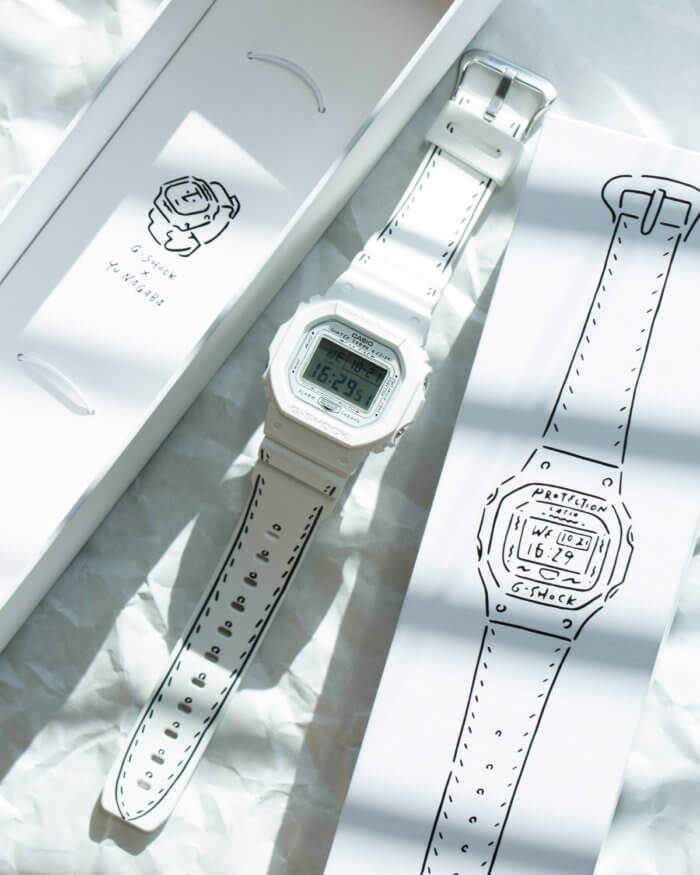 The collaboration also features other clothing and accessories designed by Nagaba, including a t-shirt, long sleeve t-shirt, cap, socks, and pins. 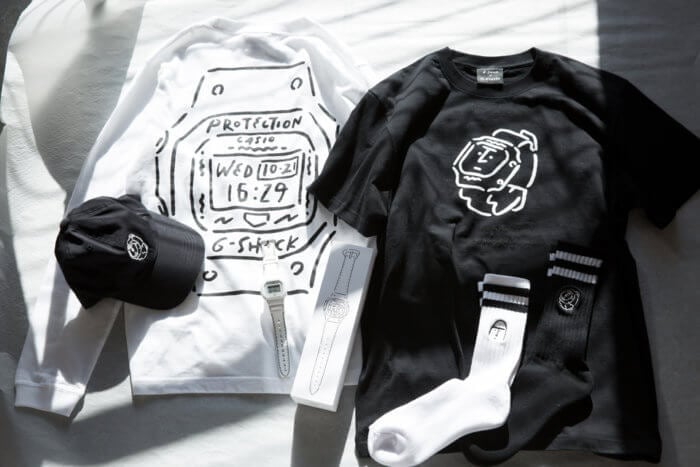