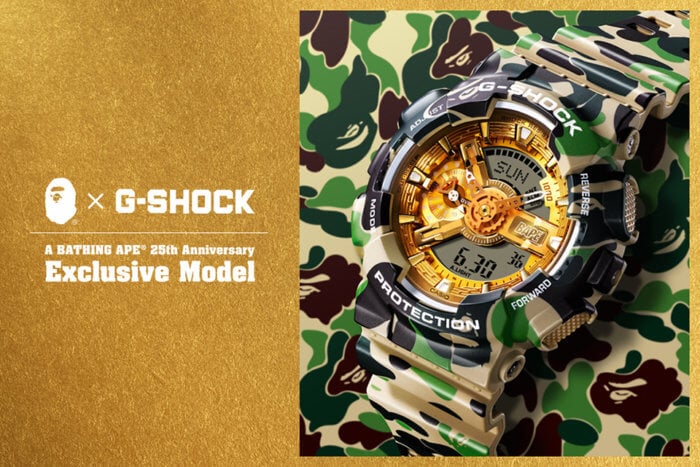 Japanese streetwear brand A Bathing Ape (BAPE) is teaming up with Casio to release an exclusive G-Shock GA-110 model to commemorate its 25th anniversary. The custom watch features a BAPE Camo woodland camouflage pattern on the bezel and bands, a metallic-style gold face, and BAPE branding on the face, engraved case back, bands, and keeper. A premium co-branded box rounds out the package.

A Bathing Ape is one of G-Shock’s best-known and earliest collaborators and this marks the first time it is releasing an analog-digital G-Shock watch.

The watch will be pre-sold at the BAPE XXV exhibition at Omotesando Hills Space O on Saturday, September 29th, 2018. It will be available at all A Bathing Ape locations on Saturday, October 6th (with a lottery system to determine the entrance orders for customers). The list price is ¥32,000 JPY plus tax.

Most of its G-Shock collaborations are limited to Japan, but BAPE is also listing many of the international G-Shock stores on the watch’s product page and some stores (such as Bangkok) have announced that they will be selling the watch, so it looks like it will be available outside of Japan. The stores listed include the official G-Shock stores in Paris, Milan, Moscow, London, New York City, Shanghai, Beijing, Seoul, Hong Kong, Taipei, Singapore, and Bangkok. Quantities will be very limited and some stores such as Bangkok and New York are running lotteries to determine who can purchase the watch. 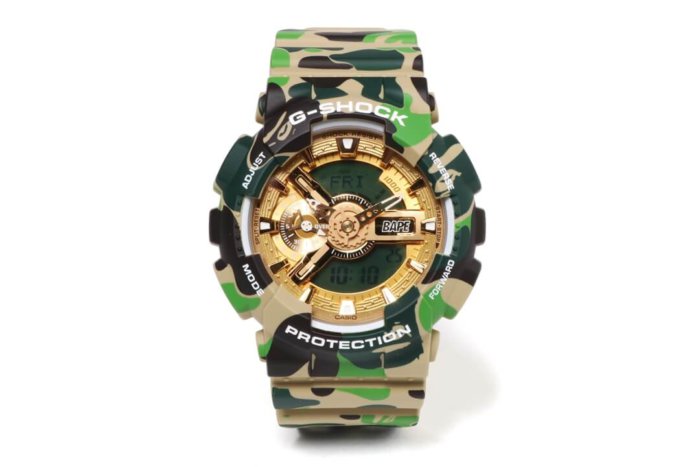 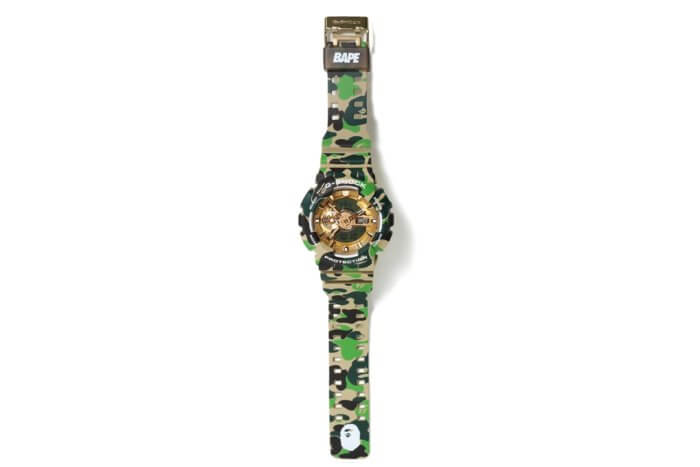 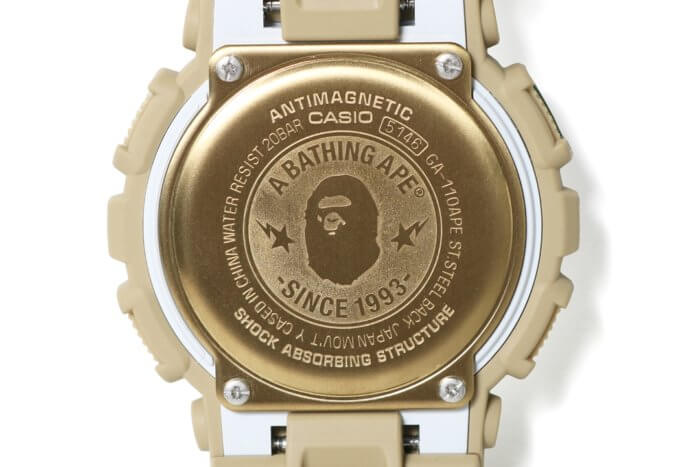 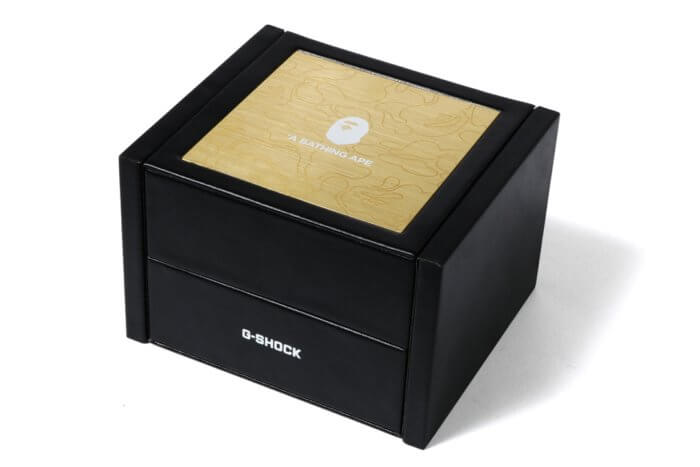 A visit to the G-Shock Casio flagship store in Bangkok, Thailand