Casio recently revealed that the G-Shock GA-110 is the world’s all-time top-selling G-Shock base model. Here are some quick facts about the popular analog-digital watch.

The GA-110 was first released in March 2010 with the “Hyper Color” series. Included in the debut was the multi-colored GA-110F-2 which came with a G-Shock Man figure. 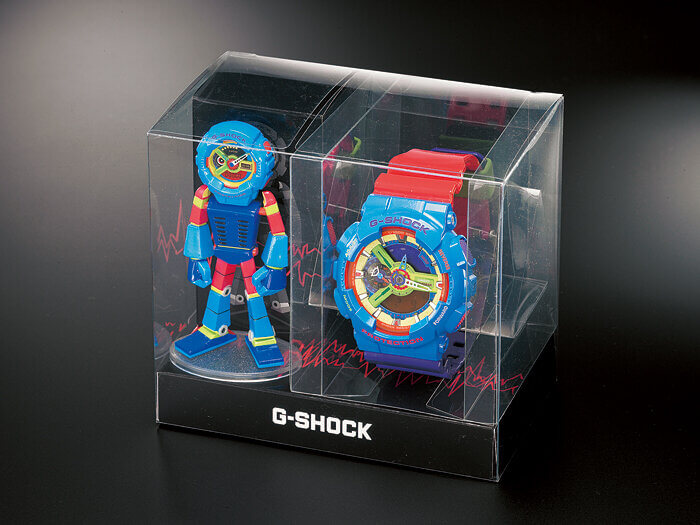 The GA-110 (and GA-100) was created by head designer Ryusuke Moriai who is also famous for designing the best-selling Casio F-91W digital watch. Moriai joined Casio in 1985.

Moriai stated that he intended to create a “Japanese subculture model” with the GA-110 that would accommodate many color combinations. He also stated that it is influenced by the “industrial design of steampunk.” (source)

According to G-Shock.jp, 111 GA-110 models have been released (not including all collaborations).

Zumiez.com’s top-selling G-Shock watches are the black and gold GA110GB-1A and the more subdued GA110-1B at number one and two, respectively. These are also Macys.com’s top two GA-110 models. In the second half of 2018, the GA-110GB-1A was also the top GA-110 model at Casio’s Japan e-commerce site with the GA-110FRG-7A collaboration watch at number two and the white and rose gold GA-110FRG-7A at number three. 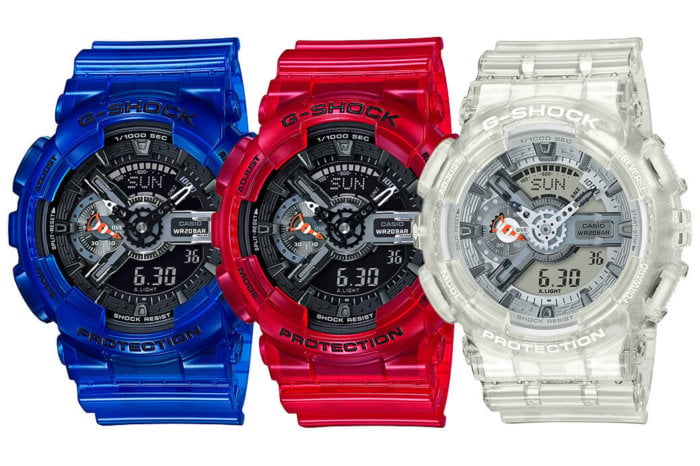 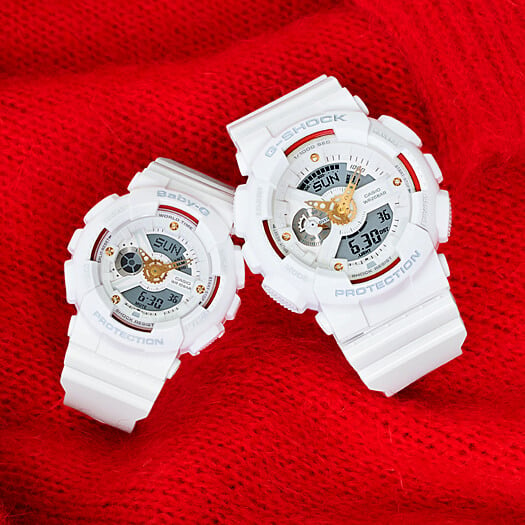 The most recent GA-110 model is the GA-110MMC-1A with a glossy black finish and rose gold dial. 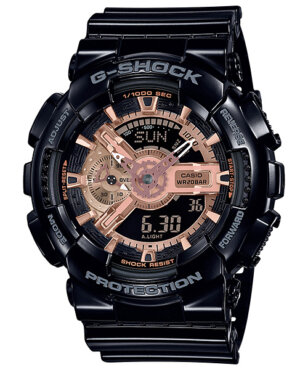 G-Shock Glacier Gold (Skeleton Gold) 35th Anniversary Collection
Disclosure: G-Central is managed by fans and supported by ads. We may earn a commission on purchases from our links to Amazon, eBay, and Reeds Jewelers. Please follow your country's official G-Shock site for additional release information.

I’m a big fan of the all one color watches. But the pink and blue aren’t very often affordable.

Yes, because these (the watches pictured at the top) are old models that are not being made anymore.