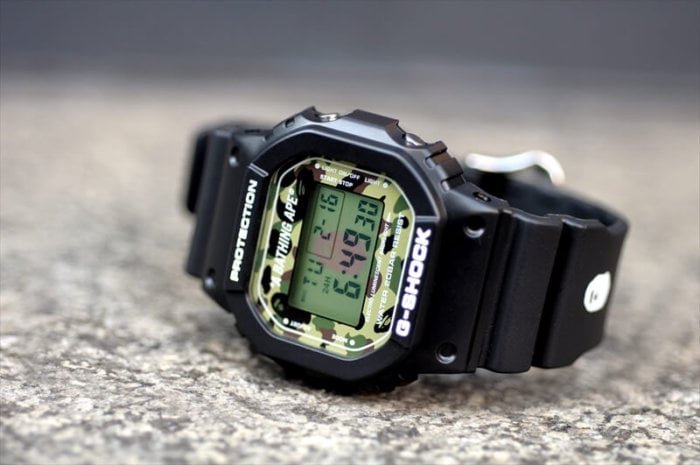 Coming soon to Japan is the new BAPE CAMO G-Shock watch, another in a long line of collaborations between Casio and streetwear fashion brand A Bathing Ape. The watch is a black DW-5600E-1 featuring a camouflage face inspired by BAPE’s camo line of jackets and clothing. The band has BAPE branding along with the Ape Head logo and the motto “Ape Shall Never Kill Ape.” The EL backlight and case back also feature the Ape Head logo.

The Bape Camo G-Shock will be available in stores February 6 in Japan. Price is 20,000 Yen. 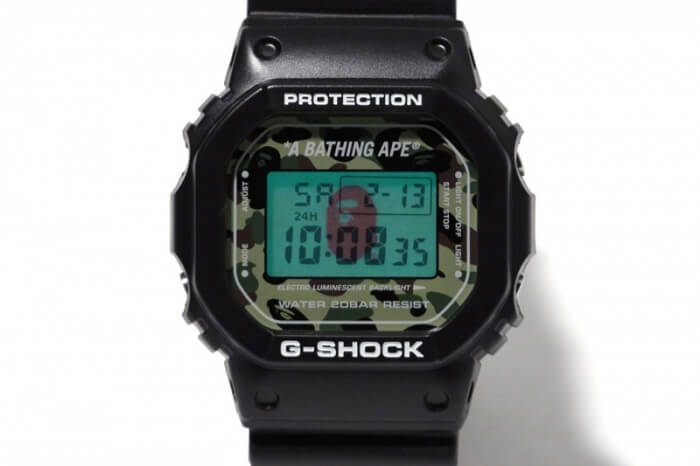 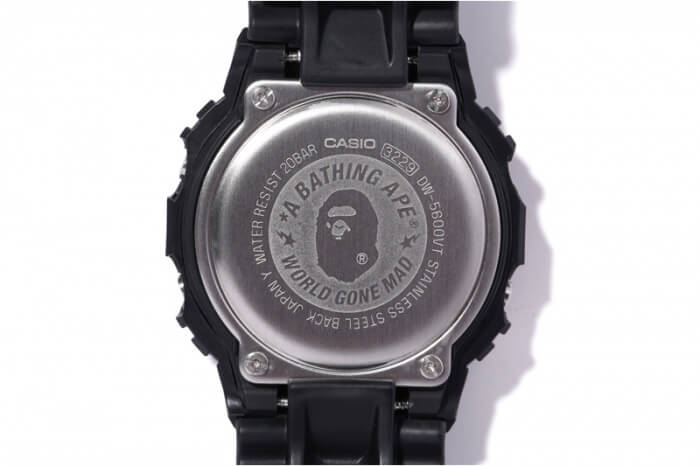 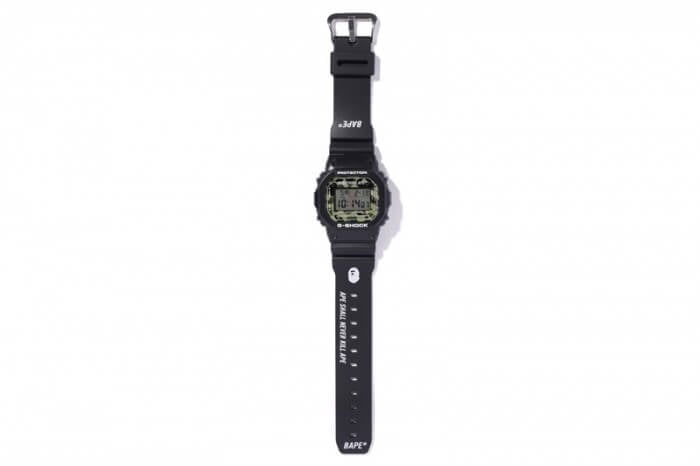 but the G-Shock U.S. and U.K. websites say it has a DLC coating.