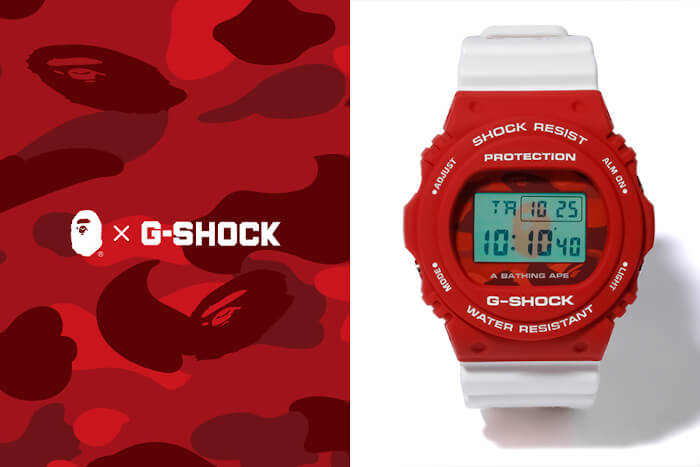 A Bathing Ape (a.k.a. BAPE) announced a new G-Shock DW-5750 release, the latest in a long line of collaborations with the iconic Japanese streetwear brand.

The limited edition watch has a red bezel and white band. A red camouflage pattern that includes the ape head covers the face with A Bathing Ape’s logo, and the ape head also appears on the EL backlight and stainless steel case back. The band has a red pattern of the “BAPESTA” logo printed on it, along with a red band keeper.

The base model is the DW-5750, which is based on the first round-face G-Shock model from the 1980s and was revived during the 35th Anniversary in 2018.

The BAPE x G-Shock DW-5750 will be released on March 21, 2020, exclusively at BAPE.com and Zozotown. (Zozotown offers international purchases and shipping powered by Buyee.) 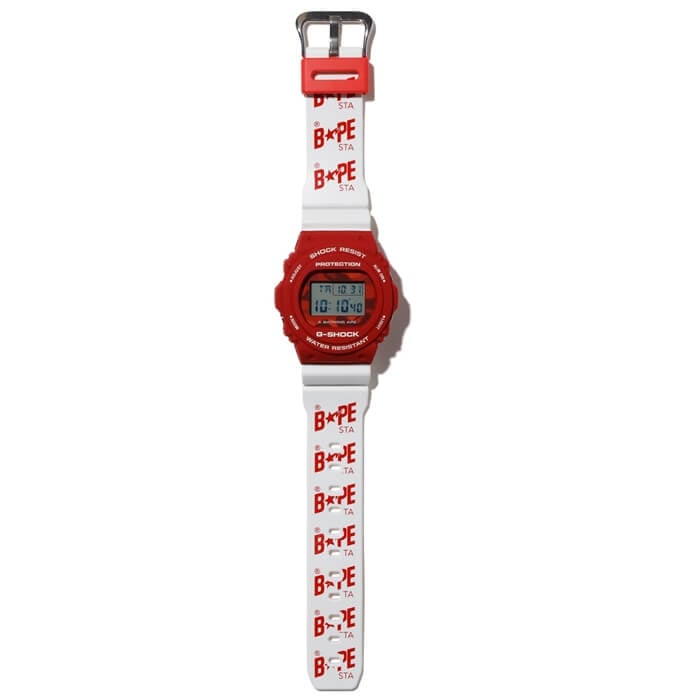 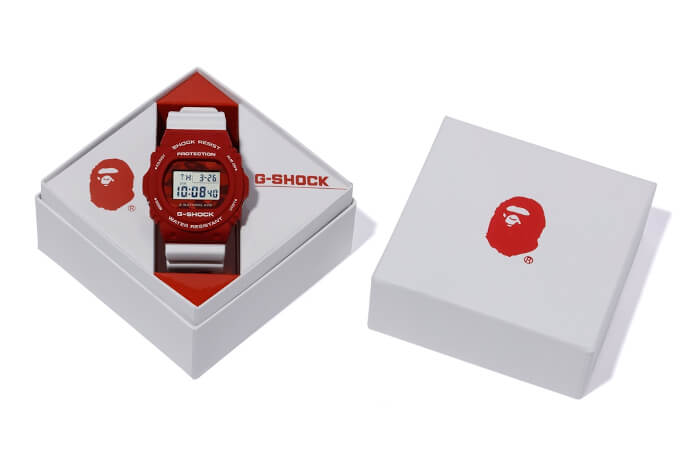