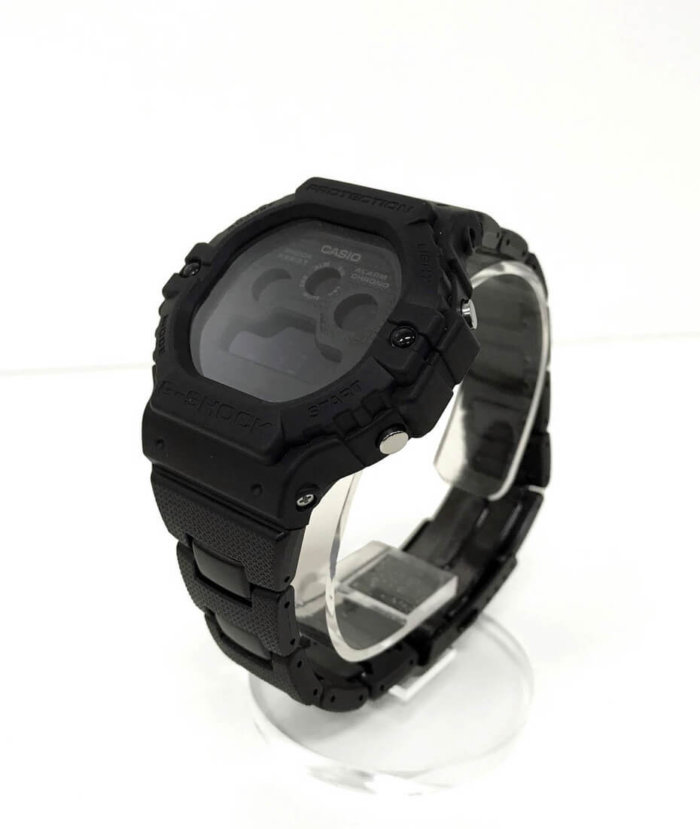 Japanese fashion brand Comme des Garçons opened a limited-time “Blackmarket” shop at Omotesando on October 11, specializing in black-colored goods, and sold out of its special edition G-Shock DW-5900 watch in three hours. On October 25, the store released more watches to sell, and a lottery was held to determine who could buy the watch for 24,000 JPY. The watch is a blackout DW-5900 like the DW-5900BB-1, but with a composite band and a custom CDG logo printed near the clasp. The Blackmarket pop-up shop will be open until October 30, 2019.