Even more surprising than the DW-5700 revival from earlier this year, Casio continues the “Returning To The Origin” theme of the 35th Anniversary by bringing back the G-Shock DW-5900 series in the form of the DW-5900-1 and DW-5900BB-1. The DW-5900 was originally launched in 1992 and is also known as the “3-Eyed” and the “Walter” (as John Goodman’s character wore it in “The Big Lebowski”). It was the first G-Shock with the three-eye LCD design that would make its way onto the iconic and long-running DW-6900. These watches are the first DW-5900 models to be released since 1993.

The DW-5900-1 has the same color scheme as the DW-5900C-1 which was one of the two original DW-5900 models. The colors are the traditional G-Shock theme of a black case with white and red accents. 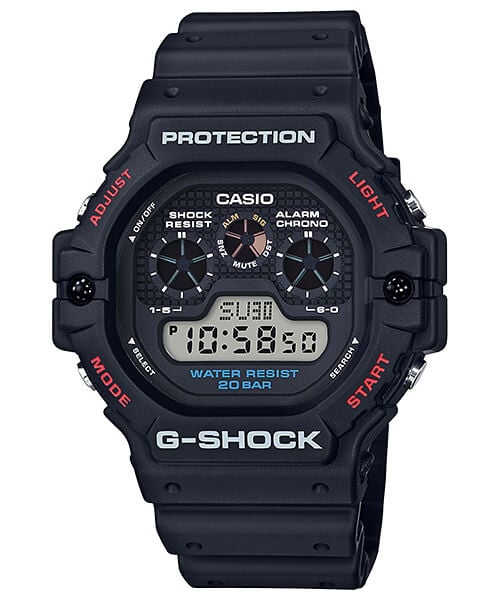 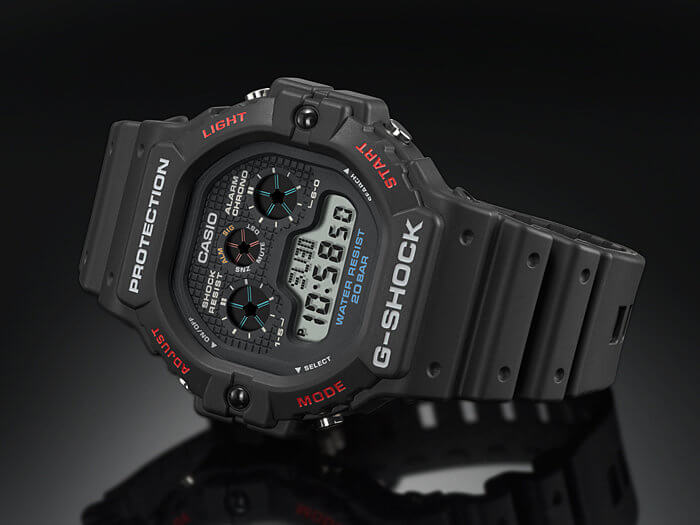 The DW-5900BB-1 is part of the Classic Basic Black Series. This black-out model has stealth bezel lettering and a reverse LCD display. 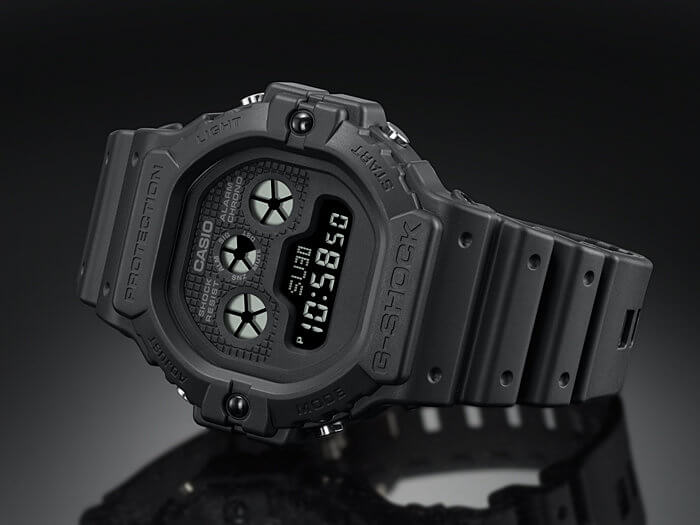 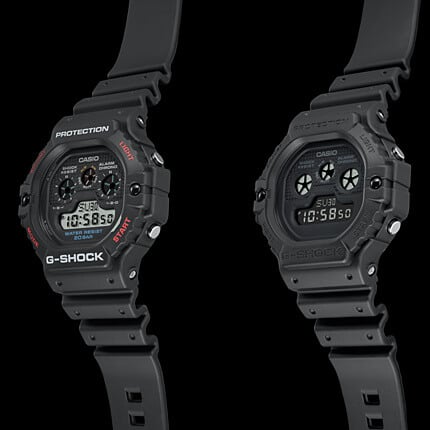 Very cool looking watch, I just ordered the regular classic version. I think it’s odd that the stopwatch only goes up to 60 minutes, since my G5600E with World Time (and other similar feature set) has a 24 hour stopwatch, but I have learned with Casio digital watches that you can’t assume a feature will be there and to check the specs before purchase. This still has many features I like and I primarily bought for the unique style.

Cool looking watch and seriously, it looks like one of the concept watch initiated by G-Shock before their realization on the 6900 models. I have one incoming, and had the 6900. For me, holding onto these is as good as getting back to the origin when G-Shock were not that popular. I like that. I purely think that’s just genius and the nickname Walter is just perfect! The 6900 is great, but maybe 5600 is much better if you are looking into an origin watch. Otherwise, there are plenty of other models to play around..