Original Post: The next G-Shock 35th Anniversary series was leaked online and it is the Glacier Gold Collection, a.k.a. the Jelly & Gold Series. Models include the DW-5035E-7, DW-5735E-7, GA-735E-7A, and GA-835E-7A with the first two models being screw-lock case backs like their counterparts in the Origin Gold Collection. These watches feature transparent cases, reflective gold faces, and buckles and stainless steel strap keepers with a gold IP. The DW-5035E-7 and DW-5735E-7 appear to have inner stainless steel cases that have been treated with a gold IP and are visible through the bezels, giving these models a completely unique look. The GA-735E-7A and GA-835E-7A have a white resin inner case to match the glacier theme. The “jelly” bezels and bands are transparent and clear like ice. 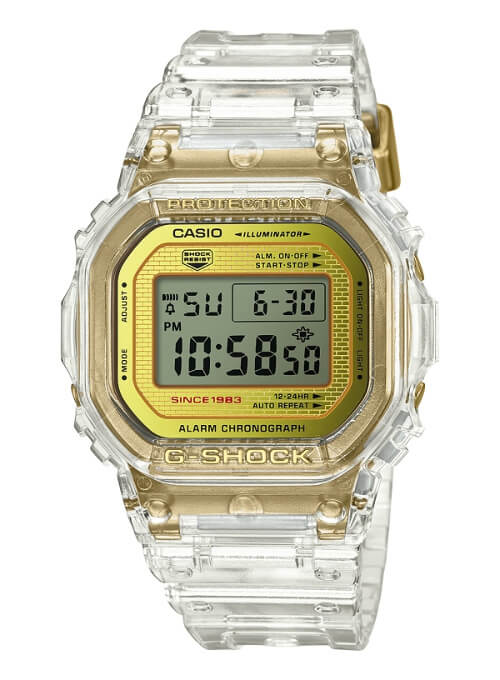 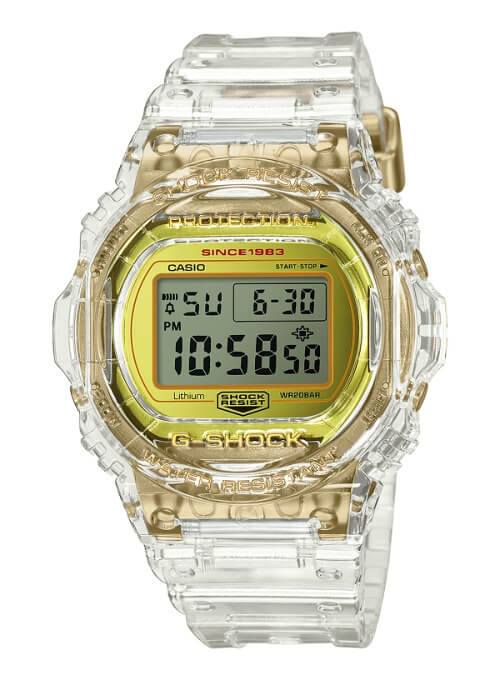 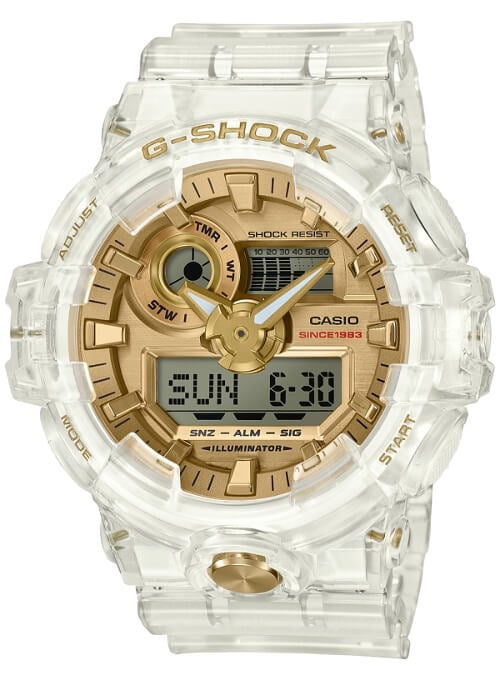 G-Shock GA-835E-7A: The GA-835E-7A is based on the GA-800 released in 2017. This mid-size model features a traditional third analog hand to display the second, a dedicated stopwatch button to start it immediately from timekeeping mode, 120-record lap time memory, and a front-facing LED light (Super Illuminator) button. 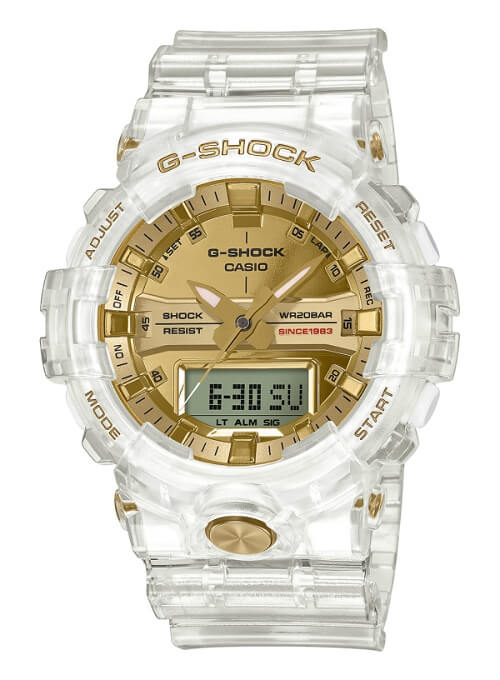 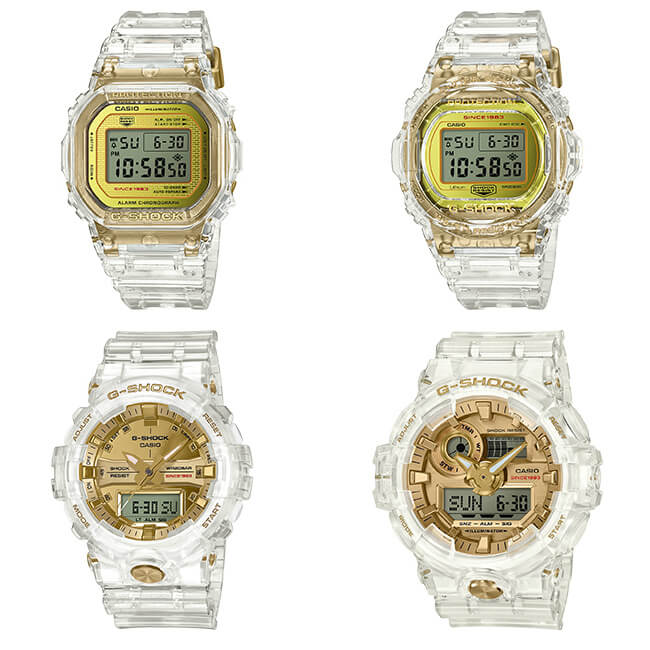 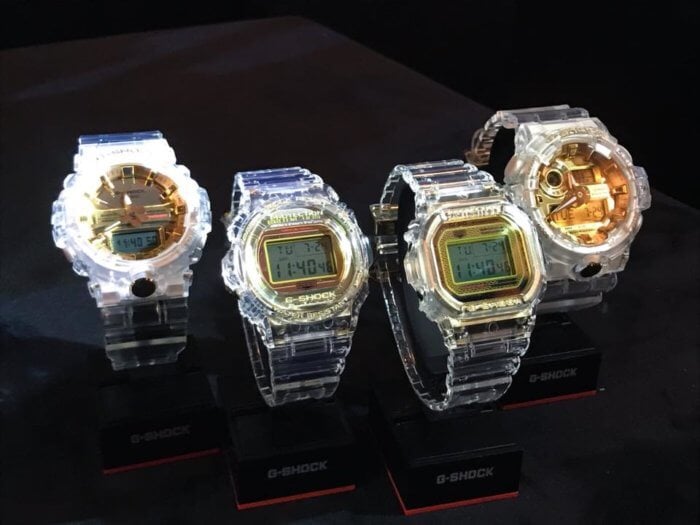 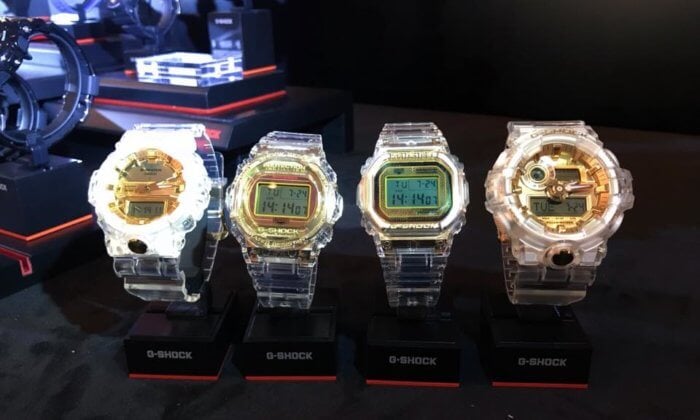 G-Shock G-STEEL GST-S100 and GST-S110
Disclosure: G-Central is managed by fans and supported by ads. We may earn a commission on purchases from our links to Amazon, eBay, and Reeds Jewelers. Please follow your country's official G-Shock site for additional release information.