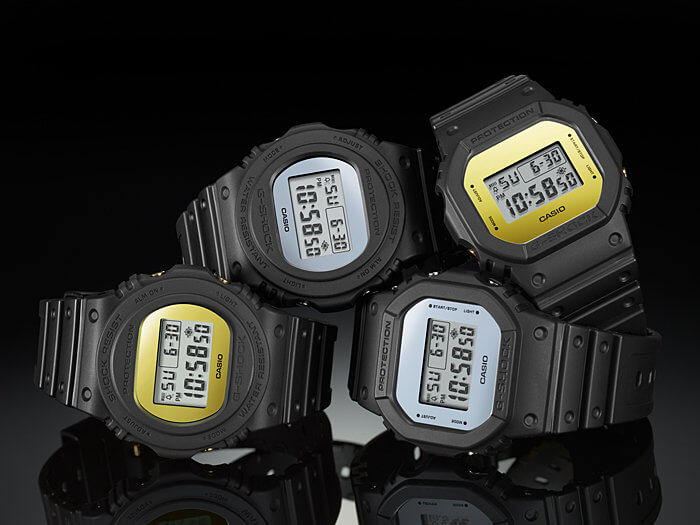 The Origin theme continues with the June release of the Metallic Mirror Face Series featuring the G-Shock DW-5600 and DW-5700, two base models inspired by the original G-Shock and the first-ever round-face model. This series features basic black matte exteriors with a mirror finish display frame in silver or gold. These displays are created using a special vapor deposition process that applies a reflective material to the inside of the glass. The absence of bezel lettering allows the metallic finish to stand out. With its highly reflective face, this looks like the type of watch that needs to be seen in person to be fully appreciated. It appears to be the same type of reflective face as the recent Pigalle x G-Shock DW-5600 collaboration watches but with different colors. 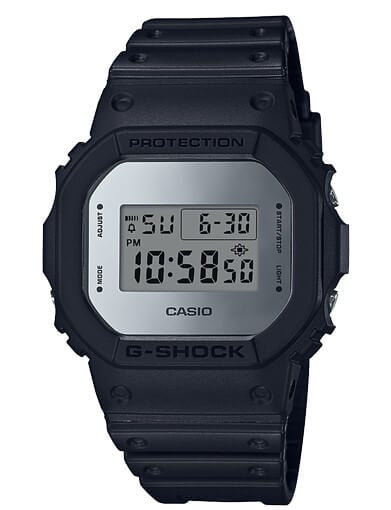 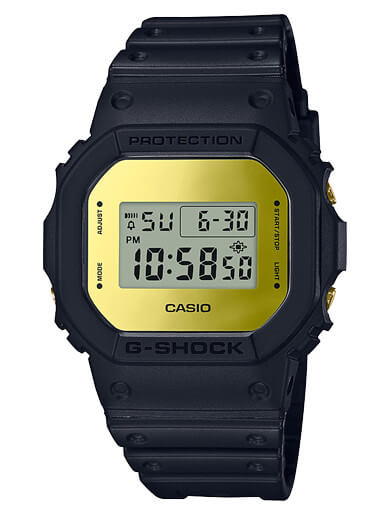 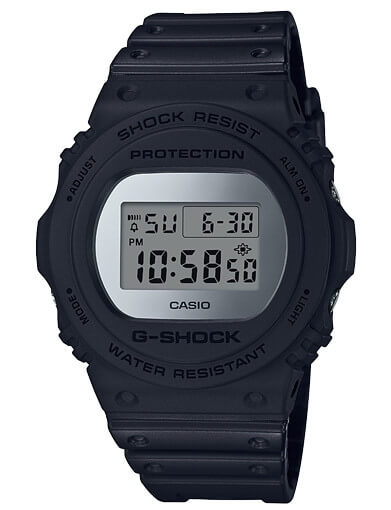 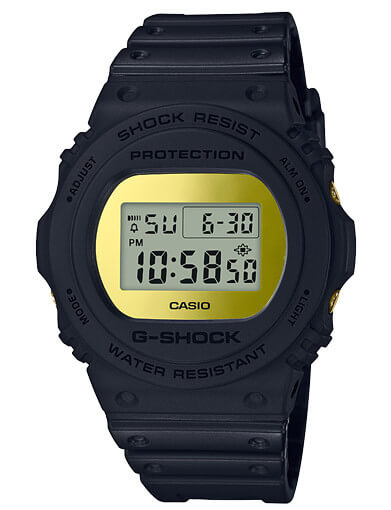 G-Shock Gold Ingot Skeleton Series: GM-5600SG-9, GM-6900SG-9, GM-110SG-9A
Disclosure: G-Central is managed by fans and supported by ads. We may earn a commission on purchases from our links to Amazon, eBay, and Reeds Jewelers.