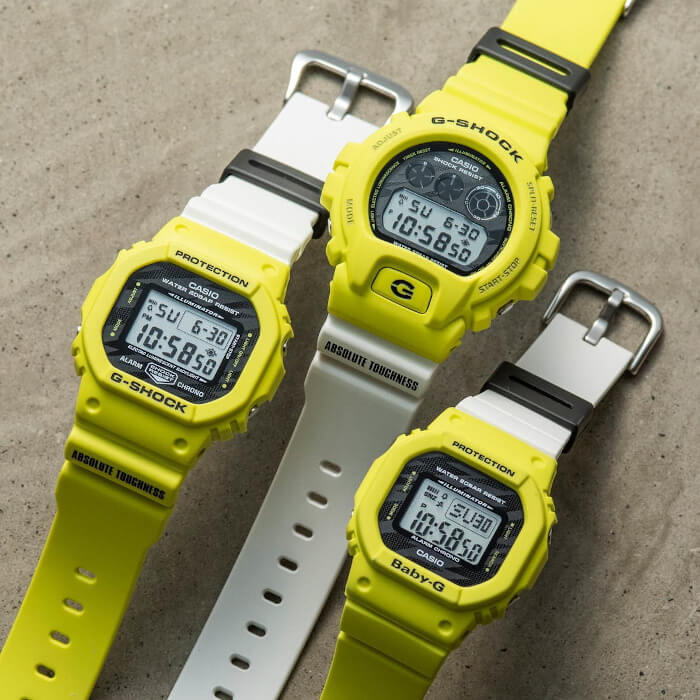 The G-Shock DW-5600TGA-9 and DW-6900TGA-9 are special Team G-Shock editions featuring a lightning bolt motif that symbolizes strength and agility. The color yellow represents the lightning and a unique lightning pattern adorns the face. A lightning motif also appears on the EL backlight. The words “Absolute Toughness” appear on the lower band. A matching Baby-G model, BGD-560TG-9, is also expected.

For more new DW-5600 and DW-6900 models coming to Japan in July 2020, see the Color Skeleton with Fluorescent Accents Series and the Psychedelic Multi Colors Series. 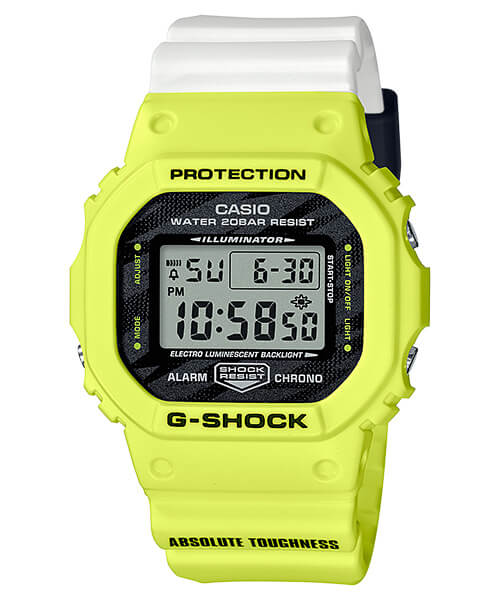 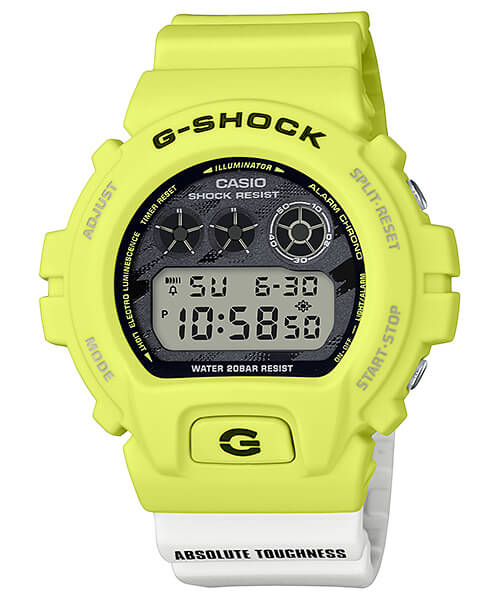 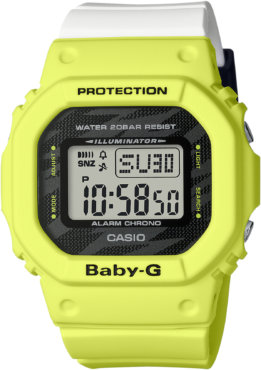