1992’s G-Shock DW-5900 had a surprise revival in 2018 and has since been featured as the base for some colorful releases. That trend continues with two playful summer models, as the DW-5900DN-1JF and DW-5900DN-3JF kick off the the Psychedelic Multi Colors Series for June 2020 in Japan and Asia.

The multi-color designs are inspired by the neon colors of the night. Two other models, the DW-5600DN-7 and DW-5610DN-9, are also expected to be part of the series and are probably coming later. These mid-size digital models are appropriate for all genders. 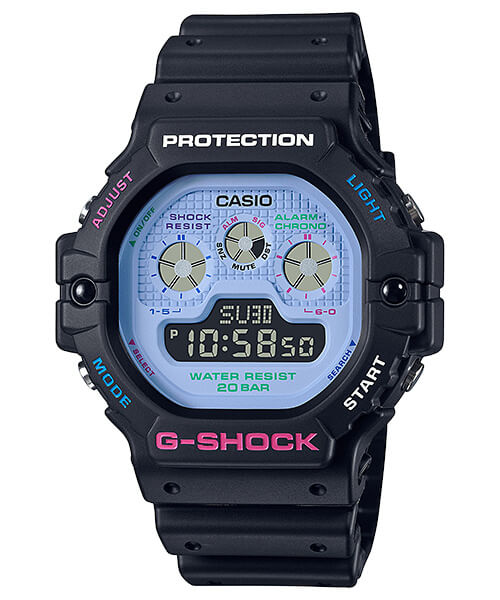 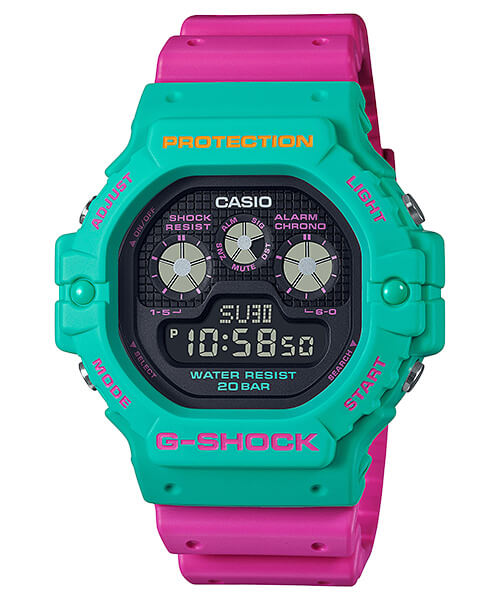 G-Shock DW-5600DN-7: White bezel and band with psychedelic pattern on the face. 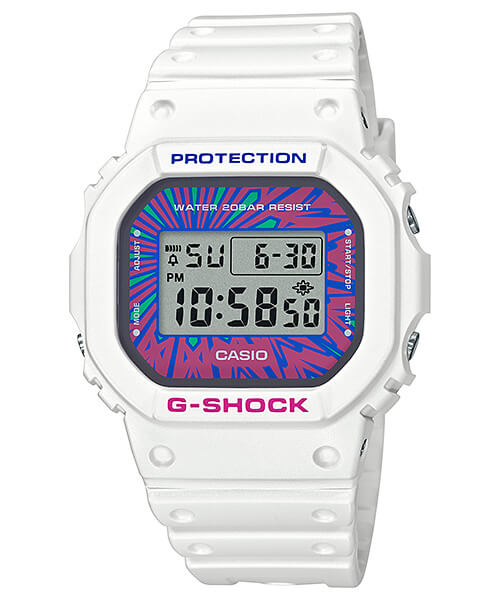 G-Shock DW-5610DN-9: This is the first dual-molded DW-5610 model with a non-black bezel, in this case orange. The colorful watch also has a yellow case, purple lower band, red upper band, and green band keeper. 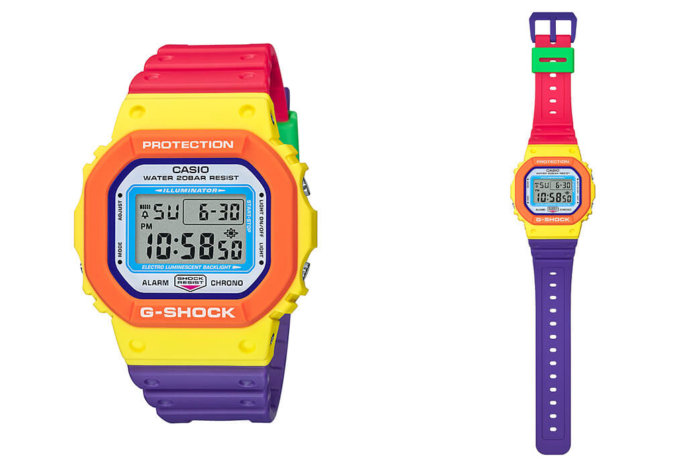