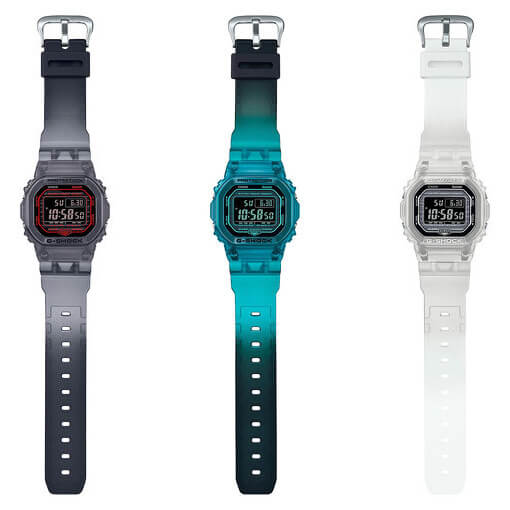 The G-Shock DW-B5600 is an affordable Bluetooth-connected model based on the original G-Shock case of the DW-5000C from 1983. The launch models include the black DW-B5600G-1, blue DW-B5600G-2, and white DW-B5600G-7. The series will be released in September in Japan, with other regions expected to follow. The tax-included price is 15,400 yen each.

Although there is already another Bluetooth-connected 5600 model with the GW-B5600, the DW-B5600 is noteworthy for being the most affordable classic square model with Bluetooth, and it has some other upgrades over the basic DW-5600 such as world time, five daily alarms, button sound disabling, adjustable date format (including six languages for the day of week), and an auto LED backlight with adjustable afterglow. The DW-B5600 is battery-powered with an approximate battery life of 3 years on a CR2016 battery. The battery life rating takes into account using the auto time adjust feature with Bluetooth (4 times per day), one alarm for 10 seconds a day, and the LED light for 1.5 seconds a day. The DW-B5600 is equipped with module 3509 (instructions at casio.com).

What does Bluetooth add to the DW-B5600?

Pairing the DW-B5600 with a smartphone and the Casio Watches app adds the following functions: automatic time adjustment, one-touch time correction (for manual connection and adjustment), phone finder (emits a loud tone on the phone when the watch successfully connects to it), world time with approximately 300 cities and home time/world time swapping, automatic summer time (DST) switching, timer settings, alarm settings, and app information receive (which displays status information from the app when the watch connects to adjust the time). As with other connected G-Shock models, Bluetooth is not required to set up or and operate the watch, and you can simply ignore the Bluetooth feature if you desire.

We don’t know if Casio plans to completely replace the DW-5600 with the DW-B5600, but it seems unlikely, based on the outcry from fans that would probably occur. It’s likely that many people will still prefer the DW-5600 for its lower price, multi-function alarm which is different than the daily alarm (see glossary), and flash alerts. Some people also prefer the look of the EL backlight over the LED light, but in our experience, the EL backlight has longevity issues and tends to dim over time (even with a battery replacement).

DW-B5600 Cons: No solar power. No non-inverted LCD display option for the launch models. Some people may have preferred utility style colors and standard LCD displays instead of fashion colors. The GW-B5600 with Tough Solar power and Multi-Band 6 (radio) time syncing is not much more expensive. No reminder function like the GW-B5600.

Best For: Punctual people living in areas with no Multi-Band 6 reception.

Alternatives: Similar models to the DW-B5600 include the DW-5600 and the more advanced GW-B5600, but the GW-B5600 model selection is rather limited (especially in the U.S.). For those who live in a Multi-Band 6 area (North America, U.K., parts of Europe, Japan, China) and don’t want the Bluetooth functions, there is the GW-M5610U with Multi-Band 6 and Tough Solar. 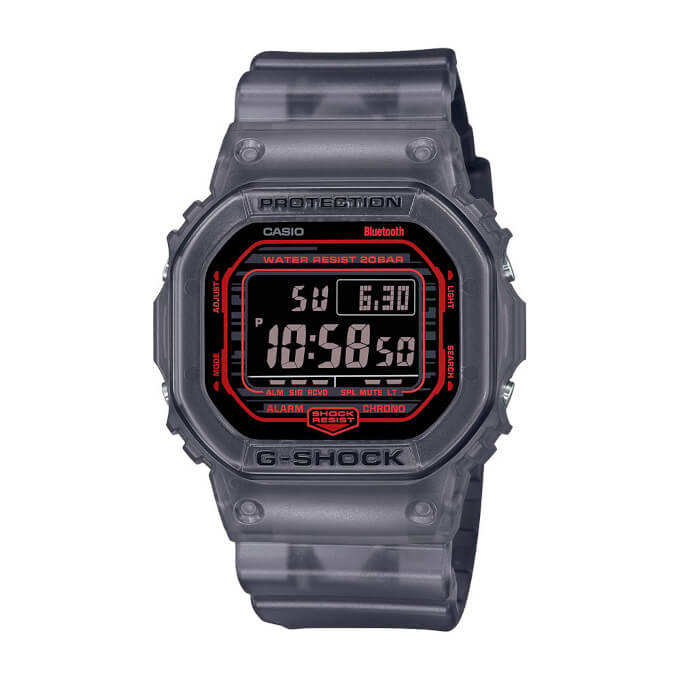 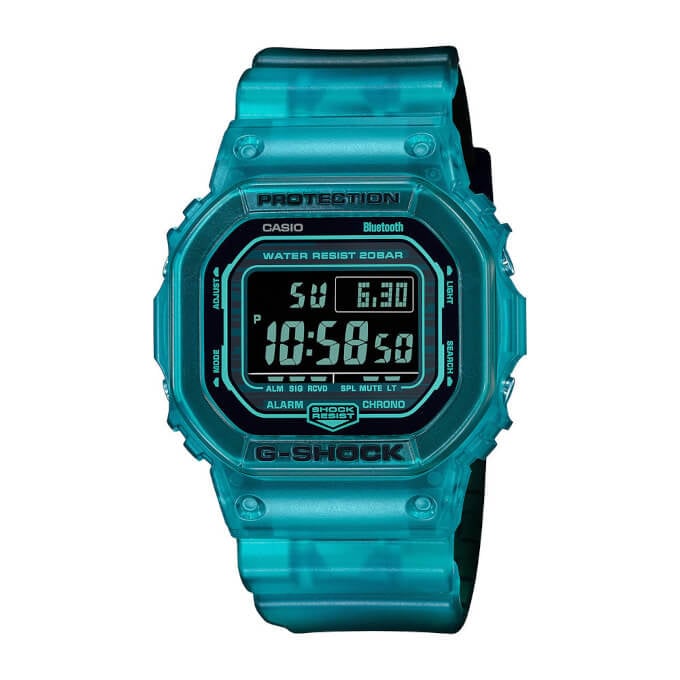 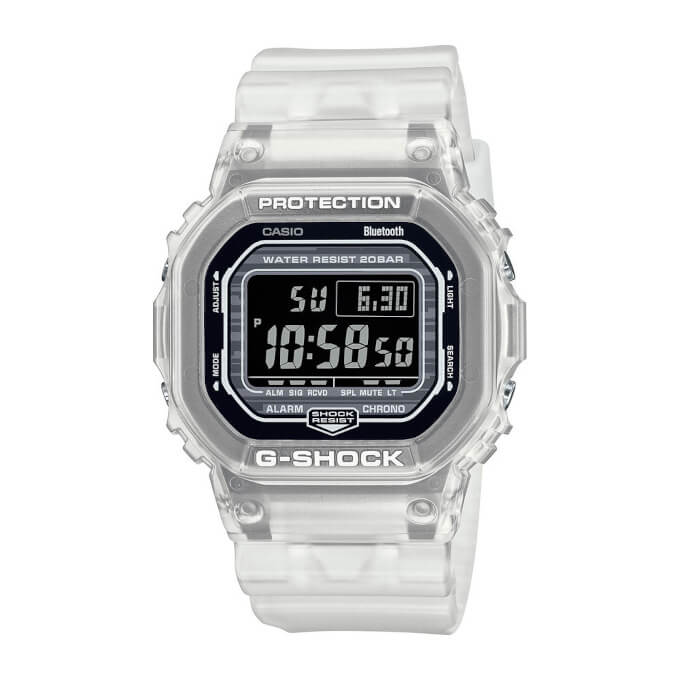 See our Glossary for more information about features

Yeah it would have been nice to see some utility colors. Maybe later.