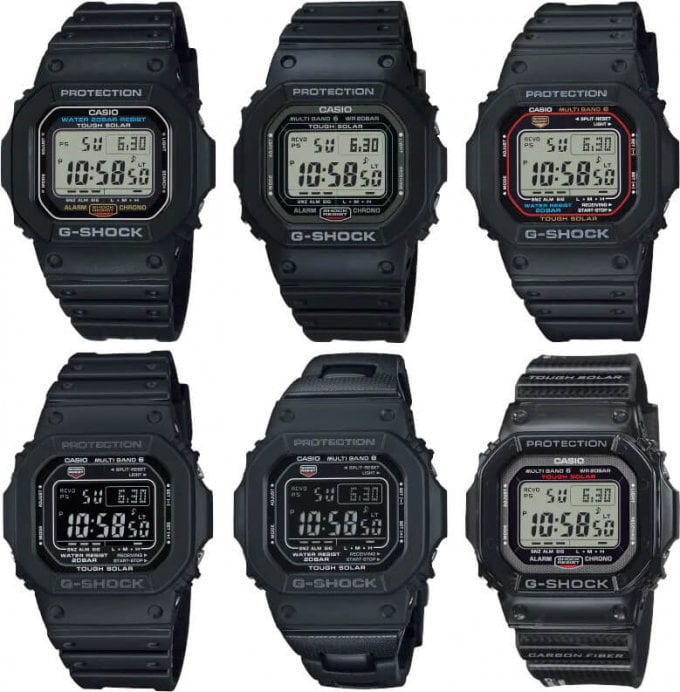 Here is a list of updated features for the “U” series.

• Full auto LED backlight
• Adjustable 1.5 or 3 second afterglow for light (versus 1.5 second non-adjustable afterglow on module 3159)
• Current time display in stopwatch and countdown timer mode
• 24-hour countdown timer is settable in units of seconds and not only hours and minutes
• Adjustable date format (M.DD or DD.M) and adjustable day of week language (English, Spanish, French, German, Italian, Russian)
• Quick return to timekeeping mode by holding down Mode (C) button for more than 1 second
• Home city time and world time display swap in world time mode by pressing the top two buttons (A and B) at the same time
• 5 world time settings (48 cities), 31 time zones, the additional 2 time zones are for the cities of Fernando de Noronha (-2) and Kathmandu (+5.75) 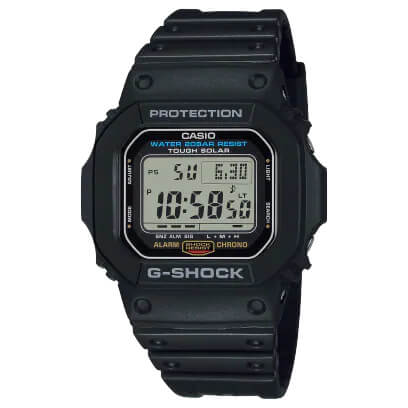 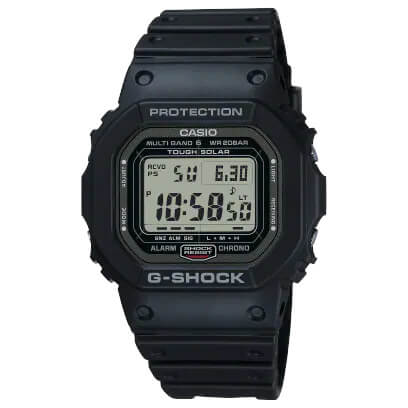 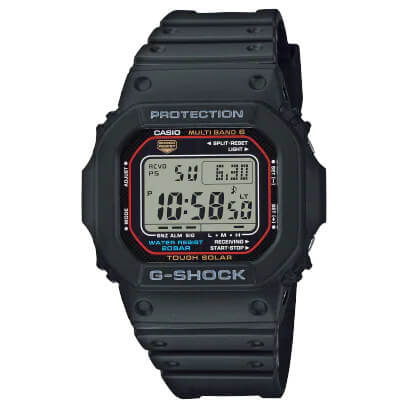 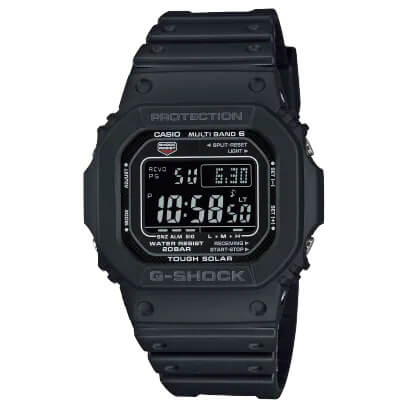 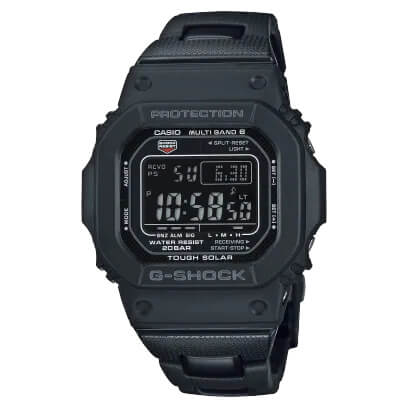 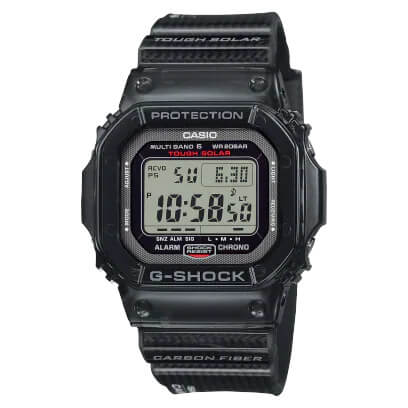 The GW-M5610 series features Tough Solar and Multi-Band 6. The G-5600 has Tough Solar but not Multi-Band 6. The GW-S5600 is known as the lightest G-Shock watch for men (47 grams) and has a titanium case back and carbon fiber insert band, with the GW-S5600-1JF being an active model in Japan. The GW-5000 has a screw-back case (like the original DW-5000C and other early G-Shock models) with DLC, and the GW-5000-1JF is an active Japan-only model that is popular with fans and watch enthusiasts around the world.

We’re not sure if “Speed Model Series” is the official name for this series, or if the original source gave it this name informally. We believe it is probably the latter. “Speed model” is often used in Japan to refer to a 5000 series watch, because of the DW-5600C worn by Keanu Reeves in the 1994 movie “Speed.”

Update: Based on some leaked images that we’ve seen, these models are the same colorways as their non-U counterparts, and based on a different LCD indicator (“LT” versus “A.EL”) and label (“Light” versus “EL Back Light”), it appears that all of these U models may have an upgraded LED light instead of the old style of EL backlight. More recent square models like the GMW-B5000 and GW-B5600 also have an LED backlight. The Google-cached page from an official European site for the GW-5000U-1ER has the module number listed as 3495, which is different than the GW-5000-1 (module 3159). The older non-U GW-M5610 and GW-S5600 models also have module 3159, so the GW-M5610U and GW-S5600U models are expected to have module 3495.

I think they should update the 3179 module someday.