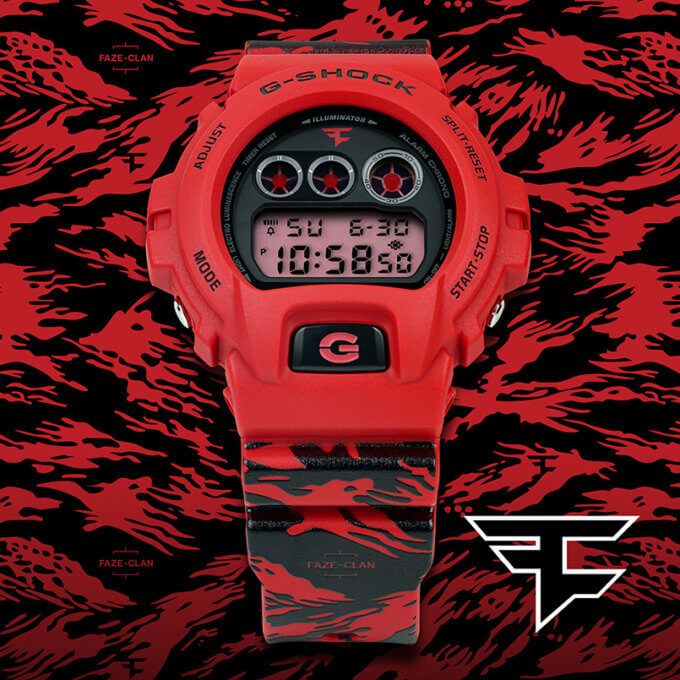 Casio America is partnering with an esports organization for the first time to release the G-Shock DW6900FAZE20-4CR. The limited edition watch commemorates the tenth anniversary of FaZe Clan.

The base is a red DW-6900 featuring FaZe Clan’s signature black and red tiger camouflage pattern printed on the band. This pattern is a tribute to the early days of the clan, when members used a red tiger skin on their in-game sniper rifles. Other custom enhancements include the FaZe Clan logo and name on the watch face, a “FAZE UP” graphic on the EL backlight, a commemorative tenth anniversary stainless steel case back with logo, and a red-tinted LCD display. The watch comes in a custom box and tin case with the black and red camo print and FaZe Clan logo.

FaZe Clan is one of the most high profile esports teams, thanks to a $40 million series A funding round led by Jimmy Iovine and NTWRK that attracted many athletes, musicians, and music executives. The Los Angeles-based FaZe Clan began as FaZe Sniping in 2010 as a Call of Duty clan with three players. Its roster has since expanded to over forty players and over forty content creators in a variety of games. In 2020, it expanded into Asia by acquiring PUBG Mobile and FIFA Online rosters from Thailand. 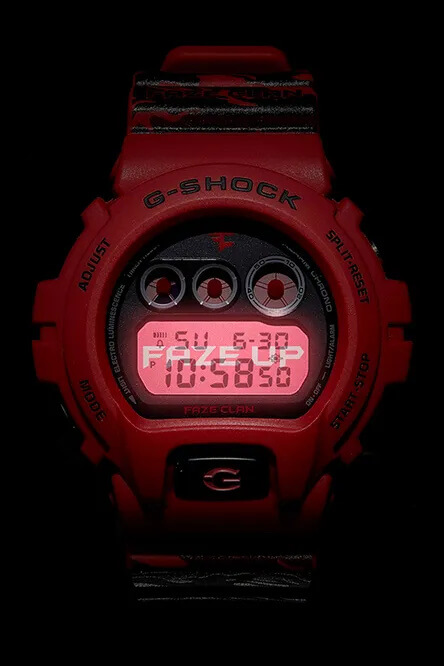 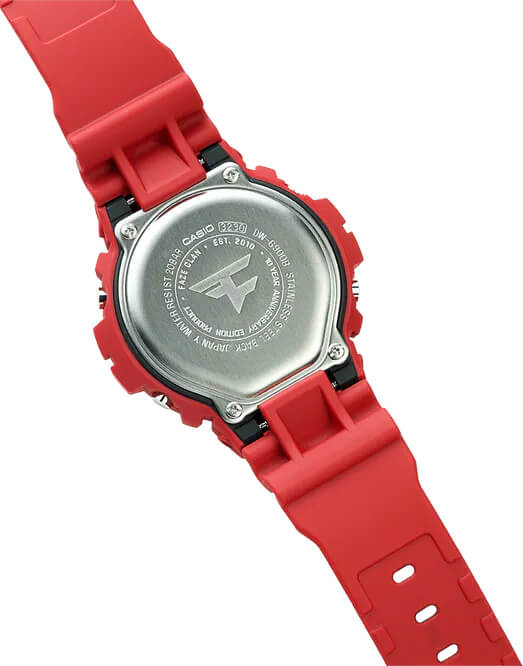 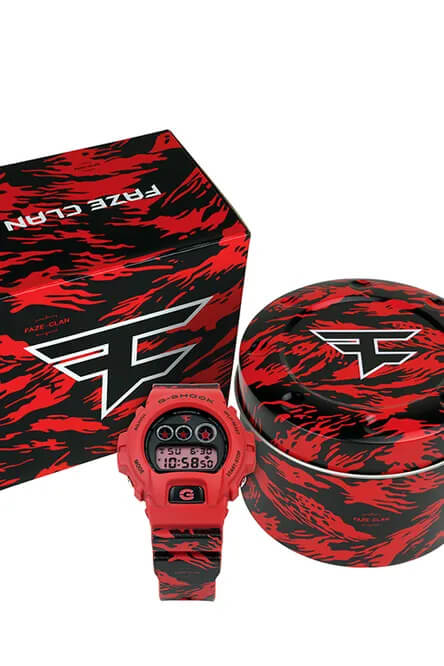