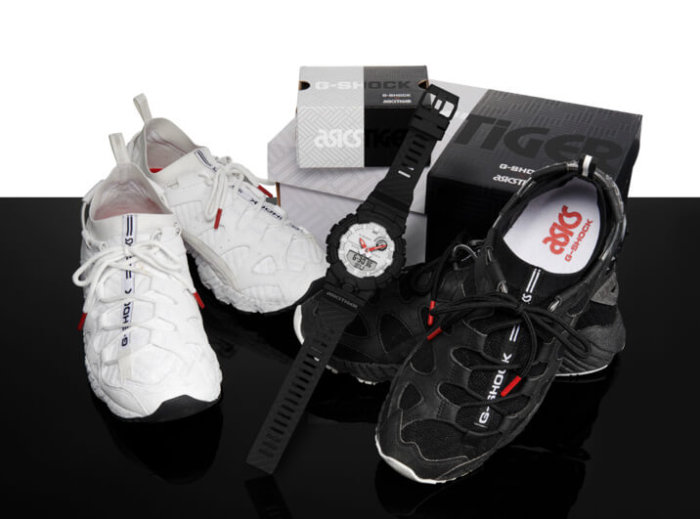 G-Shock watches and sneakers are a natural combination in streetwear culture. Japanese shoemaker ASICS Tiger (a.k.a. ASICSTIGER) is set to take advantage of this synergy as it teams up with Casio to release two pairs of co-branded sneakers and a custom G-Shock GBA-800AT-1A watch. The sneakers are black and white pairs of ASICS Tiger Gel-Mai Knit shoes with ASICS and G-Shock logos. The Gel-Mai Knit line has asymmetrical eyelet stays, fuzeGel cushioning, and a knit material upper. The G-Shock GBA-800 is part of the new G-SQUAD fitness line released this year and features a Step Tracker, stopwatch with target time alarm (up to 10), interval countdown timer (5 with auto-repeat up to 20x), and Bluetooth mobile link. The custom G-Shock GBA-800AT-1A has a matte black bezel with stealth lettering, textured markings on the bezel and band, an ASICS Tiger logo on the band, ASICS Tiger-branded case back, a matte white face, and red-accented hands. The custom packaging resembles an ASICS shoe box.

Update: Casio America announced the ASICSTIGER x G-Shock GBA800AT-1A for a July 2018 release with a list price of $160 USD. 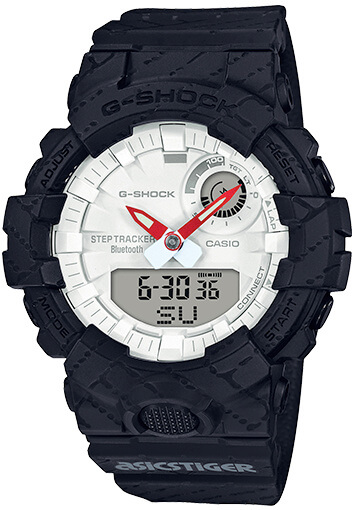 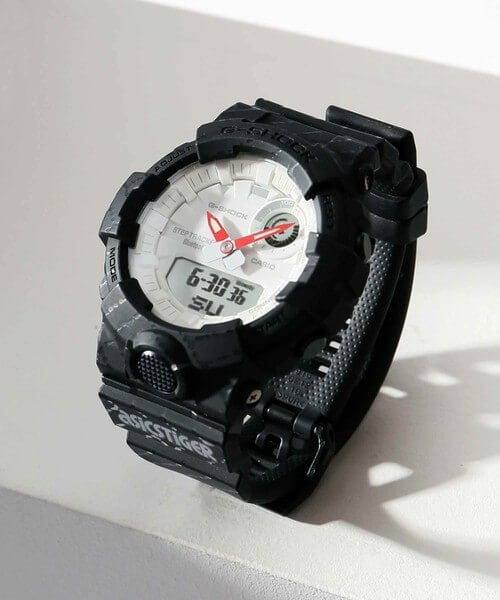 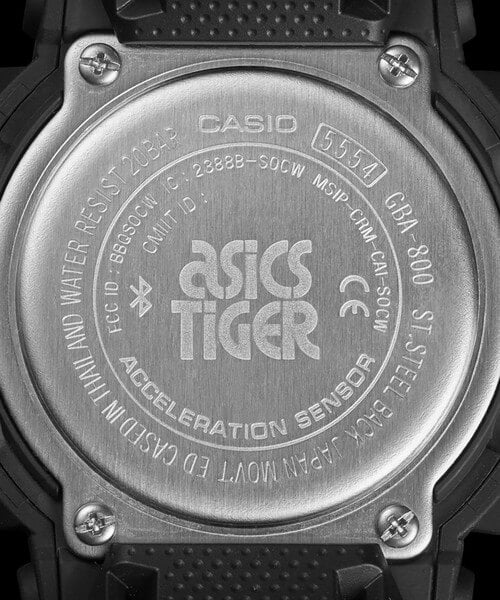