G-Shock shows no signs of slowing down in 2018 with fifteen watches scheduled for a January release in Japan. Four of those are part of the all-new G-STEEL GST-410 series. The steel-bodied GST-410 features an asymmetrical display that resembles the GA-110. This G-STEEL is a full size extra-large model with the same dimensions as the original GST-S100 (59.1 x 52.4 x 16.1 mm). Unlike the first G-STEEL this is a non-solar watch with an estimated battery life of 3 years.

Update: The black GST-410-1A is scheduled for a January release for the rest of Asia, but not the other three. 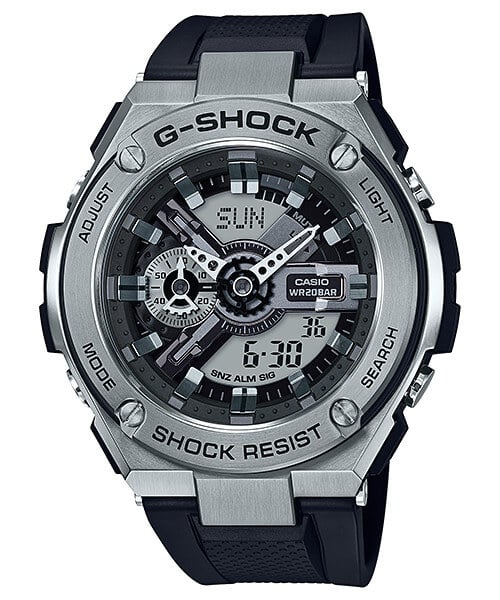 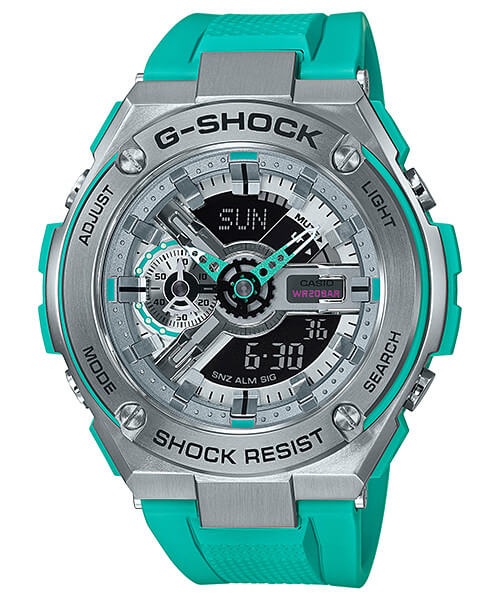 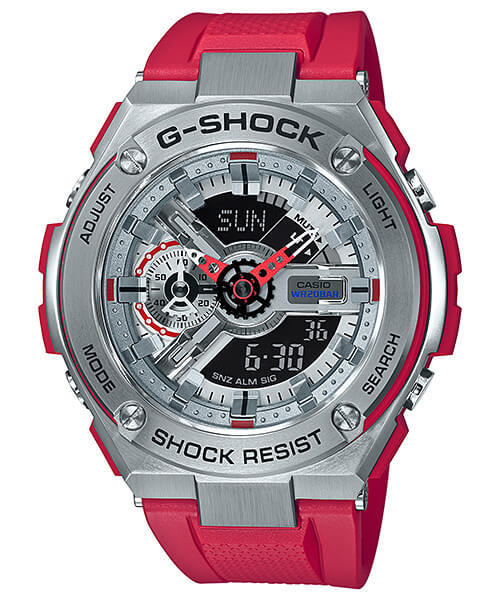 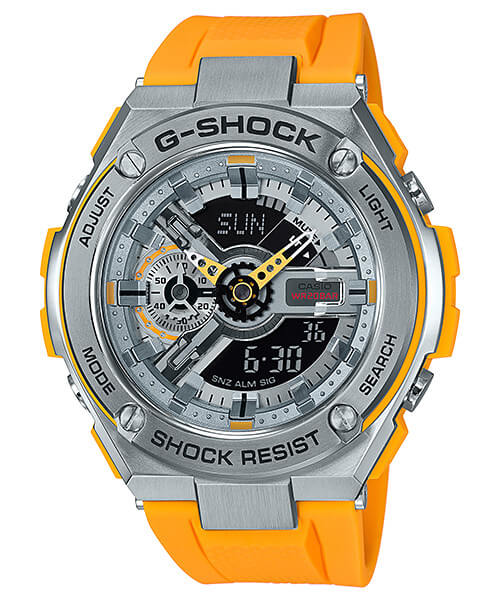