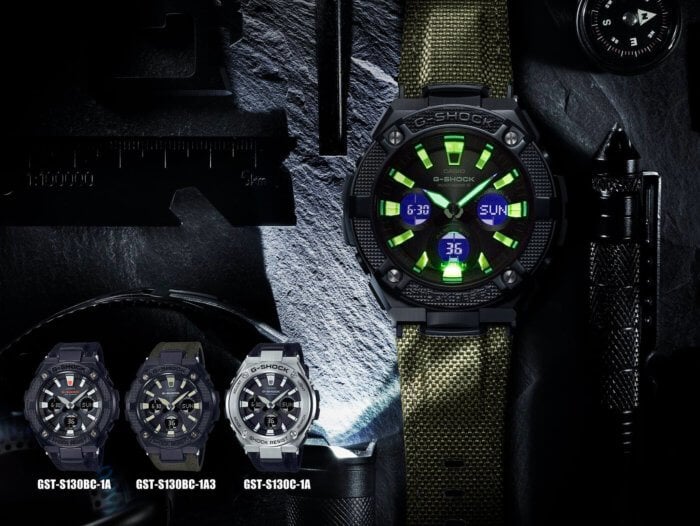 The GST-S130BC series introduces new features to the G-STEEL line like the hybrid Tough Leather and Cordura band and the Neon Illuminator UV LED light for the hands and markers. The band is made of a core of resin, with an outer surface of Cordura nylon-like fabric and an inner surface of synthetic Tough Leather. A new style of urethane bezel has a unique knurled texture that resembles the grip of an instrument or tool. Altogether these features offer a new tactical-style look for the G-STEEL series along with enhanced readability in the dark. While the G-STEEL line was previously regarded as a more refined style of G-Shock, the GST-S130BC series adds a more ruggedly styled option for the outdoors. 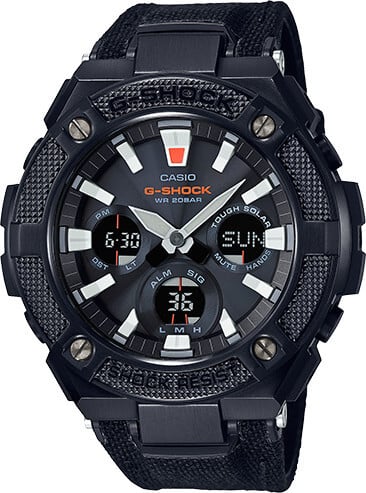 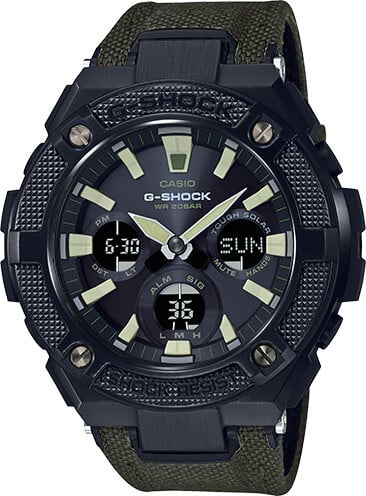 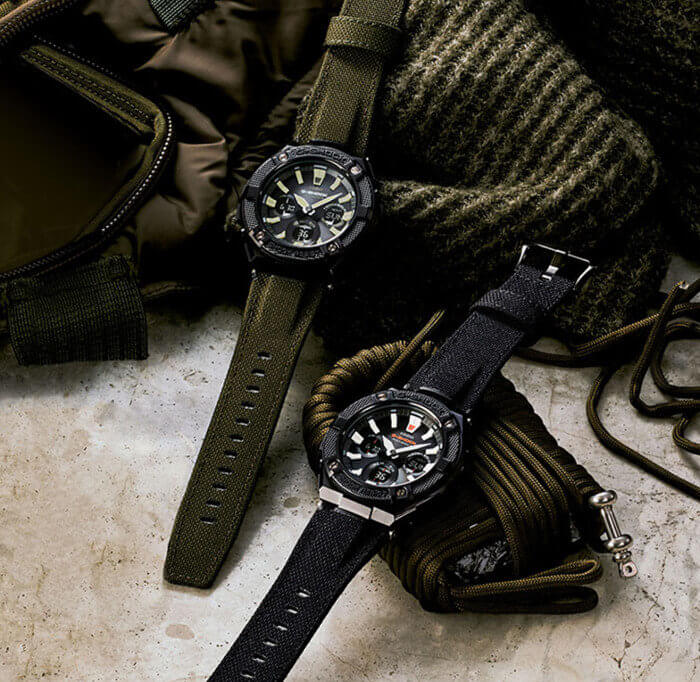 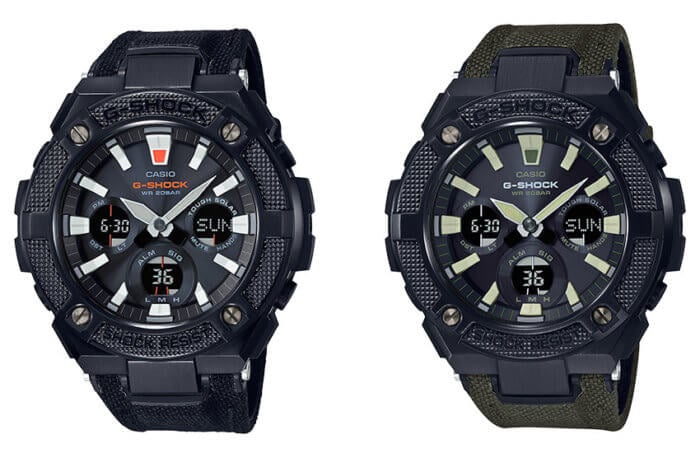 Casio G-Shock Mudmaster GWG-1000: Mud-resistant with Triple Sensor, solar, Multi-Band 6
Disclosure: G-Central is managed by fans and supported by ads. We may earn a commission on purchases from our links to Amazon, eBay, and Reeds Jewelers. Please follow your country's official G-Shock site for additional release information.

Is the strap from the GSTS130BC-1A3 available to buy separately?
I have a GSTW130L-1AER with the brown leather look strap, and it would be cool to have the option to swap them out.

You can try contacting PacParts…
https://www.pacparts.com/library/model.cfm?mfg=Casio&model_id=GSTS130BC-1A3&action=list_part&back=0